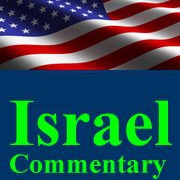 Bogart and Bergman will “always have Paris.” For the rest of us there is no more Paris.

There is no more Europe, and it’s happening awfully fast.

Millions, even as we speak, are emptying the hellholes of Syria and Iraq and Afghanistan for the fleshpots of France, Spain, Italy and any other European country that will take them in, and most do so happily or reluctantly. Germany is the prime destination, and Germany appears to welcome the invasion.

We have it from various sources (grateful help from Soeren Kern at the Gatestone Institute) that by the end of the year, Germany will have taken in six million new people, mostly Muslims. Do we have to spell it out, what this means – Six Million? No, not necessary.

But call it payback. Call it Karma, for the day is nearing for a new anthem to the tune of  “The Koran Uber Alles.”

As followers of these pages are aware, Europe has never been our favorite continent. Even so the comeuppance isn’t pretty to watch.

Merkel and the other EU leaders are frantic. The BBC is near hysterical with hourly on-site reports about the migrant takeover that’s coming straight at them. We saw it coming in this book that spelled it out page after page, the perfect storm of Islamic migration – but nobody in high places heeded the warning or bought the book. Five bucks could have saved the world.

Yet word is that the Germans are happy to welcome this new resource, blissfully untroubled that this new population brings with it unique lifestyles and too often does not play well with others. Let’s try political correctness and just say that Islam is different. Different rules, and before you know it, it’s their rules that do the ruling.

Some time ago, in a particularly dark frame of mind, we wrote this for Arutz Sheva:

“As for you masters of Europe and your treachery; one day your sly anti-Semitism will come back to haunt you. Over the centuries, you have uprooted a thousand synagogues and replaced them with ten thousand mosques. Wait, now, and see what grows from the soil of Ishmael. Your churches are next.”

The typical German – if there is such a thing anymore – says that the influx is good. Why? Because the Christian birthrate has flattened.

We need fresh blood, they say. Olga, my Swedish waitress, says the same thing about Sweden. “We have no culture,” she says. “We need fresh culture.”

Hungary is trying to stop the flow – but the multitudes keep on coming. On the one hand this is a humanitarian crisis that merits kindhearted justice. On the other hand, one culture, arriving in numbers so large, is consuming the established culture, threatening to obliterate a thousand years of tradition.

For your next European Vacation, leave your Bibles back home.
Back during the Korean War, America’s generals were worried that China might simply make it a stampede.

Ten million Chinese – UNARMED – would simply march in and erase all borders.

That’s Europe in a nutshell, only it’s Muslims who are encamping Europe by the millions. They don’t need guns to change the face of a continent, and make no mistake, the face lifting is a drama being played out by the hour, so for your next European Vacation, leave your Bibles back home.

Forget your Guide to the Cathedrals. Brush up on your Arabic. Beware the no-go zones.

Forget Marseille. Once a French jewel it is now a dangerous Kasbah.

In England girls and women face a rape epidemic caused by Pakistanis who’ve been imported by a welcoming government.

So it goes throughout much of Europe.

The word schadenfreude comes to mind. This means happiness at another’s misfortune. Be careful about this.

Yes, Europe, the continent that wiped its Jews off the map, Six Million one at a time — deserves what it’s getting.

They come as migrants seeking shelter. Our mercy knows no bounds. That’s how it begins. That is never how it ends.

Case by case we owe the refugees our mercy, but it is strange that they are not crashing the gates of Muslim countries, their brothers.

Continents are shifting. The globe is being turned upside down. But there is a method to the chaos. There is a plan.

One morning we will wake up to find out what it is. But by then it may be too late.