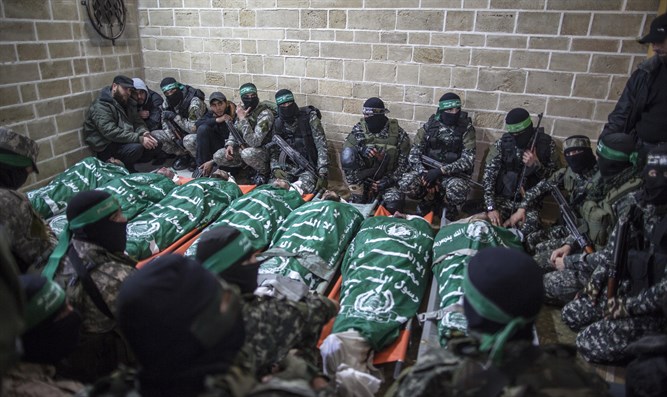 State calls on Supreme Court to reject petition to rescue terrorists in exploded tunnel, on grounds that all missing in blast were killed.

The State Prosecutor’s Office today requested the Supreme Court reject outright the petition filed by the anti-Zionist Adalah Arab legal aid organization demanding that rescue forces be given access to the terror tunnel that was bombed last week along the Gaza border.

The State’s response to the petition stated that all terrorists missing in the wake of the explosion who were inside the tunnel were killed, and therefore does not involve concern for human life.

In addition, the response noted that “At the time of writing, IDF forces are still carrying out various operations related to the tunnel.”

The petition had claimed that the decision not to allow the operation of rescue forces endangered human life and contravened international law.

“Preventing the respondents from allowing the search, rescue, and evacuation of wounded to hospitals, who are liable to die from their injuries as a result of the Israeli attack, and preventing evacuation of the bodies of those killed from areas currently under their full control constitutes a flagrant violation of Israeli law and the rules of international law binding on the State of Israel.”

On Thursday, the Coordinator of Government Activities in the Territories, Major General Yoav Mordechai, said that Israel would not allow Palestinian Arabs to extract the bodies of terrorists from the terror tunnel destroyed this week by the IDF in the Gaza Strip without progress on the issue of Israeli POWs and MIAs.

“Following the request of the International Committee of the Red Cross to reveal the location of the terrorists missing under the tunnel, which was handled by the IDF this week, the Coordinator of Government Activities in the Territories, Major General Yoav Mordechai, spoke to the head of the delegation of the International Committee of the Red Cross,” the COGAT announcement said. It also noted that Maj. Gen. Mordechai “made it clear that Israel would not allow search operations in the security barrier area in the Gaza Strip without progress on the issue of Israeli POWs and MIAs.”