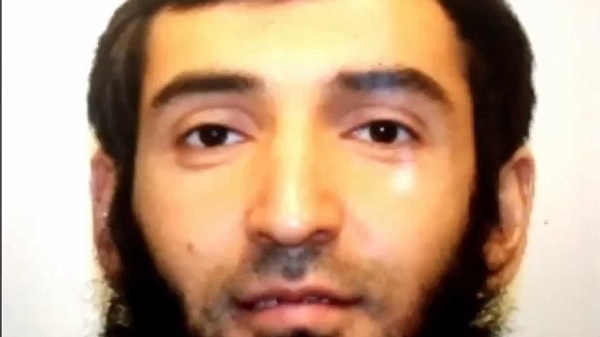 The expiration date for this nonsensical term has passed and it’s time to deal with the harsh truth about Islam.

This is very bad.

For anyone who continues to foolishly use the term, “self-radicalization” you must either abandon the actual meaning of words or realize that you are propagating an erroneous understanding of the traditional doctrines of Islam.

Truth-speakers hate when this happens, Sayfullo Saipov loves it.

Almost as much as he loved killing and maiming non-believers with a rental truck.

Here are some simple facts to stimulate your proper thinking about “self-radicalization.” First some definitions:

When we put the actual meaning of these words together “self-radicalization” reads like this:

“A person committed to drastic reform of some tradition.”

Now, here’s where the weak-minded drive the English language off the rails by changing this simple definition to a more socially acceptable definition like this:

“That crazy-ass Muslim, who is probably mentally ill, who just killed a bunch of innocent people became that way in some unknowable way, through the influence of nothing while sitting in his garden smoking from a hookah!”

Once this “socially comfortable,” detached from reality definition gets into the public square, usually through the 24-hour news cycle, then somehow this abolition of the English language becomes a mainstream belief for those among the weak-minded.

Once accepted as mainstream then there is no turning back to the truth, it is too late, too much stupidity to overcome…the bad guys win, again.

Now, back to the real definition of “self-radicalization,”

“A person committed to drastic reform of some tradition.”

It is here that the weak-minded do their bait & switch on the word tradition with the inference being that the tradition of Islam never heard of the words sword, beheading, submission, infidel, kill, enmity, or jihad. The weak-mined paint some traditional image of a blue-sky Islam with streaming rivers, smiling faces and people hugging each other while running through fields of flowers.

You know that blue-sky image, just like the image on every Islamic flag minus the swords, AK 47’s and Allahu Akbars.

So, the proper understanding of self-radicalization lives or dies on the TRUE tradition of Islam. Now really, do I have to take time and lie through my teeth about what everyone sees with their own eyes?

Violence, war, death and destruction are the tools used by the “greatest man,” Mohammed and his followers to accomplish their First Jihad and Second Jihad successes and now working on the Third Global Jihad. If you reject this factual aspect of history what do you believe? Did Mohammed go door-to-door sharing the love of Allah and how his grace could save mankind from a life of desperation and an eternity of destruction?

Was that how Islam conquered the world, TWO times, never using those swords or AK’s?

So can we agree that the tradition of Islam directs the war-fighting actions of its men?

Ask New York City Mayor Bill DeBlasio or Governor Cuomo if this jihad tradition is true and they will have you arrested for violating the safe-space of the Muslim Brotherhood in New York!

Talk to the Muslim Brotherhood in the Middle-East, or any Islamic scholar from Al Azar in Egypt, or any Ayatollah in Iran or read Reliance, the handbook of Islam, and they will tell you exactly this – the tradition of Islam directs the war-fighting actions of its men.

Well if this is true, and it is, then the weak-minded must unravel this enigma.

How can Sayfullo Saipov radicalize himself to drastically reform the tradition he fully believes in, to change that tradition into the blue-sky image of Islam that he rejects?

Do you see how crazy this puzzle becomes when we abandon the true meaning of words and history?

Consider this alternative explanation that maintains the integrity of words and the facts of history.

In that the Muslim terrorist, Sayfullo Saipov, is following the historic, doctrinal tradition of Islam he obviously has no interest in “drastically reforming” that tradition to the blue-sky version pushed by those well-known Islamic sages, DeBlasio and Cuomo. Instead, the killer is devoutly following the exact traditions of doctrinal Islam and is no more radical than a Christian who devoutly follows the traditions of Jesus Christ. If words have meanings then it is really those Muslims who push Islam as a “religion of peace” who are the radicals, drastically trying to change from the traditions of Islamic jihad to a blue-sky, interfaith nonsensical view of doctrinal Islam.

Now, non-Muslims may prefer the blue-sky Islam but as we know, preference does not dictate reality!

If you are following this reasoning you may be getting a bit uneasy in your belly as the fog is slowly clearing and you are starting to see that the Muslims jihadis are really the most pleasing to Allah and Mohammed as they devoutly follow the doctrinal traditions of Islam!

But, this can’t be, you cry out! How can a “religion-of-peace,” have a tradition of violence?

A casual reading of Islamic scriptures substantiates the tradition of Islamic violence as a modus operandi in fighting the unbeliever, creating terror and pleasing Allah.

Quran 8:12 “I will cast terror into the hearts of those who disbelieve. Therefore strike off their heads and strike off every fingertip of them”

If you are Sayfullo Saipov and you want to devoutly follow Mohammad and Allah and you read many verses like Quran 8:12 is it “radical,” from Mohammad’s point of view, to run a bunch of infidels over with a truck, in a sinful city on a pagan holiday?

Ah, now you are starting to understand the conclusive argument that Sayfullo Saipov is NOT a radical Muslim but a devout Muslim, following the directives of the Quran, the words of the Prophet and the traditions of Islam. Saipov is NOT “self-radicalized,” but simply a student of traditional Islam deeply engrossed in an on-line study program, just like millions of other students doing course work. There is nothing “self” about this process, it requires the participation and assistance of many other fellow travelers.

It is about this time that the weak-minded start screaming and calling me a “hater” for accurately explaining the history, doctrine and traditions of Mohammad’s Islam. When asked to point out a flaw in the analysis the weak-minded scream more with spit flying from their cursing mouths while they walk away, unable to engage and discuss civilly.

I feel their pain.

If the real radical Muslim is the one who wants to change the factual traditions of Islamic jihad to a more benign, pot-luck kind of lovey-dovey religion then you can imagine the internecine battles that could occur.

Oh really, check you newsfeed on your phone any time of the day and you will see multiple battlefronts of Muslim-on-Muslim, killing and slaughtering fellow-believers! It ain’t a big jump from Muslims justifying killing each other to Sayfullo Saipov carefully planning the brutal murder of non-believers for the sake of the Islamic State and Allah, very close to a spectacular Islamic success, in the greatest city on earth!

Will there be more Muslim truck attacks in the United States? Is there any hope to defeat a devout Muslim killing machine, following the doctrinal traditions of Islam, seeking to please Allah, with an ultimate hope of Paradise?

As long as weak-minded people like Mayor DeBlasio and Governor Cuomo are in charge of defeating traditional Islam, we lose.

As long as America refuses to understand the traditional doctrines of historic Islam, doctrines that mandate the submission of all mankind to Islam, we lose.

As long as Law Enforcement is obstructed in their investigations of Islamic organizations and people who are traditional, devout Muslims, we lose.

As long as intelligent people continue to speak gibberish with the obfuscating concept, self-radicalization, we lose.