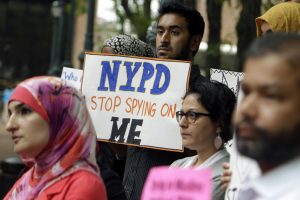 Muslim terrorist Sayfullo Habibullaevic Saipov attended the Omar Mosque near his home in Paterson, N.J. It was one of the many mosques and Islamic organizations that were being monitored by the NYPD in their now-defunct surveillance program in order to avert planned terror attacks. Linda, along with Muslim extremist groups like CAIR, filed a lawsuit which resulted in the program being disbanded (under former FBI director Robert Mueller)…even though a federal court in New Jersey ruled that the NYPD had not violated any laws with its surveillance there. 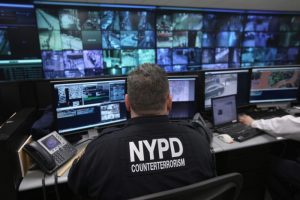 Clarion Project  The NYPD investigations, which began in the years after the 9/11 attacks, centered around whether or not extremists or potential terrorists might be attending the mosque, infiltrating and attempting to sway others to their line of thinking.

In 2011, the Associated Press began running a series of articles detailing and making public the NYPD surveillance program. The articles set off a campaign of misinformation from Islamists and their allies aimed at smearing the department’s anti-terrorism efforts. 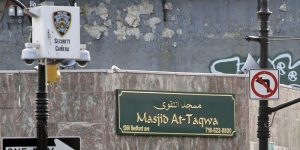 By 2014, under intensive pressure, the NYPD tanked the program. Islamist agitator Linda Sarsour was one of the activists prominent in this campaign to get the program cancelled, saying that the program “created psychological warfare in our community.”

The facts, however, consistently showed that the NYPD was not casting a wide net over Muslims in the hopes of nabbing a few terrorists. Its targets were chosen on concrete information. 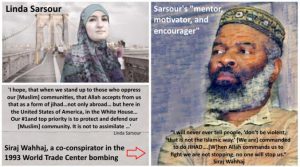 A subsequent lawsuit against the department claiming damages from the investigations brought by a Muslim Brotherhood-founded group among others was dismissed by a district court judge in 2014.

The Muslim extremists argued that the NYPD should pay them for damages resulting from its intelligence-gathering on them, however, according to the judge, the only reason these plaintiffs could allege that they were suffering was because the Associated Press detailed the NYPD operations to the public.

Perhaps if the program had not been cancelled, the latest terrorist attack might have been prevented.