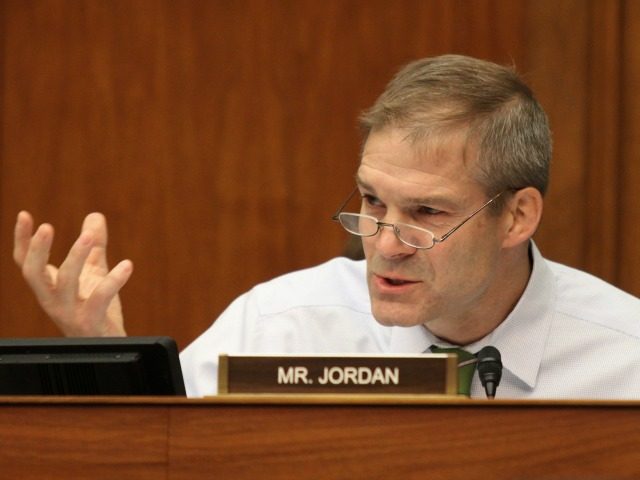 WASHINGTON, DC – Rep. Jim Jordan (R-OH) said now is the time to move the United States embassy from Tel Aviv to Jerusalem on Wednesday during a congressional hearing on Capitol Hill.

“This is the right time to do this thing,” Jordan told the panel. “And that’s why the president recognized the campaign on it and one of the reasons the American people elected him. So let’s just get it done. Let’s just get it done,” Jordan said to applause. “I’m entirely persuaded,” Bolton said in response.

“It is the right thing to do,” Jordan said.

Earlier in his commentary, Jordan noted that America was the first country to recognize Israel’s independence under President Harry Truman and blasted the fact that the United States has embassies in the capital, or seat in the government, of every country it recognizes in the world, except for Israel.

Bolton concurred and noted: “I looked this up but to be sure for many years our embassy in Belize was in Belize City, even though the capitol was in Belmopan, but I see 10 years ago we finally moved our embassy. So we may be down to Israel alone.”

He thanked President Trump for “having the courage to say this is the right thing to do, the time is now, particularly in light of what we went through in the last eight years” under former President Barack Obama and his administration.

The Obama administration took what many interpreted as a final parting shot at Prime Minister Benjamin Netanyahu and the State of Israel by choosing to abstain from, and not veto, a staunchly anti-Israel resolution in the United Nations Security Council in its twilight.

Some Senate Democrats also blasted the Obama administration for its decision.

“Let’s get this done,” he said. “It is the right thing to do. You’ve got to remember who your friends are, who share your common values.”