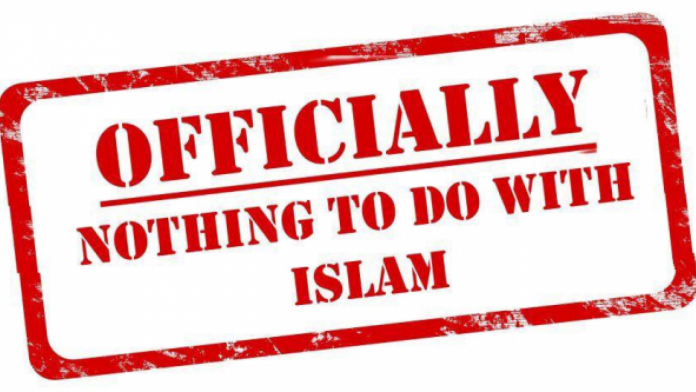 This latest Muslim terrorist attack took place near Toulouse. You may remember Toulouse as the location of the vicious Muslim terror spree by Mohammed Merah which included the murder of Jewish children in a school. There was widespread support for Merah’s actions among Muslim colonists in France.

Now we have yet another terrorist attack.

Abdellah B, a 28-year-old, rammed a Renault Clio into three students at the IGS campus, in a suburb of Toulouse. The victims are Chinese students in their early 20s. Two women and one man.

The French authorities are pivoting to their usuals standby, psychiatric problems. Most media accounts emphasize the psychiatric angle without using the terrorist’s name.

“When he was arrested, he told the police, ‘I am on a mission,'” one of our sources said. The prosecutor’s office of Toulouse also specifies that he said he planned his attack “for a month”.

Abdellah (Slave of Allah) had the usual criminal record that most of these attackers do.

The Mayor of Toulouse is very shocked. And the French media is compulsively interviewing shrinks. But here’s a little context about Islamic terrorists and mental illness.

A Muslim terrorist stabbed four people at a train station near Munich while screaming, “Allahu Akbar”. In between proclaiming the glory of Allah, he also shouted that his victims were all “unbelievers”. A woman heard him say, “Infidel, you must die”.

The German authorities came to the inescapable conclusion that the attack had nothing to do with Islam. Instead the Muslim terrorist had been “mentally ill” and was probably not even fit to stand trial. The Koran wasn’t to blame. It was the fault of his psychological problems.

In Russia, Muslim monster Gyulchekhra Bobokulova beheaded a 4-year-old girl and displayed her head in the street while shouting, “Allahu Akbar. I hate democracy. I am a terrorist. I want you dead.” Faced with these bafflingly inscrutable statements, the authorities blamed mental illness.

The defense for the surviving Tsarnaev terrorist who had carried out the Boston Marathon bombing went one better by blaming the “severe psychiatric disorders” of his parents. The Boston Globe, had interviewed psychologists to determine what possible “mental health conditions” he might have had. The Los Angeles Times tried to find excuses for Syed Rizwan Farook, the San Bernardino Muslim killer, by claiming that he had grown up in a home “racked by mental illness”.

Any excuse except Islam! [emphasis added]