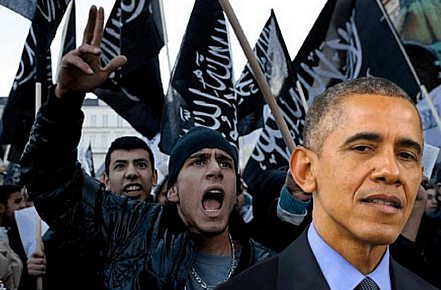 The FBI under President Trump has not taken any steps to replace the flawed Countering Violent Extremism (CVE) counterterrorism training program with fact-based threat analysis of radical Islamic terrorism. In stark contrast, the Department of Homeland Security is moving away from CVE.
This publication asked the FBI:In February 2017, it was reported that the Trump administration might replace CVE with CIE – Countering Islamist Extremism.  What is the status of this at the FBI?The Justice Department Office of Public Affairs replied:We have no updates or new information to provide on this. This publication further asked:Why isn’t the FBI moving forward with a reevaluation of CVE when DHS apparently is?  Specifically, it was reported that DHS is rebranding CVE to “terrorism prevention”; developing a new counterterrorism strategy; and undertaking an end-to-end review of all CVE programs.  Why isn’t the FBI doing these things?  Again, the response was:… no updates at this time.This publication sent several more questions but the Justice Department’s public affairs office failed to answer.  The additional questions are set forth below but, first, some context:How the FBI Facilitated the Shift to CVEIn October 2011, fifty-seven U.S. Muslim groups (including CAIR, ISNA, and MPAC) wrote a letter to then-White House counterterrorism adviser John Brennan demanding, among other things, that all ‘biased’ government training materials be purged and all FBI agents be retrained. The signatories included Muslim Brotherhood front groups that were unindicted co-conspirators in the Holy Land Foundation terrorism financing trial.  Brennan replied to the letter two weeks later pledging quick action.At about the same time, then-FBI Director Robert Mueller promised to conduct a top-to-bottom review of the FBI’s counterterrorism training approach.  The following month, the White House agreed to set up an interagency task force – inviting participation from signatories to the 2011 letter – to oversee counterterrorism efforts at the FBI.  In this way, the enemy successfully got inside the wire.

In February 2012, a number of signatories to the letter met with Mueller for an update on the progress of what they called the ‘purge’.  The FBI told themthat it had eliminated more than 700 documents and 300 presentations from its training materials. (The numbers were later reported as 876 pages and 392 presentations.)

In March that year, House Judiciary Committee staffers met with the person at the FBI handling the purge of counterterrorism materials.   It was learned that the FBI had hired three anonymous outside contractors to review all of the FBI’s counterterrorism training materials.  The FBI representative admitted that the FBI did not know whether the contractors were ‘good guys’ or not.  The FBI provided the staffers with the FBI’s “guiding principles” for reviewing the materials (the ”Touchstone” document). The FBI’s principles in effect asserted that supporting a terrorist group that engages in violence is constitutionally protected if the group also engages in non-violent activity.  This is completely contrary to a Supreme Court case (Holder v. Humanitarian Law Project) which held that nonviolent support for a terrorist group violates federal law.  Moreover, you can’t very well ‘counter violent extremism’ if terrorist groups with any nonviolent activities whatsoever are off limits.  Such principles ham-string counterterrorism agencies and shut down terrorism investigations.

Later, when Congress asked follow-up questions, the FBI started obstructing.  When questions were asked about the identities and qualifications of the FBI’s outside experts, the FBI classified their names.  When members of Congress asked for the purged training materials, they had to sign confidentiality agreements and go to a secure room at the FBI to view them under close monitoring.

In May 2012, Rep. Louie Gohmert gave a floor speech using a graph by purged counterterrorism trainer Stephen Coughlin showing how terms used by the 9/11 Commission – e.g., jihad, Islam, and Al Qaeda – were eradicated from the FBI’s Counterterrorism Analytical Lexicon.  In response, the FBI falsely claimed that no such Lexicon existed.

As mentioned above, unidentified ‘subject matter experts’ determined whether the FBI’s counterterrorism training materials were ‘offensive to Islam’.  Among the purged materials were references to the Muslim Brotherhood’s ties to terrorism and Al Qaeda’s links to the 1993 World Trade Center and Khobar Towers bombings.  Also purged was material making the indisputable observation that “young male immigrants of Middle Eastern appearance … may fit the terrorist profile best.”  Suggesting that radicalization occurs at mosques drew objection.  The reviewers also cited the tired old claim that ‘the Muslim Brotherhood is not a terrorist organization’ in objecting to other material.  Mueller himself had previously characterized the Brotherhood as a group supporting terrorism in the U.S. and abroad.  Then there was the completely subjective and very convenient objection that some material was just too “inflammatory”.  The truth hurts.  And now for the pièce de résistance: “the overall tenor of the presentation is too informal in the current political context,” whatever that means.

And thus it was that standard fact-based counterterrorism analysis was obliterated and the CVE era began.  The Muslim Brotherhood smiled and said it was good.

All of these events occurred AFTER the Senate Homeland Security Committee’s Ft. Hood report of February 3, 2011 which found that “The FBI’s Training Materials Contemporaneous To The Hasan Inquiry Did Not Adequately Cover The Ideology Of Violent Islamist Extremism” (p. 76).  The Ft. Hood report further recommended (pp. 77,88) that “The FBI and other intelligence agencies should ensure that they have sufficient understanding of the ideology of violent Islamist extremism and that ideological indicators or warning signs have been developed for use by agents.”  The FBI ignored these recommendations and the tragedy at Ft. Hood which prompted them.  The shift to CVE and purge of previous training materials guaranteed that Islamist extremism would be understood even LESS, not more, as the Ft. Hood report had recommended.

At a Senate Judiciary Committee hearing in June 2016, Sen. Ted Cruz pointed out that “The FBI counterterrorism lexicon uses the word ‘jihad’ zero times.”  The same is true of the national intelligence strategy of 2009, the CVE strategic implementation plan of 2011, the national intelligence strategy of 2014, and Customs and Border Control records after they were scrubbed of all references to jihad and the Muslim Brotherhood, Cruz said.

Despite these warnings, the FBI has not taken any steps to replace CVE with Countering Islamist Extremism (CIE) or other counterterrorism approach that focuses like a laser beam on radical Islam and the terrorist attacks it provokes.

This publication sent the following questions to the Justice Department Office of Public Affairs, but no answers were forthcoming:

Regarding my first two questions (status of replacing CVE at the FBI and why the FBI isn’t taking steps like DHS with respect to CVE), what process did you follow to determine the answers and who did you ask within the FBI for information (please provide name, title, and department)?

Many experts are of the view that jihad and world domination are core doctrines of Islam.  Because of these core doctrines, ‘real’ Islam is a threat to America.  How do you respond?  If your answer is that these experts are mistaken about the doctrines, please explain why.  If your answer is that Islamic doctrine is unimportant, please explain why. [FBI agents were correctly taught before the CVE era that Islamic ideology itself and mainstream Muslims pose a threat to the United States.]

The Ft. Hood report recommended identifying violent Islamist extremism by name (p. 48).  Do your current CVE counterterrorism training materials do so?  If so, please provide the specific materials.  If not, why not?  If Senators Lieberman and Collins were wrong in making this recommendation, please explain why.

The Ft. Hood report also recommended (p. 77): that the FBI should produce in-depth analysis of the ideology of violent Islamist extremism, the factors that make that ideology appealing to individuals (including U.S. citizens and legal permanent residents), and what ideological indicators or warning signs show that the individual is weighing or accepting the ideology. Have these recommendations been implemented?  If so, please provide your current CVE training materials that embody the implementation.  If the recommendations have not been implemented, why not?

Please provide the pre-CVE counterterrorism training materials reviewed by members of Congress as a result of the March 2012 meeting between the FBI and House Judiciary Committee staff (described here at p. 13).

Please provide evidence of success in partnering with community groups in the CVE programs and the metrics by which success is judged. [As noted in the first part of this Special Report, GAO criticized CVE for lacking any metrics that could be used to determine whether the program is succeeding or failing.]

John Guandolo charges that the FBI is not sharing information about the activities of the Muslim Brotherhood and its front groups in the U.S. with local and state law enforcement.  How do you respond?

Guandolo also alleges that the FBI is not investigating and pursuing individuals and organizations which are supporting and training jihadis in America.  How do you respond?  If such investigations are taking place, please explain how the fact that Phil Haney was ordered to remove all such information from the DHS database has affected your investigations.

Why aren’t the FBI’s current counterterrorism training materials available to the public online?  Will you do so now?

More evidence has come in that Islam is a supremacist ideology and jihad is core doctrine:Studies from a Princeton economist and the World Bank disprove that poverty is the root cause of terrorism.

Omar Mateen paid all his debts a week before killing 49 in Orlando. Under sharia law, martyrs are forgiven all wrong-doing, except nonpayment of debt.

John Guandolo summation: “jihad is warfare against non-muslims and is obligatory until the entire world is under sharia (Islamic law).” 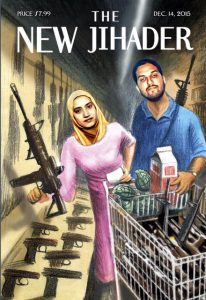