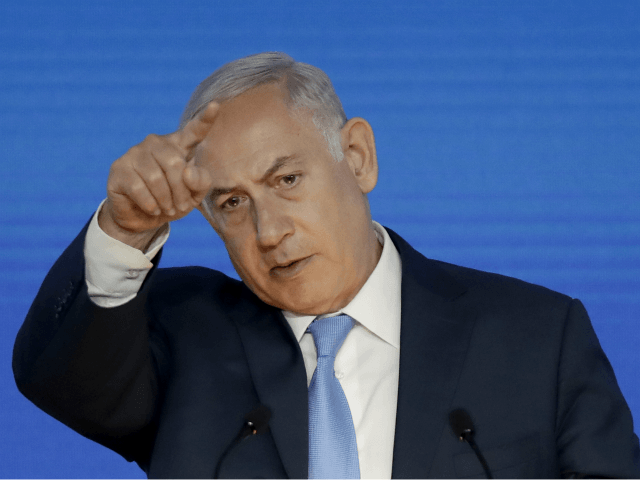 TEL AVIV – Prime Minister Benjamin Netanyahu warned on Sunday that any terror groups plotting attacks against Israel will be dealt with harshly.

“These days, there are still those who toy with trying renewed attacks on Israel,” Netanyahu said at the weekly cabinet meeting. “We will take a very strong hand against anyone who tries to attack us or attacks us from any sector.”

“I say this to every entity, rogue faction, organization — every one. In any case, we see Hamas as responsible for every attack that emanates from, or is planned against us in the Gaza Strip,” he said.

His comments came after the Palestinian Islamic Jihad group in Gaza threatened Israel with retaliation for blowing up a terror tunnel, killing 12 terrorists.

On Saturday, Coordinator of Government Activities in the Territories Major Gen. Yoav (Poli) Mordechai publicly warned Islamic Jihad that it was “playing with fire” by threatening Israel.

“We are aware of the plot being waged by Palestinian Islamic Jihad against Israel. They are playing with fire with the residents of the Gaza Strip and at the expense of Palestinian reconciliation and the entire region,” he said in Arabic, adding that the terror group’s leader, Ramadan Shalah, and his deputy, Ziad Nakhaleh, would be “held accountable” for the consequences of their actions.

Last week, Netanyahu announced that Israel would hold on to the bodies of five terrorists killed in the tunnel blast, a move that Israeli lawmakers said would help in a potential exchange for the bodies of slain IDF soldiers held in Gaza.

PIJ responded to the IDF’s announcement that it was keeping the bodies of five terrorists found in the tunnel by saying that Israel “will not be able to bargain over our fighters.”

“Our battle is open and shall not end. The freedom tunnel is not the only tunnel owned by the Islamic Jihad. It has many tunnels and many options,” senior PIJ member Ahmad al-Mudalal warned.