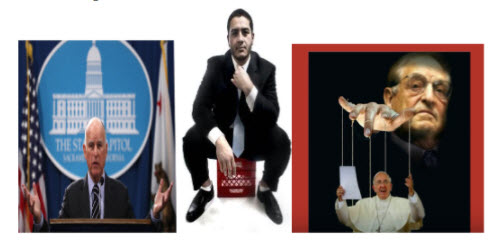 California is now a Sanctuary State following in the footsteps of Connecticut, Colorado and New Mexico. 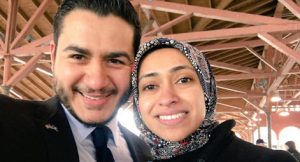 The bonus for the Red-Green Axis is the Sharia-compliant El-Sayed’s association with the Muslim Brotherhood and CAIR. The lawlessness of a Sanctuary state is the perfect cover for a move to make Michigan a sanctuary for the open practice of Islamic law despite its inherent violation federal and state law.

On November 8th, Steve Bannon was the featured speaker at a fundraiser for the Michigan GOP where the establishment candidates for Governor, Attorney General, and Secretary of State boldly proclaimed their presumptive victories in November, 2018.

Not one word was spoken about Sanctuary or Sharia.

Establishment candidates Schuette, Leonard and Grot have repeatedly been asked to state their position on Sanctuary via the Secure Michigan Questionnaire.

Ironically, the one GOP gubernatorial candidate who was not allowed to speak at the GOP/Bannon event is also the only one who is brave enough to take a stand against Sanctuary, Sharia and the Grand Transformation:

Do you support making Michigan a Sanctuary State?

No.  A fundamental tenet of our social compact as citizens of the United States is the rule of law.  The concept of a sanctuary city or sanctuary state is antithetical to this tenet.

How straightforward and simple is that. Why can’t the Michigan Establishment Republicans address the issue?

Americans from across the country owe it to themselves to take an active interest in the David and Goliath battle for the future of Michigan and beyond. It will take the providential slingshot of national recognition and funding for Colbeck to first defeat the GOP Establishment and then Abdul El-Sayed.