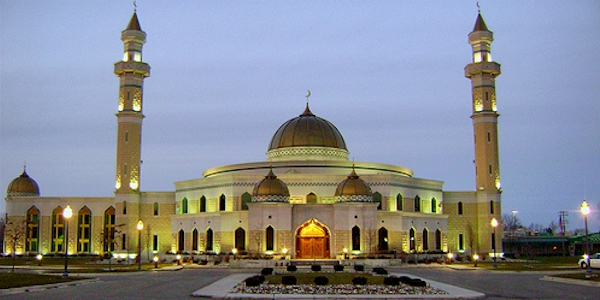 Largest mosque in the United States, in Dearborn, Michigan

(This is the first part of a continuing series looking at the spread of mosques in America and related issues of religious liberty and national security.)

WASHINGTON – It is a growing dilemma across the country.

Americans are traditionally loathe to do anything that smacks of violating religious liberties. But many feel reason to be concerned when a mosque is proposed for their neighborhood.

Not all mosques may become havens or breeding grounds for terrorists or radical Islamists.

But, mosques usually serve as “centers of gravity” for jihadi rings, according to Philip Haney, one of the nation’s top experts on radical Islam and former terrorist identification expert for the Department of Homeland Security.

Haney told WND that mosques are typically where the radicalization of Muslims occurs in the United States. 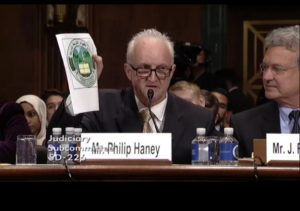 Philip Haney testifies on the infiltration of radical Islam in America before the Senate Judiciary Committee on June 28, 2016

Another reason to be wary is “the Islamic concept of ‘Waqf,’” he added.

“Basically, any land owned by the Islamic community in any part of the world becomes part of a global Islamic trust,” Haney explained.

“In other words,” he continued, “it becomes part of the territory of Islam, to be used specifically for the promotion of Shariah, until all the world submits to Allah.”

The battle over a pair of proposed mosques in Northern Virginia would appear to illustrate the sometimes stressful issues faced increasingly by communities around the country.

That may be especially true after, as WND reported, authorities announced two weeks ago they had arrested a ring of jihadis in the Northern Virginia suburbs, close to Washington, D.C. Authorities said nine ISIS supporters were using social media to plan terrorism, and six had already pleaded guilty.

After the government of the Northern Virginia town of Culpeper turned down an application to build a mosque because of land-use issues last year, it was immediately sued by the Obama administration’s Justice Department for religious discrimination.

A Culpeper resident told WND the group proposing the mosque, the Islamic Center of Culpeper, has had help from the Council on American-Islamic Relations, or CAIR.

That was confirmed to WND by former FBI counter-terrorism trainer John Guandolo, an expert on the Muslim Brotherhood, Islamic Doctrine and the global Islamic Movement, who has been following the Culpeper saga.

CAIR was named as an unindicted co-conspirator in a criminal conspiracy to support both the terrorist group Hamas and the Holy Land Foundation in 2008. 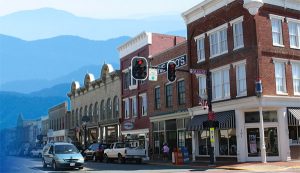 The resident said some elected officials, the county lawyer, supervisors and even the local paper have hesitated to print or say anything in protest due to threats from CAIR.

Opponents of a proposed sprawling mosque complex in Nokesville (near Manassas) have been accused of Islamophobia, even though the group that wants to build it has ties to a pair of radical Islamic organizations.

The All Dulles Area Muslim ­Society, or ADAMS, wants to build a 22,400-square-foot mosque on a site in Nokesville, even though the area only has an estimated 150 to 200 practicing Muslims.

This proposed mosque is also facing land-use issues because the parcel is in a protected zone meant to curb suburbanization of the remaining rural areas in Prince William County. ADAMS wants the facility to link to the public sewer system; the county insists it use a septic tank, which likely would limit the size of the facility.

But the sewage dispute hasn’t stopped ADAMS from insinuating Islamophobia is the real problem.

Rizwan Jaka, chair of the board of ADAMS, chalked up opposition to increased anti-Islamic sentiment across the country, telling the Washington Post, “With over 30 mosques being prevented from being built based off of anti-Muslim bigotry or implicit bias wrapped in land-use arguments, that gives us some concern.”

Syed Murtaza, a member of the ADAMS Gainesville committee, told the Post, “I think it’s very clear that it is more than just a land-use issue.”

Indeed, there is another issue in the minds of the Islamist specialists, and that is there is more to ADAMS than meets the eye. 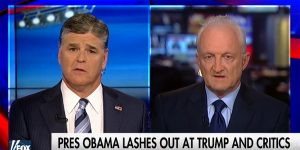 Haney, who studied Arabic culture and language while working as a scientist in the Middle East before becoming a founding member of the Department of Homeland Security in 2002, told WND that ADAMS is part of the global Waqf, he mentioned earlier.

And that it is administered through the North American Islamic Trust, or, NAIT, another major co-conspirator in the 2008 Holy Land Foundation trial.

The former DHS officer and co-author of WND Books’ bestseller “See Something, Say Nothing,” said NAIT holds the titles to the land of many of the mosques linked to the Muslim Brotherhood in North America, including Canada.

“ADAMS is playing by a different set of rules, or worldview, than the people living near the proposed mosque site,” said Haney. “Thus, they hold the sociopolitical advantage.”

He warned, “This scenario has been, and will be, played out ad infinitum across the country, until we begin to recognize, and coherently defend, the Constitution versus Shariah (Islamic law), rather than narrowly defining the argument as discrimination against them civil rights and/or religious liberty of Muslims.”

Middle East expert Clare Lopez of the Center for Security Policy told WND that ADAMS is headed by an imam named Muhammad Magid, who “is the son of the Muslim Brotherhood’s grand mufti of Sudan. He is also the president of something called ISNA, Islamic Society of North America, the largest Muslim Brotherhood front group in the country. And, ISNA, like CAIR, is an unindicted co-conspirator in the 2008 Holy Land Foundation Hamas terror funding trial.”

Get “See Something, Say Nothing: A Homeland Security Officer Exposes the Government’s Submission to Jihad” now at the WND Superstore!

Lopez explained that ISNA’s close connection to the Muslim Brotherhood is indisputable.

“ISNA is actually listed by the Muslim Brotherhood on its own documents called the ‘Explanatory Memorandum,’ which was submitted in evidence at that Holy Land Foundation trial; that’s how we know about it. The last page is a list of organizations, and it says it’s a list of our friends and the organizations of our friends. And ISNA is one of them.”

The Brotherhood claimed to renounce violence as a political strategy in 1971, but that hasn’t stopped it from calling for jihad in America.

The highly respected Middle East Research Institute, or MEMRI, reported that in September 2010, Muslim Brotherhood Supreme Guide Muhammed Badi called for jihad against “the Muslim’s real enemies, not only Israel but also the United States. Waging jihad against both of these infidels is a commandment of Allah that cannot be disregarded.”

The Brotherhood’s mottos include: “Allah is our objective; the Qur’an is the Constitution; the Prophet is our leader; jihad is our way; death for the sake of Allah is our wish.”

According to the Jerusalem Center for Public Affairs, “The Brotherhood advocates a deceptive strategy in democracies: appear moderate and use existing institutions to gain power.”

The center published a 2003 quote from Muslim Brotherhood Spiritual leader Yusuf al-Qaradawi: “The civilizational-jihadist process … is a kind of grand jihad in eliminating and destroying the Western civilization from within and ‘sabotaging’ its miserable house … so that it is eliminated and God’s religion is made victorious overall other religions.”

Given all that, Northern Virginians might understandably have questions when a mosque is proposed in their neighborhood, especially one with such close ties to the Muslim Brotherhood.

And especially, as Haney noted, “The people in Northern Virginia must also be aware of the recent arrests of nine local individuals on terrorism charges.”