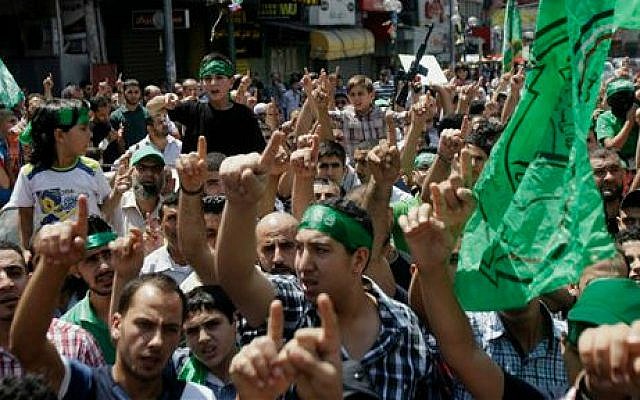 The approved measures include the Palestinian International Terrorism Support Prevention Act (H.R. 2712), that will impose sanctions to end support for Hamas and the Palestinian Islamic Jihad from Iran and its Lebanese proxy Hizballah.

“Iran and Hizballah are clearly working to extend their influence over Hamas and the Palestinian Islamic Jihad in the Gaza Strip through increased financial and military aid,” said U.S. Rep. Ed Royce, R-Calif.

The U.S. State Department designated Hamas as a Foreign Terrorist Organization (FTO) in 1997 and the Treasury Department named it a Specially Designated Global Terrorist (SDGT) in 2001. So far, Hamas has been responsible for the deaths of 400 Israelis and at least 25 Americans.

Royce, chair of the House Foreign Affairs Committee that endorsed the bills, held Iran accountable for Hamas’ control of the Gaza Strip for over a decade. “Iran is also why Hamas and Palestinian Islamic Jihad have thousands of missiles and rockets, and continue digging tunnels of terror under the border with Israel,” he said.

The bill also focuses on “significant financial and military support” Hamas receives from Qatar, including its government-supported Al Jazeera news network, which has provided a platform to senior Hamas leaders, including the terrorist group’s leader Khaled Meshaal.

Another bill approved by the Foreign Affairs Committee is the Taylor Force Act (H.R. 1164) that will block U.S. financial aid to the Palestinian Authority (PA) until it stops paying families of suicide bombers and Palestinian prisoners in Israeli jails. Under the Obama administration, the U.S. payments to the Palestinian leadership averaged $400 million per year. The bill is named after an American officer who was murdered by a Palestinian terrorist in Israel in March 2016.

The third piece of legislation advanced by the committee is called the Hamas Human Shields Prevention Act (H.R. 3542). It denounces Hamas for using civilians, prisoners of war, and other noncombatants as human shields and seeks to sanction the terrorist group for this reprehensible practice.