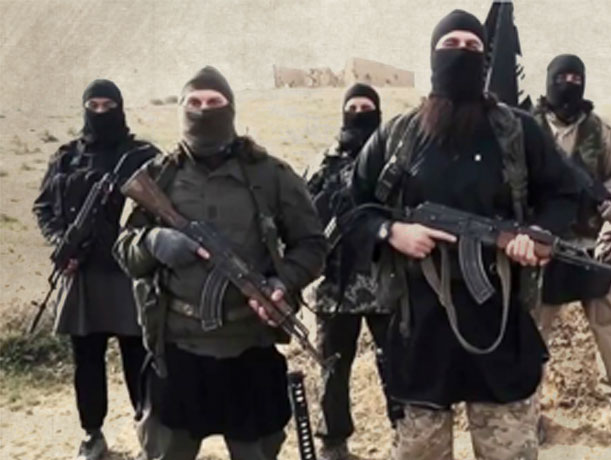 There is a quick and easy way to designate the Brotherhood as the terrorist organization that it is. Thank Bill Clinton.

Instead of waiting for a bill authorizing a Muslim Brotherhood designation to wend its way through Congress, the State Department could blacklist the Brotherhood directly. All it would take is President Trump signing an executive order.

That’s what happened in January 1995, when President Clinton issued an executive order making it illegal for US funds to support Hamas, following a bus bombing in Tel Aviv and other horrific acts of terrorism carried out by the Palestinian terrorist group. In turn, the State Department officially declared Hamas to be a terrorist organization, making it a felony to provide any material support to Hamas or its related charities and front organizations, and the Treasury Department ordered a freeze on all Hamas banking assets.

While the Muslim Brotherhood is outlawed in other countries, the US has not yet designated the group a terrorist entity or foreign threat, even though it has stated clearly that it supports violent jihad and is dedicated to replacing the US with an Islamic theocracy.

That is expected to change with this administration.

In testimony earlier this month, soon-to-be-confirmed Secretary of State Rex Tillerson lumped the Muslim Brotherhood in with terrorist groups ISIS, al-Qaida and Hezbollah. He suggested America’s first priority in dealing with global terrorism must be to first defeat ISIS, then al-Qaida, followed by the Muslim Brotherhood, in that order.

Tillerson stated at his Senate confirmation hearing: “The demise of ISIS would also allow us to increase our attention on other agents of radical Islam like al-Qaeda, the Muslim Brotherhood, and certain elements within Iran.”

Founded more than 80 years ago in Cairo, Egypt, where the “mother group” is based, the Muslim Brotherhood is a secretive Islamist society that gave birth to the Egyptian Islamic Jihad, Palestinian Islamic Jihad, Hamas and al-Qaida. In fact, it is the ideological catalyst behind the entire global jihadist movement now threatening the West, and its tentacles have reached deep inside the United States.

Before joining al-Qaida, Osama bin Laden, Dr. Ayman al-Zawahiri, Khalid Sheik Mohammed, Anwar al-Awlaki and the Blind Sheik Omar Abdul-Rahman were all members of the Brotherhood, known in Arabic as al-Ikhwan al-Muslimun. Its credo is: “The Quran is our constitution, Jihad is our way, and death for the glory of Allah is our greatest ambition.” Through both violent and political means, the Brotherhood seeks to impose Sharia — the rule of Islamic law — on the West. It also seeks the overthrow of Middle Eastern nations it views as too secular or close to the West.

As a result of recent violent unrest fomented by the Brotherhood, several Arab nations — including Egypt, Saudi Arabia, the United Arab Emirates and Bahrain — have designated the Brotherhood a terrorist organization, with UAE adding the Washington-based Council on American-Islamic Relations and other Brotherhood front organizations to the terrorist list. Russia has also outlawed the Brotherhood. US investigators have long sought to outlaw the group, complaining that Brotherhood-run mosques, charities and other elements show up in countless US terrorism cases, including the 9/11 attacks.

As former FBI Director Robert Mueller testified before the House Intelligence Committee in 2011, “I can say at the outset that elements of the Muslim Brotherhood both here and overseas have supported terrorism.”

“Its ultimate goal is the creation of a global Islamic State governed by Sharia law,” former federal prosecutor James T. Jacks asserted in a 2008 court filinglinking US Brotherhood front groups to terrorism, including moderate-sounding groups like the Council on American-Islamic Relations, the Islamic Society of North America and the North American Islamic Trust.

“Muslim Brotherhood members first migrated to the United States in the 1960s, where they began their grassroots work on campuses through an organization called the Muslim Students Association,” Jacks explained. “By the mid-1980s, the US-Muslim Brotherhood had grown exponentially, established numerous front organizations, developed a solid hierarchical structure, and received direction from the International Muslim Brotherhood’s General Guide.”

Since 9/11, several known US-Muslim Brotherhood leaders — including Sami al-Arian and Abdurahman Alamoudi — have been convicted of terrorist activities, with Alamoudi accused by the government of actively raising money for al-Qaida. Others, including CAIR founder Omar Ahmad, have been formally implicated by the government in major terrorism cases.

Some Brotherhood operatives have infiltrated US law enforcement and the military. Ali Mohamed, who emigrated from Egypt to spy for the Brotherhood in America, used his US Special Forces training to assist al-Qaida. Last decade, he pleaded guilty to five counts of conspiracy for his role in helping plan the al-Qaida bombings of the US embassies in Africa.

White House National Security Adviser Lt. Gen. Michael Flynn says the Brotherhood has operated a terrorism-support network in America dating back to the first World Trade Center bombing. “We knew of close operational cooperation with the Muslim Brotherhood” in that 1993 attack, he wrote in his 2016 book, “The Field of Fight.”

A Brotherhood manifesto seized by FBI agents during a 2004 raid of a Brotherhood leader’s home in the Washington DC area revealed that the US branch of the Brotherhood seeks the destruction of the US system — “from within.” Chillingly, the document directs Brotherhood members to engage in subversive action against the US:

“The Ikhwan [Muslim Brotherhood] must understand that their work in America is a kind of grand jihad in eliminating and destroying the Western civilization from within and ‘sabotaging’ its miserable house by their hands and the hands of the believers so that it is eliminated and Allah’s religion is made victorious over all other religions.”

Investigators believe the Brotherhood conspiracy may involve a network of as many as 2,000 organizations working inside the US to support jihad and subvert the US government. Hard evidence links CAIR, ISNA and many other radical Islamist organizations masquerading as moderate groups — as well as some of the nation’s largest mosques — to this massive infrastructure financed and controlled by the Brotherhood.

Investigators call it an insurgency run by “terrorists in suits,” and the new White House, led by Flynn’s team, is said to want to shut the entire network down.

“It is no accident that radical Islamists in America are pushing very hard and very systematically to gain legal standing for Sharia, and to forbid any and all criticism of Islam,” Flynn said. “These are all steps toward creating an Islamic state right here at home. We have to thwart these efforts.”