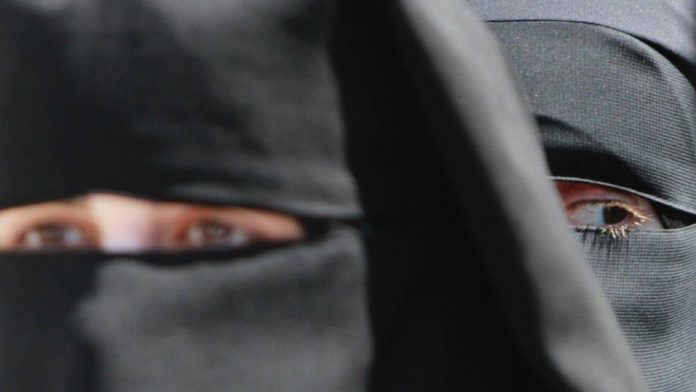 While its founder says it benefits women and leads to at least two successful marriages every week, a dating website that helps Muslim men find “second wives” is drawing criticism both in the United States and abroad.

Founded by 34-year-old British-born entrepreneur Azad Chaiwala, SecondWife.com functions like any other dating service – with users filling out a questionnaire about their interests and posting photos of themselves in the hopes of finding a match – except the site is meant for married Muslim men looking to start a polygamous marriage.

“In polygamy a man openly marries more than one woman, he has an honorable relationship with both woman as his wives, not side-chicks, one night flings or mistresses,” Chaiwala said on his website. “He provides for and maintains both families, he is not let off his responsibility in case he did not want it or is not kept away from it by family visitation laws etc. He shares his love, time and resources equally with his wives and subsequent families.”

Polygamy is illegal in the U.S. and most mosques discourage the practice of plural marriages, but there is still a sizeable minority of Muslims both in the U.S. and abroad living in polygamous families. Given the illegality of polygamy and that second marriage ceremonies are performed in secret, it is difficult to determine how many people live in polygamous families, but academics estimate the range is anywhere between 50,000 and 100,000 in the U.S. alone.

SecondWife.com has more than 1,600 profiles of men in the U.S. looking for wives, with just 304 profiles for women searching for a husband. In the United Kingdom, where the website has drawn much more press coverage, there are almost 4,000 profiles for men and 261 for women. Overall, Chaiwala said, the site has more than 25,000 members spread across 163 countries.

Despite many imams refusing to perform second marriages and the practice of having a polygamous family is rare among more mainstream Muslims, polygamy is considered permissible in Islam. A verse in the Quran, which is quoted at the top of SecondWife.com’s homepage, states: “Then marry women of your choice, two or three, or four, but if you fear that you shall not be able to deal justly, then only one.”

Chaiwala and the website have faced a strong backlash from a number of politicians and women’s right activists in his native U.K., with some calling for the site to be outlawed.

“The popularity of this site worries me deeply,” Jess Phillips, a Labour Party member of the Commons women and equalities committee, told the Times. “This site should be outlawed for U.K. use and follow the law in the U.K., which does not allow this…Women are not a commodity, they are not domestic slaves. People cannot be collected like ornaments.”

In the U.S., where polygamy is generally associated with fundamentalist sects of the Mormon faith in rural areas of western states, the practice of plural marriage is actually more prevalent among orthodox black Muslim communities living in major cities like Philadelphia, Detroit and Chicago.

Numerous scholars attest that many of the women involved in polygamy do so not only willingly, but that some are also the main drivers in pushing their husbands to find another wife.

Azad Chaiwala is the founder of Secondwife.com.

“There are professional, Muslim women who want good husbands but also want the help of another woman in the house and a support network so they can be career women,” Janet Bennion, a professor at Vermont’s Lyndon State College and the author of “Polygamy on Primetime,” told Fox News. “These professional black women want to marry these polygamous men because these are the only good men they can find.”

Bennion and other academics studying polygamy in the U.S. say that the practice is flourishing in the black Muslim community because of the lack of “marriageable men” in the African-American community. The scholars note that highly disproportionate rates of incarceration, drug use and HIV/AIDS in the black community add to the dilemma.

Despite some women adamantly supporting the practice, Bennion said that women interested in plural marriage have to be careful when searching a site like SecondWife.com as they could unknowingly end up with an abusive partner.

There are some telltale signs, she added, that women can look for when trying to look for a husband: Be wary of men who already have multiple wives or many children, stay away from men who just want young wives, know that these marriages are against the civil law of the land and draw up a contract with their husband-to-be.

“If it is illegal it is ripe for abuses,” Bennion added. “And this is not going to change anytime soon.”