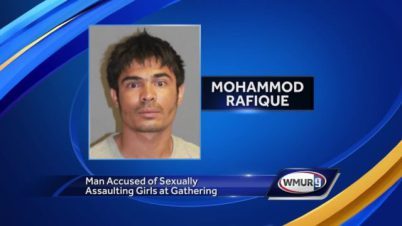 4 girls, as young as 7, allegedly victimized by resettled Rohingya man

A Muslim refugee from Burma, also called Myanmar, is facing multiple sexual assault charges after he allegedly tried to kiss and fondled four girls between the ages of 7 and 12 in a New Hampshire town that just over a year ago became one of President Obama’s “Welcoming Cities.”

Police said the incidents allegedly occurred at some kind of gathering but were not more specific.

Mohammod Rafique, 27, a member of the Rohingya Muslim minority that is fleeing Burma, has been living in Nashua, New Hampshire, for almost two years but speaks no English.

Police cracked the case open after a 10-year-old Nashua girl told her family, then police, and then child-welfare advocates that a man “drank too much, (became) ‘touchy-touchy,’ rubbed her upper thigh and touched her buttocks,” according to the Telegraph, Nashua’s local newspaper.

Rafique also grabbed, fondled and tried to forcibly kiss the girls, according to reports.

Rafique has been unable to communicate with his attorneys or corrections staff, his lawyer told the Telegraph, and she tried to get his bail lowered earlier this week but was unsuccessful.

Just last fall, in September 2016, the Nashua City Board of Alderman narrowly voted 8-7 to become a “Welcoming City” under the umbrella of Welcoming America.

Welcoming America was founded by Obama friend and open-borders promoter David Lubell, whose agenda is to “water the soil,” softening up residents of U.S. cities to accept the seeding of Third World refugees and illegal immigrants.

The Obama White House honored Welcoming America as a White House Champion of Change for innovations in immigrant integration. The organization has also been honored by the United Nations. 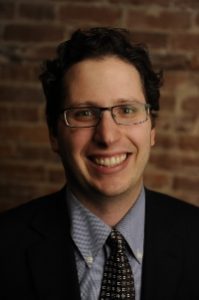 David Lubell of Welcoming America works closely with the White House to soften up the soil in cities targeted to receive an influx refugees, UACs and other migrants.

Not all of the Nashua aldermen bought the propaganda, and others may now wish they hadn’t in the wake of the alleged string of pedophilia attacks on young girls.

According to the organization’s website, Welcoming America inspires cities to embrace immigrants by leading a movement of inclusion, changing systems and cultures, creating policy and reinforcing welcoming principles and promoting the socioeconomic benefits of inclusion.

Alderman David Schoneman said he could not support endorsing a national organization that mobilizes local groups to adopt municipal legislation.

“I feel we are being co-opted,” said Schoneman last September. Fellow alderman Ken Siegel said he also did not feel comfortable with the Welcoming America group, questioning how the organization is funded and its mysterious benefactors.

But in the end Nashua Mayor Jim Donchess’s view prevailed. The mayor championed the migrant community in Nashua saying the city “would not have grown by 4,000 residents over the last five years were it not for new immigrants…We’ve always been a welcoming city.”

His attorney, Amanda Henderson, asked the judge to lower Rafique’s $15,000 cash bail, but a prosecutor disagreed, saying he was a flight risk.

Local media outlets described Mohammod Rafique as “a Nashua man” and “Nashua resident” before later in their stories revealing that Rafique is a refugee from Myanmar, but they never mentioned that he is Muslim.

“You forgot to say the accused is a Muslim,” stated reader Diana Deckard in a comment posted below the news story at the Telegraph in Nashua.

Court records reveal that when police interviewed the girls separately, their stories about what happened matched up almost perfectly.

A judge on Monday ordered the jail to get an interpreter for Rafique to help him seek medical treatment, but the bail motion was denied.

“He has constant nightmares, suffers debilitating anxiety,” Henderson told the court, according to the Telegraph. “Just thinking about returning to jail caused him so much anxiety and fear that he became unconscious.”

“I have spoken with him and he understands the serious nature of these charges, but he is maintaining his innocence on these charges, and of course the court knows there is a presumption of innocence at this point,” defense lawyer Sarah Newhall said.

The judge set bail at $15,000, with another hearing scheduled for next month.

Rafique’s family fled from Burma to Thailand where they were captured and held for a year before he eventually was resettled in the U.S. through the United Nations resettlement program.

The United States has taken in more than 3 million refugees, 95 percent of which are hand-selected by the U.N., since 1990.

The United States has accepted about 20,000 Rohingya Muslims from Burma over the last 10 years with 13,500 of them coming in under the Obama presidency. President Trump’s administration is under pressure from the U.N. and American resettlement agencies affiliated with the Jewish, Catholic and Lutheran faiths to continue the influx.

Top destination points for Rohingya refugees in the U.S. are Chicago, Milwaukee, Phoenix and New Hampshire.

The Rohingya make up a sizeable minority in the Buddhist state of Myanmar and the two sides have been at war with each other off and on for decades. The Buddhists claim the Rohingya Muslims are not a good fit with their peaceful culture and that they are essentially illegal aliens from Muslim-majority Bangladesh. But the Rohingya claim to be persecuted longtime residents of Myanmar and have gained the sympathy of the international human-rights organizations.

And the Trump administration seems to be listening.

Vice President Mike Pence used a high-level United Nations Security Council meeting last month to plead the case for the Rohingya, calling on the world body to do more to help the poor, beleaguered Muslims.

With U.S. Ambassador Nikki Haley at his side, Pence condemned the “terrible savagery” against the Rohingya. Voice of America called Pence’s comments “the strongest terms used by any senior [U.S.] official to date” on the situation in Burma.

The decades-old feud between Rohingya Muslims and Burmese Buddhists involves two religions that tout themselves as “religions of peace” yet are killing each other. The international human rights establishment, however, seems only interested in reporting the atrocities of one side in this feud.

Even Pope Francis has waded into the murky waters, making comments that fall in line with the Rohingya propaganda machine.

“They have been suffering, they are being tortured and killed, simply because they uphold their Muslim faith,” the pope said in February, comments that drew criticism from both Buddhists and Catholics in Burma.

Many Muslims consider themselves at war with the West.

The Quran says: “O Prophet, tell your wives and your daughters and the women of the believers to bring down over themselves of their outer garments. That is more suitable that they will be known and not be abused. And ever is Allah Forgiving and Merciful.” (33:59)

The implication of that verse, says Robert Spencer, author of multiple best-selling books on Islam and director of the Jihad Watch project, is that if women do not cover themselves adequately with their outer garments, they may be abused, and that such abuse would be justified.

“But anyone in Nashua, New Hampshire, who might have cautioned concern about Muslim ‘refugees’ based on those teachings would have been dismissed as a greasy Islamophobe,” Spencer writes.

As in Europe, the trend seems to be among the globalists that it is more important not to offend Muslim migrants than to protect little girls.

Rafique has been in the U.S. for two years as  refugee, which means he is here on a green card and could be deported. Yet, if past cases hold are any indication, he will take up space in an American prison for five or 10 years and then be released back into the New Hampshire society.