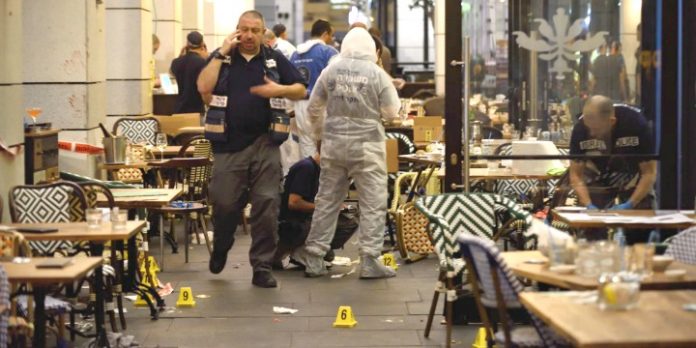 The aftermath of a Palestinian terror attack on a Tel Aviv market in June 2016. Photo: File.

Three Palestinian terrorists who were convicted of murder in October for their involvement in the June 2016 terror attack that killed four Israelis in Tel Aviv’s Sarona Market were each sentenced in Tel Aviv District Court on Wednesday to four life sentences and an additional 60 years.

Last month, Mahmoud Mahamrah, 22, Khaled Mahamrah, 21, and Yunis Aish Musa Zin, 22, were convicted by the court on four counts of murder and 41 counts of attempted murder.

In the summer of 2016, the two Mahamrah cousins from the village of Yatta near Hebron dressed in suits and dined on sweets at the Max Brenner restaurant in the crowded Sarona Market moments before drawing weapons and indiscriminately shooting civilians. 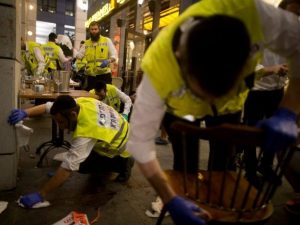