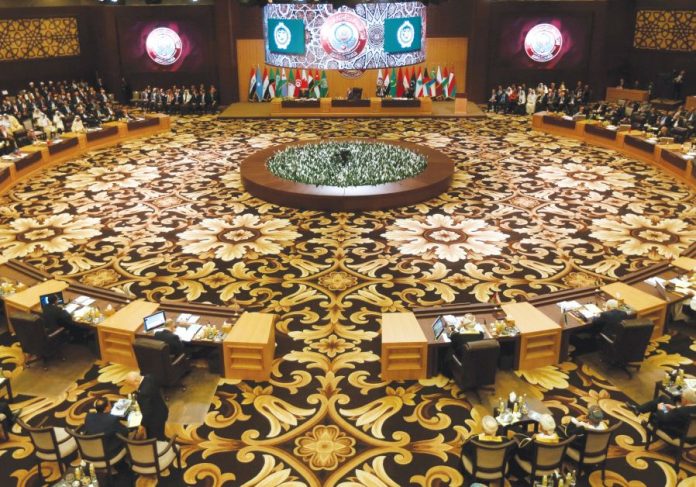 Over the weekend, a number of US media outlets reported that Trump is going to deliver a speech on Wednesday, in which he will recognize Jerusalem as Israel’s capital.

Over the weekend, a number of US media outlets reported that Trump is going to deliver a speech on Wednesday in which he will recognize Jerusalem as Israel’s capital.
“Maliki called for holding meetings of the Arab League and Organization of Islamic Cooperation on the level of permanent representatives to discuss the imminent dangers facing Jerusalem and the holy sites,” the official PA news site Wafa reported.

Maliki made the appeal for the emergency meetings in phone calls on Sunday with Arab League Secretary-General Ahmad Aboul Gheit and Organization of Islamic Cooperation Secretary-General Yousef Al-Othaimeen, according to Wafa.

The Israeli government considers all of Jerusalem its capital, while the Palestinians hope that east Jerusalem will be the capital of a future Palestinian state.

Earlier on Sunday, Mahmoud Habash, an adviser to PA President Mahmoud Abbas, said the peace process would be over if Trump recognizes Jerusalem as Israel’s capital.

“The peace process would have died completely if the US makes such a move,” he told The Jerusalem Post in a phone call. “There would be no meaning to the peace process.”

The Trump administration reportedly is drafting a plan to revive the peace process between Israel and the Palestinians. The final status of Jerusalem has historically been considered one of the most complicated issues in the peace talks between the two sides.

Speaking of possible next steps the Palestinian leadership would take if Trump declares Jerusalem as Israel’s capital, Habash said, “All options are on the table.”

Top Palestinian negotiator Saeb Erekat said the US recognizing Jerusalem would “contribute to the further destabilization of the region” and would “discourage many of those who still believe that a peaceful solution is achievable.”

“The region would enter a new path and dangerous phase, the consequences of which cannot be controlled” if the US makes such a move, Abbas said during his phone calls, Wafa reported on Sunday.

According to Habash, Abbas continued to make phone calls to international leaders on Sunday to discuss Trump potentially recognizing Jerusalem as Israel’s capital.