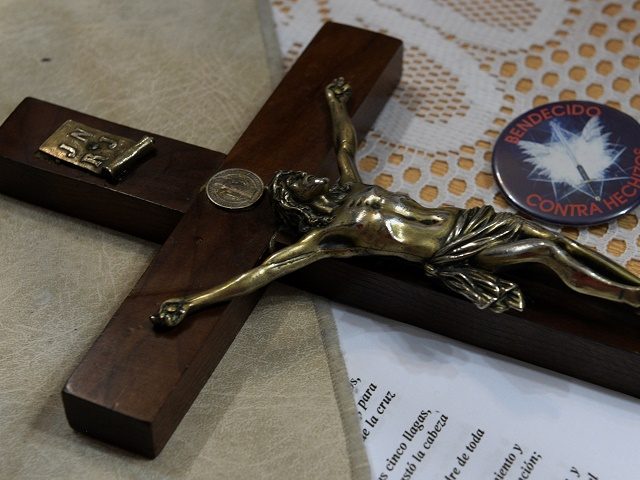 Volunteers have criticised the Red Cross charity after receiving a communication telling them to remove crucifixes from the walls of their branches as the organisation looks to become more secular.

The Belgian branches of the international aid organisation received an email from the Provincial Committee of the Red Cross in Liège to remove all crucifixes. André Rouffart, president of the Red Cross in Verviers, said: “We were asked to respect the principles of the Red Cross”, and not to distinguish between race or religious belief 7sur7 reports.

Mr. Rouffart said there had been pushback from volunteers and other members on the issue but downplayed the issue, saying: “I think it’s a storm in a teacup.”

Several volunteers spoke to Belgian broadcaster RTL and expressed hostility to the move, with one saying: “Let things remain as they are. We used to say ‘Christmas holidays’, now it’s ‘winter holidays’. The Christmas market in Brussels has become the ‘Winter Pleasures’.”

“For a certain part of the population — because of the Muslims — the crosses were removed in the Red Cross houses and, more particularly, in that of Verviers,” the volunteer added.
View image on Twitter 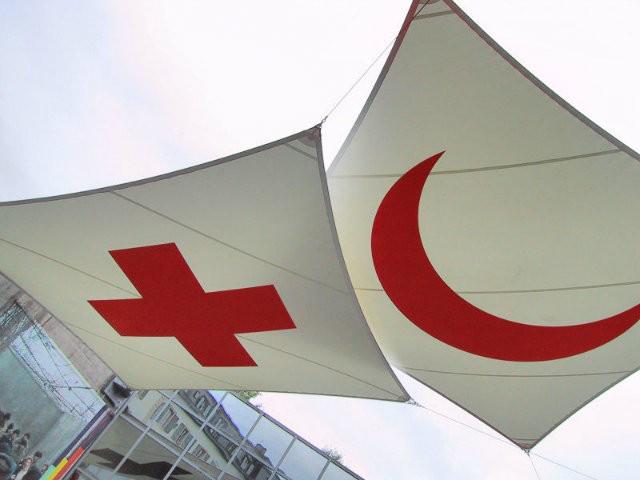 The order follows the proposed removal of a cross in France which was located above a statue of Saint John Paul II in Ploërmel, Brittany. The move sparked outrage among many and led to the Polish and Hungarian government offering to take the cross.

“Such measures must be regarded as attempts to do away with the continent’s civilisation and culture,” commented Hungarian foreign minister Péter Szijjártó. 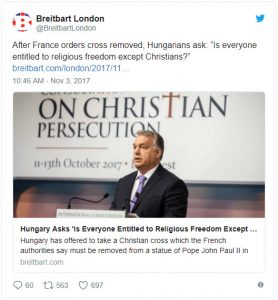 In Ireland, Catholic priest Father Desmond O’Donnell has called on Christians to abandon the word ‘Christmas’ entirely, saying that the commercialisation of the holiday had replaced the original Christian meaning.

While old Christmas traditions being replaced, others have emerged — including anti-terror barriers wrapped in Christmas wrapping paper and bright red bows in the city of Bochum, Germany, to prevent radical Islamic terror attacks like the Berlin Christmas market massacre of December 2016.