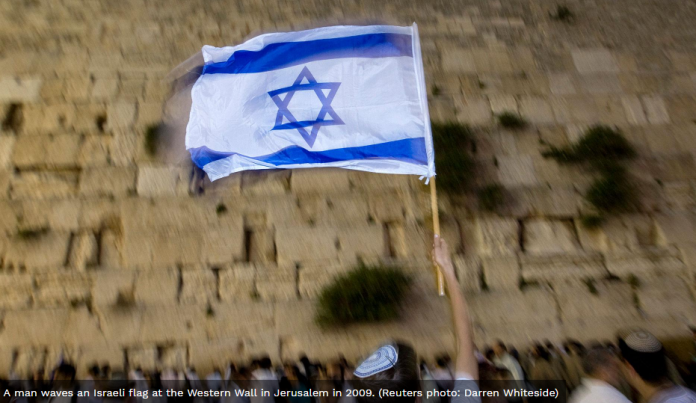 The only reason recognizing Jerusalem as the Jewish State’s capital is controversial is that the world has been pretending it’s not for decades.

The most exhausting thing about the Middle East — except for the bloodshed, poverty, tyranny, etc. — is that it refuses to conform to how it’s described in the West.

It’s like journalists, diplomats, and politicians want to announce a football game, but the players keep insisting on playing rugby. The field looks similar. The scoring isn’t all that different. It’s just a different game. But don’t tell the gang in the booth. They get furious when you point out that the facts don’t line up with the commentary.

Consider President Trump’s momentous (though for now mostly symbolic) announcement that the United States will recognize Jerusalem as the capital of Israel. Before you can debate whether this was a good move, you must acknowledge one glaring fact that the chatterers want to ignore or downplay: It’s true. Jerusalem is the capital of Israel. The Knesset, Israel’s parliament, convenes there. Israelis call it their capital for the same reason they claim two plus two equals four. It’s just true.

What makes the decision controversial is that everyone had agreed to pretend it wasn’t the capital in order to protect “the peace process.”

That’s another term that doesn’t quite correspond with reality. There is no peace process. Mahmoud Abbas, the Palestinian president finishing the twelfth year of his four-year term, has refused to meet with the Israelis to discuss anything since early in the Obama administration.

Part of the blame for that, of course, belongs with Obama, who built an entire foreign policy around what he wanted to be true rather than what was actually going on. Obama sought to distance the U.S. from Israel on the assumption that Israel was the unreasonably stubborn party in the “peace process.” That’s why, on the way out the door, the Obama administration broke with precedent and opted not to veto a U.N. Security Council resolution declaring East Jerusalem “occupied territory.”

This implied that, as a matter of international law, the Western Wall and the Jewish Quarter of Jerusalem itself really belong to the Palestinians — which is an insane fantasy.

But denying reality is how this game has long been played. In his speech after Trump’s announcement, Abbas talked at great length about Jerusalem’s history as a Muslim and Christian city. He made no mention of the fact that it’s also a famously Jewish city, having been established as the capital of ancient Israel 1,000 years before Jesus was born.

Trump called his decision “a recognition of reality.” People invested in irreality insist the move will worsen “the Middle East conflict.”

Here, too, we have mislabeling. Whole books are dedicated to the Middle East conflict, as if the Israel–Palestinian issue were the only conflict in the region. Tell that to the hundreds of thousands of dead Syrians or the millions displaced by the civil war there. Tell it to those dying in Yemen, site of a proxy war between Iran and Saudi Arabia.

It’s been this way for decades. The Palestinians and their Arab patrons insisted to gullible Westerners that the Israel–Palestinian conflict was the source of all the region’s problems. Was the Iran–Iraq War, which cost more than a million lives, a fight over Palestinian statehood? What about the Lebanese Civil War? Turkey’s campaign against the Kurds?

The only people who bought the idea that the Middle East conflict began and ended with Israel were those guys in the control booth describing the wrong game — i.e., Western experts and activists deeply invested in the “peace process.”

In a sense, that’s understandable. If you’ve dedicated your entire professional life to a moveable feast that covers your airfare and lodging in Paris or Geneva while you discuss grave matters, it’s probably hard not to cling to fictions.

But those fictions are losing their hold, ironically thanks in large part to the Obama administration. By working on fantasy rather than facts, Obama threw the balance of power in the region heavily in Iran’s favor, lifting sanctions and giving Iran hundreds of billions of dollars. He thought the Iranians would join the community of nations or some such twaddle. Instead, they pocketed the money and are now on a surer path to a nuclear bomb.

As a result of this new reality, the old fictions are a luxury that Iran’s regional adversaries can no longer afford. That’s why Saudi Arabia, a longtime Palestinian patron, has been moving steadily closer to Israel: because Israel is a more valuable friend in the new Middle East conflict than the Palestinians are — or Obama was.