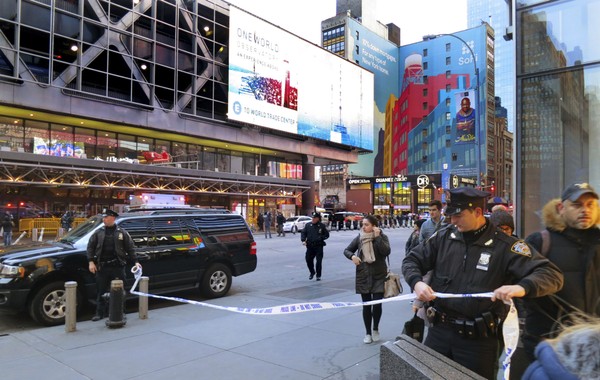 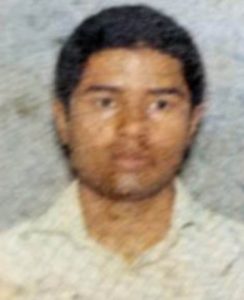 A Bangladeshi national in his 20s has been taken into custody with serious injuries after a suspected pipe bomb he was carrying malfunctioned and exploded prematurely inside a Midtown Manhattan subway station Monday morning.

The suspect, identified as 27-year-old Akayed Ullah, was found injured at the scene and rushed to Bellevue Hospital. He was wearing what appears to be a homemade pipe bomb attacked to his body with velcro and zip ties.  Authorities say Ullah is talking to investigators at the hospital.

Three other people also reported to local hospitals for minor injuries like ringing in the ears and headaches.

Former NYPD Commissioner Bill Bratton told MSNBC’s Morning Joe that the suspect ‘supposedly was setting the device off in the name of ISIS’ and that it was ‘definitely a terrorist attack, definitely intended’.

At a morning press conference, current NYPD Commission James O’Neill said that the suspect ‘did make statements’ but that they are not going to comment on them yet. 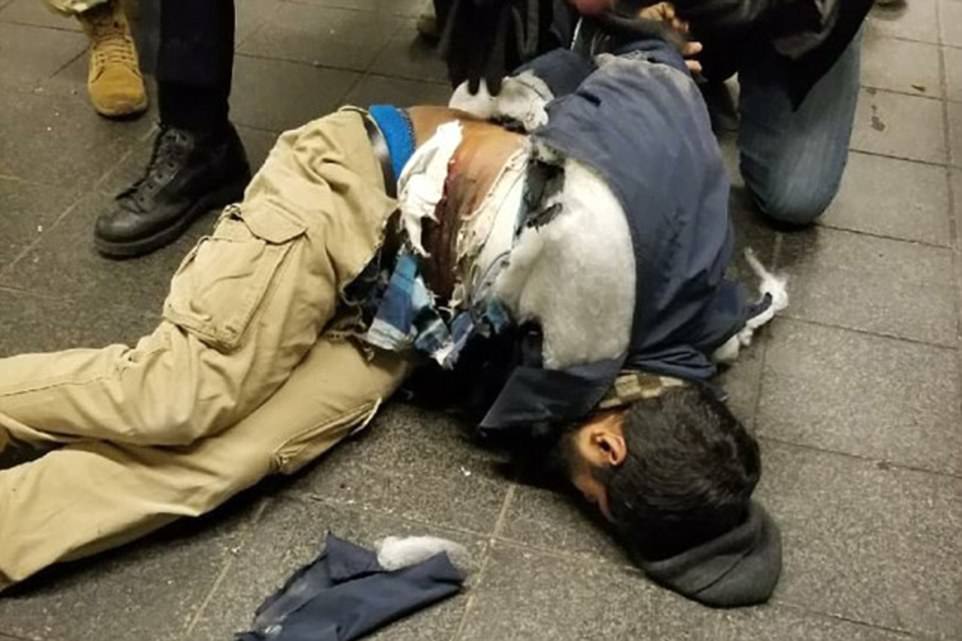 A suspect has been taken into custody after an explosion at the Port Authority subway station in New York City Monday morning. The suspect has been identified as a 27-year-old Bangladeshi national (pictured above) 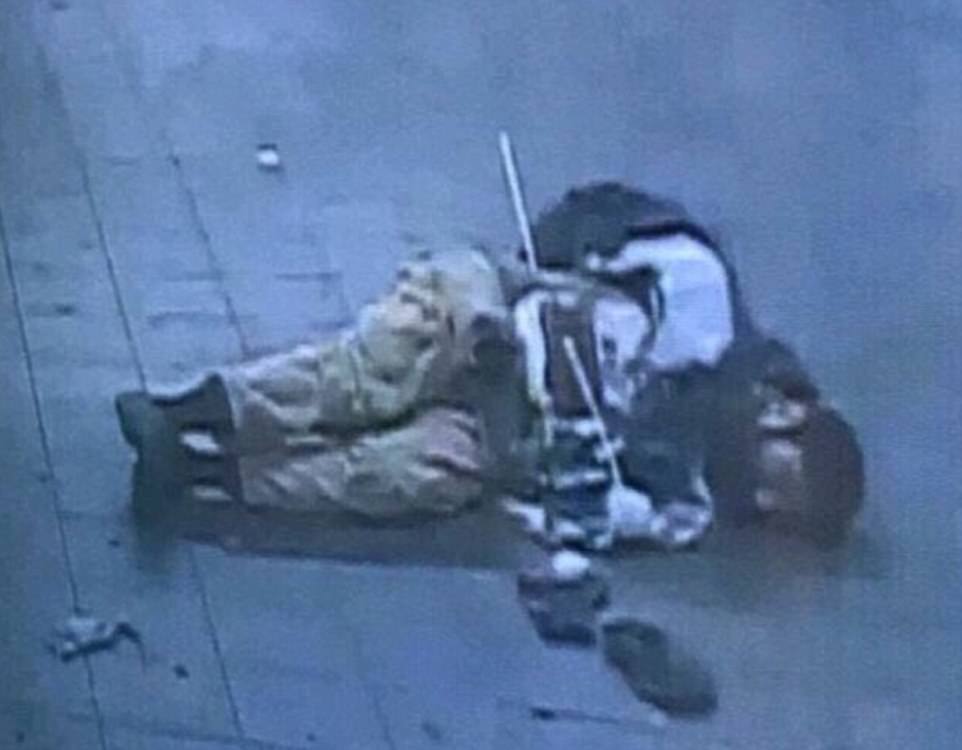 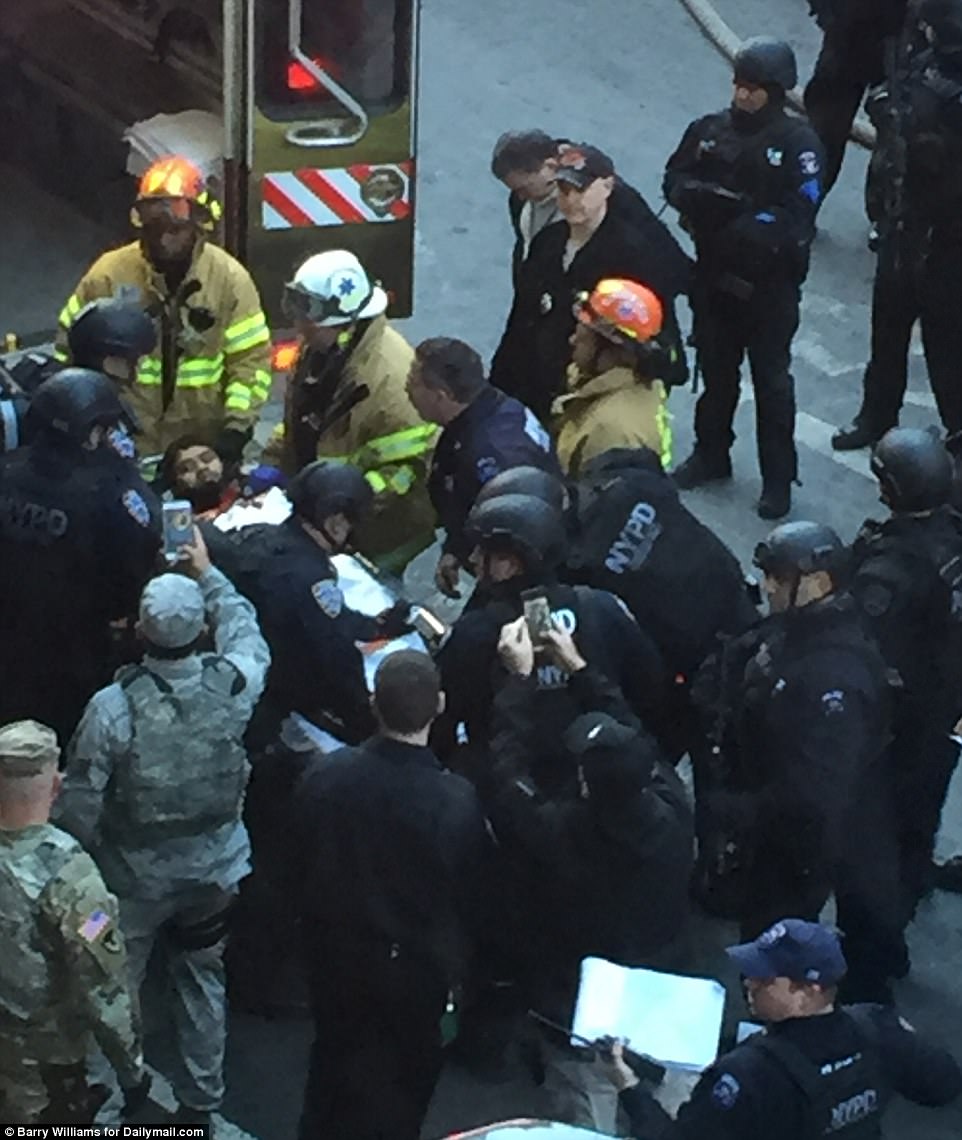 The bomber, who has been named as Akayed Ullah by police, is pictured being stretchered into an ambulance by a scrum of police and firefighters 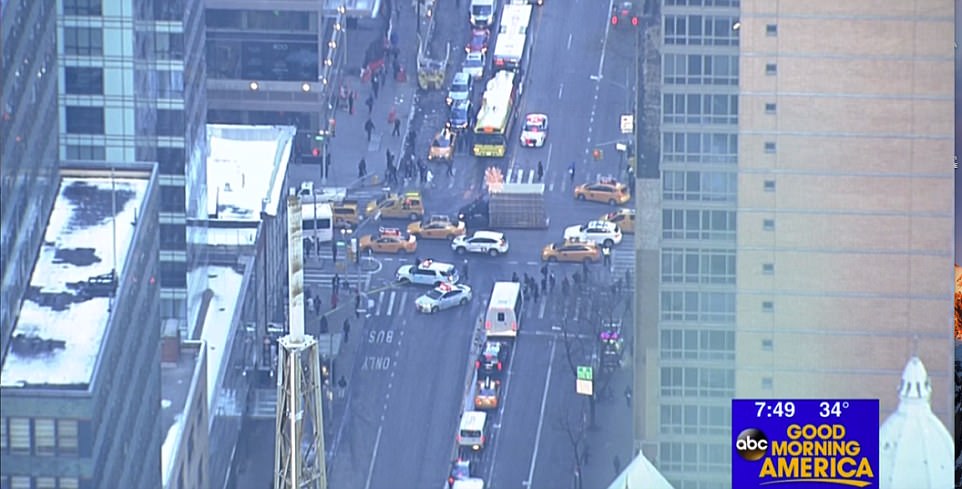 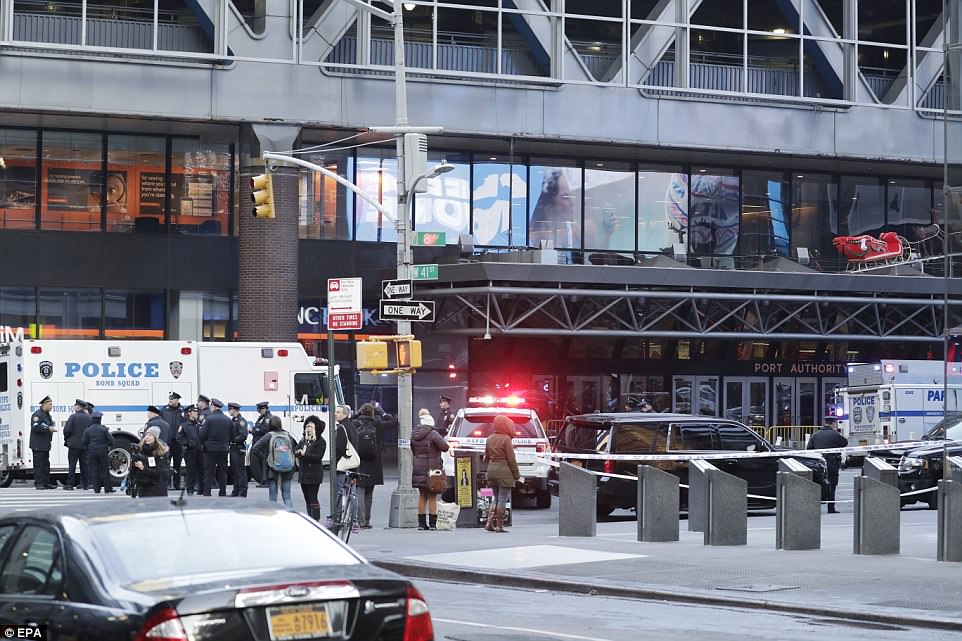 Port Authority remained entirely closed off on Monday morning at 9am. Above, the entrance at 8th Avenue and 41st Street 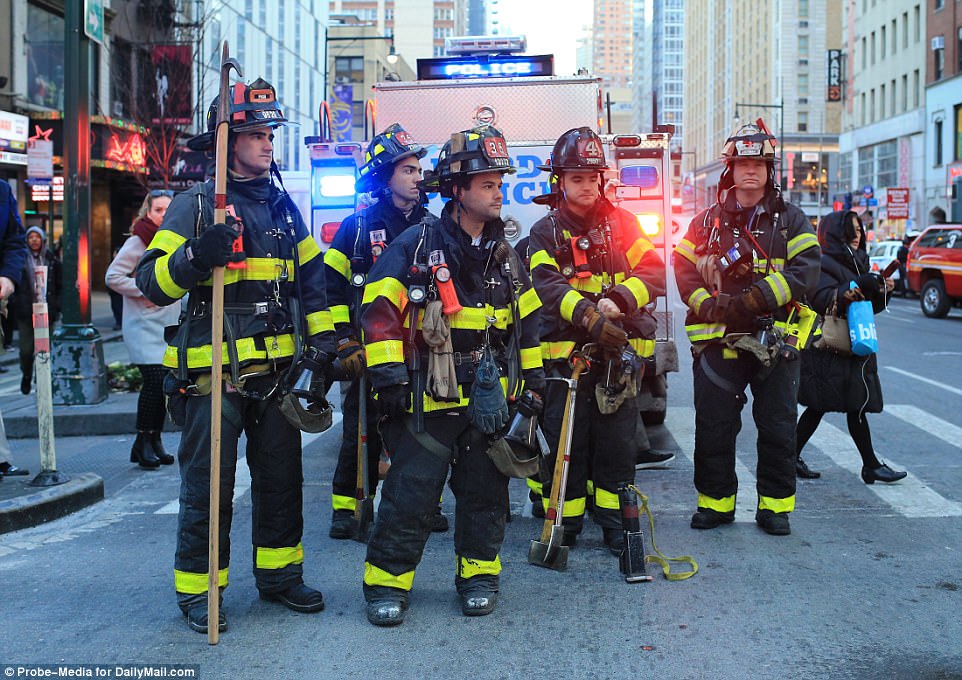 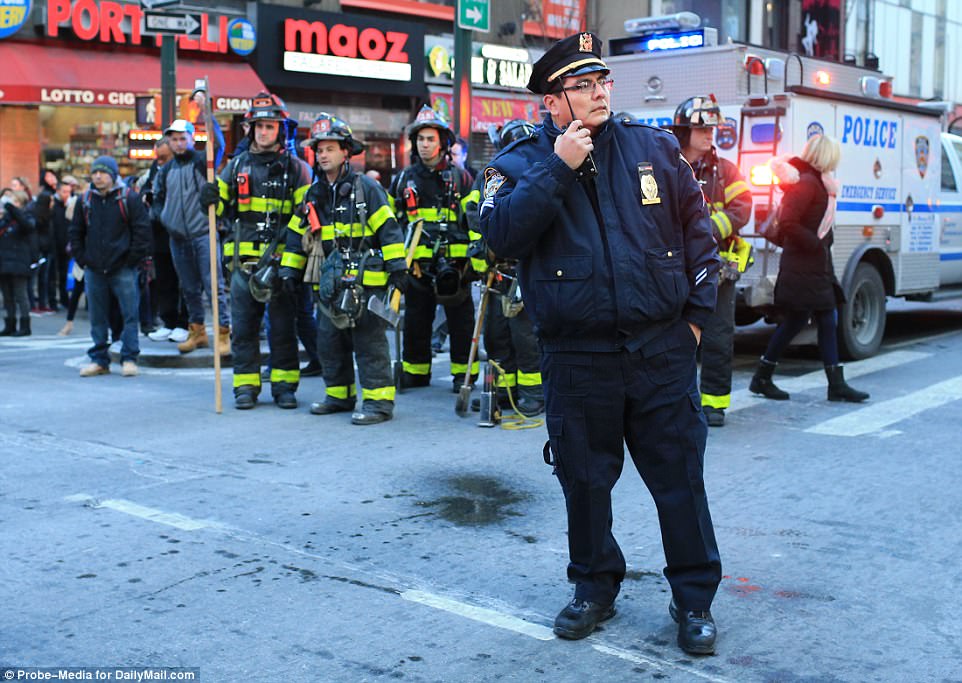 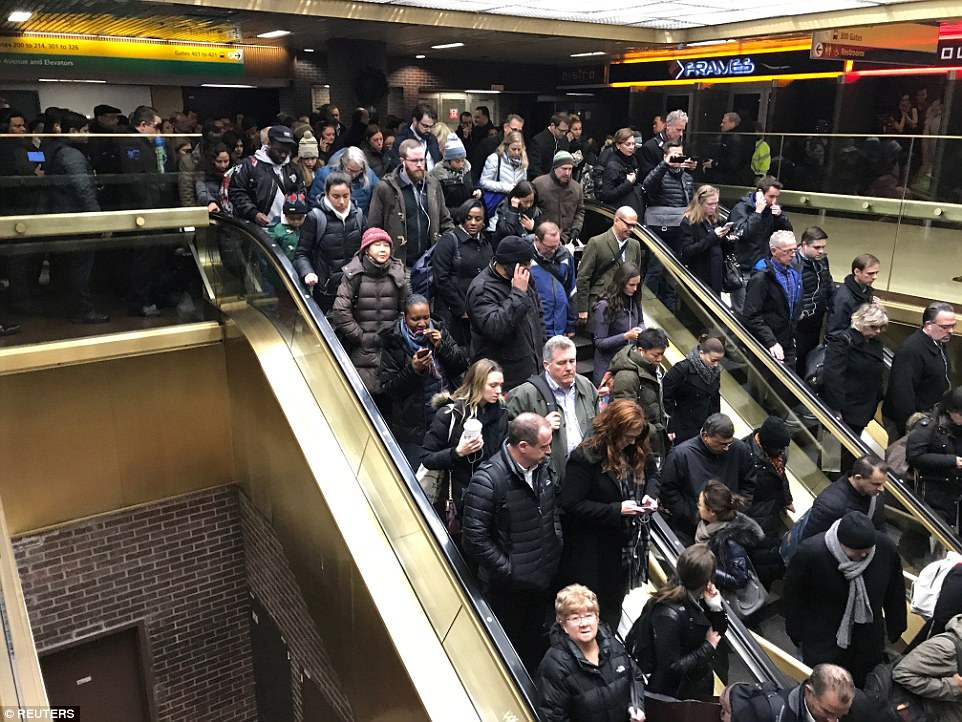 Panicked commuters piled on to escalators to get out of the station after the explosion which occurred just after 7.30am 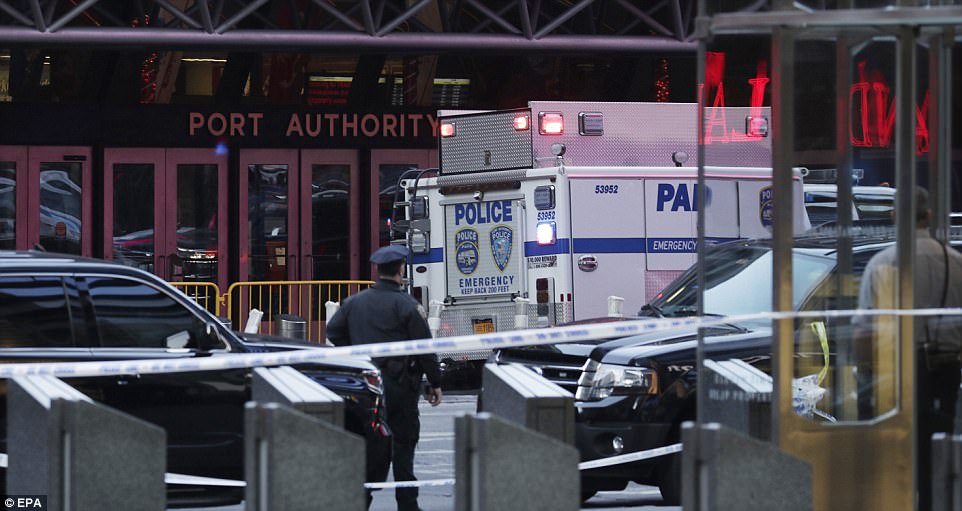 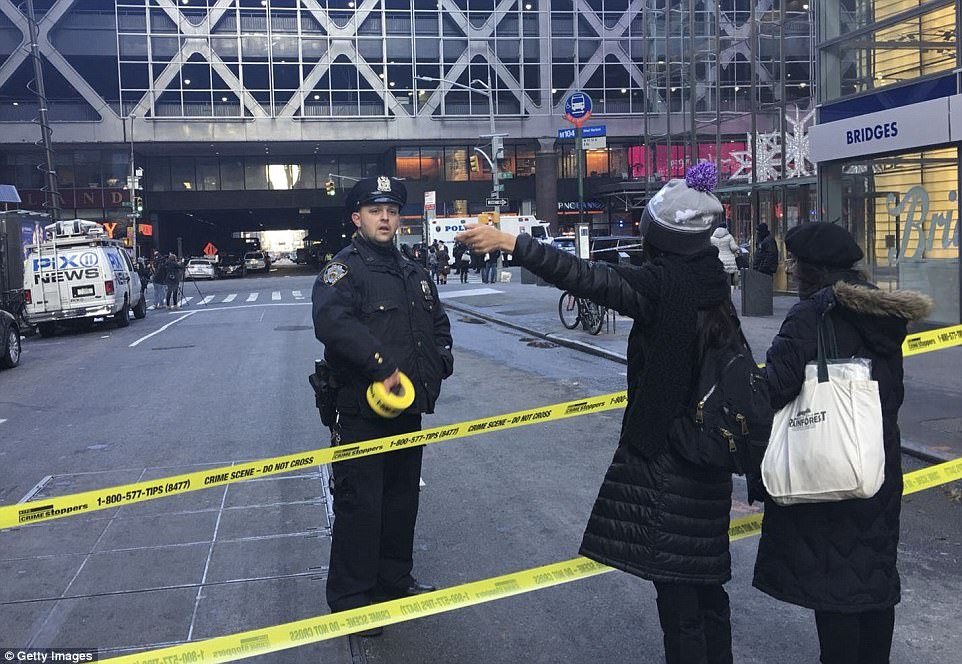 An area of several blocks was in lockdown immediately after the incident, sparking commuter chaos and confusion among others trying to navigate the busy Manhattan streets 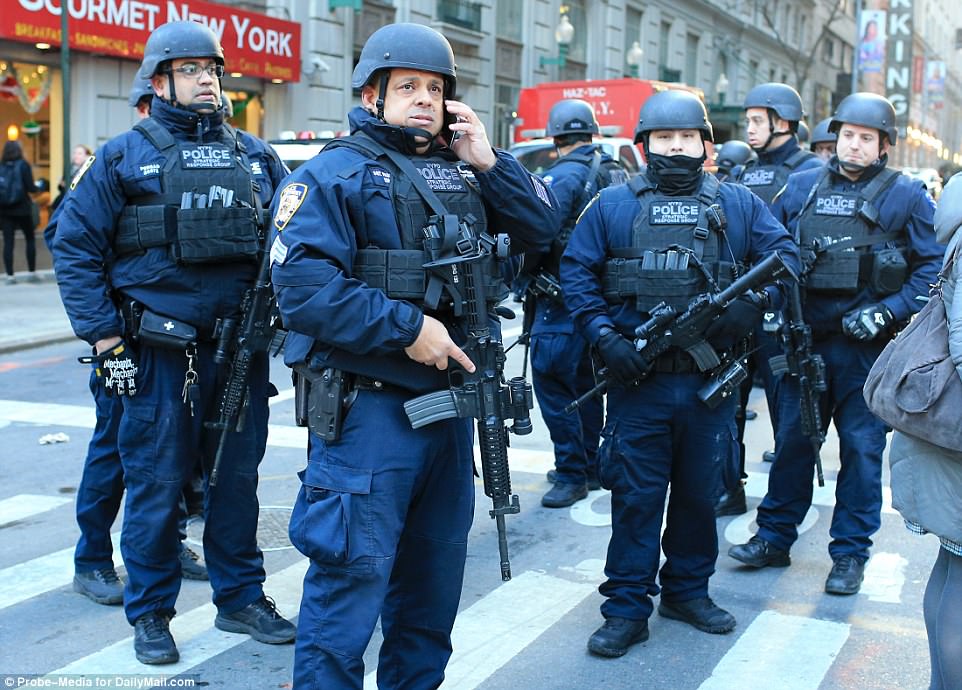 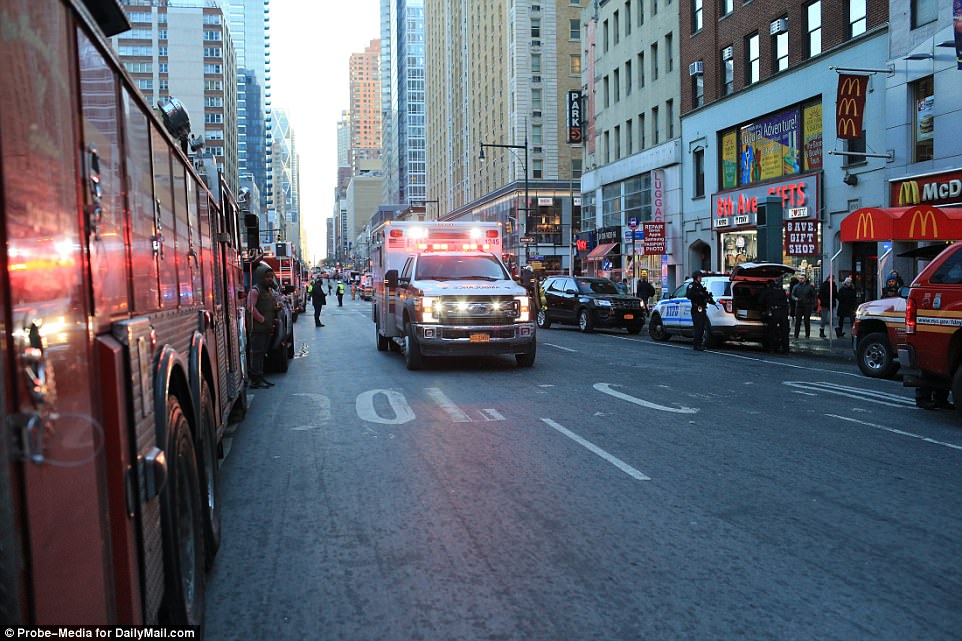 An ambulance near the scene of the explosion on Monday morning. The only reported injured person is the suspect

Former NYPD Commissioner Bill Bratton told MSNBC’s Morning Joe that the suspect ‘supposedly was setting the device off in the name of ISIS’ and that it was ‘definitely a terrorist attack, definitely intended’.

At a morning press conference, current NYPD Commission James O’Neill said that the suspect ‘did make statements’ but that they are not going to comment on them yet.

Though it’s still early in the investigation, New York City officials say it was definitely an attempted terror attack.

‘This was an attempted terror attack and thank God the perpetrator did not achieve his ultimate goals,’ Mayor Bill de Blasio said.

CNN reports that it appears the Subway was not the intended target of the pipe bomb, and that it may have went off prematurely.

They also learned that the device was homemade and could have caused catastrophic damage if it went off as intended.

Commissioner O’Neill said that they have obtained CCTV footage of the attack, but they have not detailed yet what it shows. 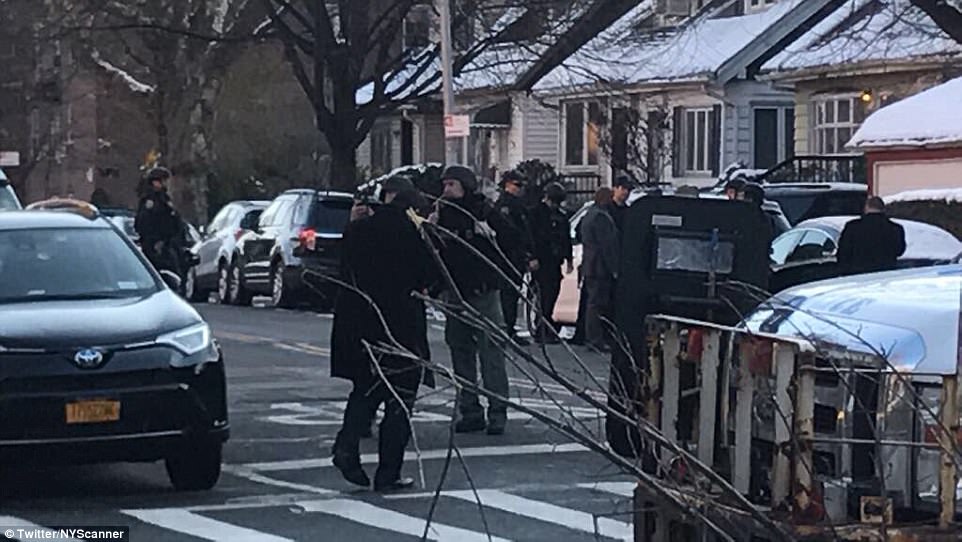 As the bomber’s ID was released as that of 27-year-old Akayed Ullah from Brooklyn, police and reports descended on the home where he is believed to live 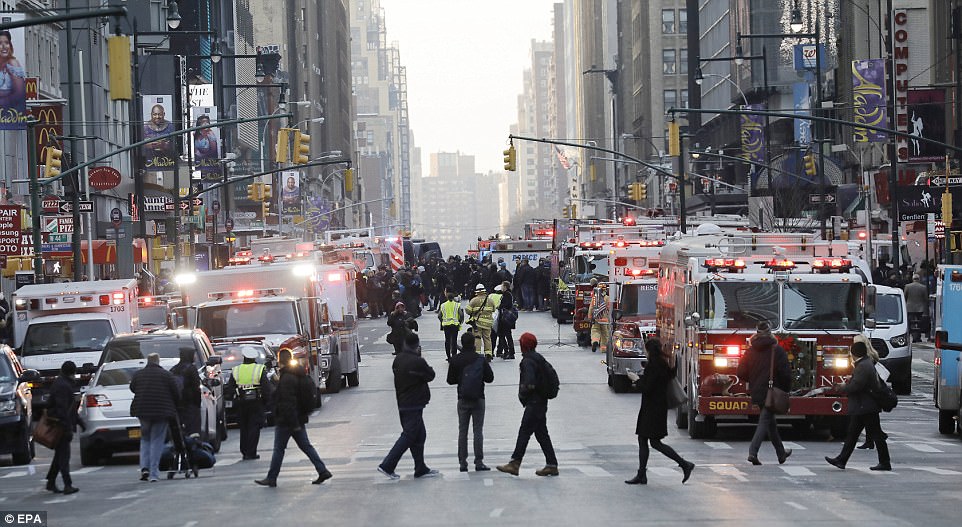 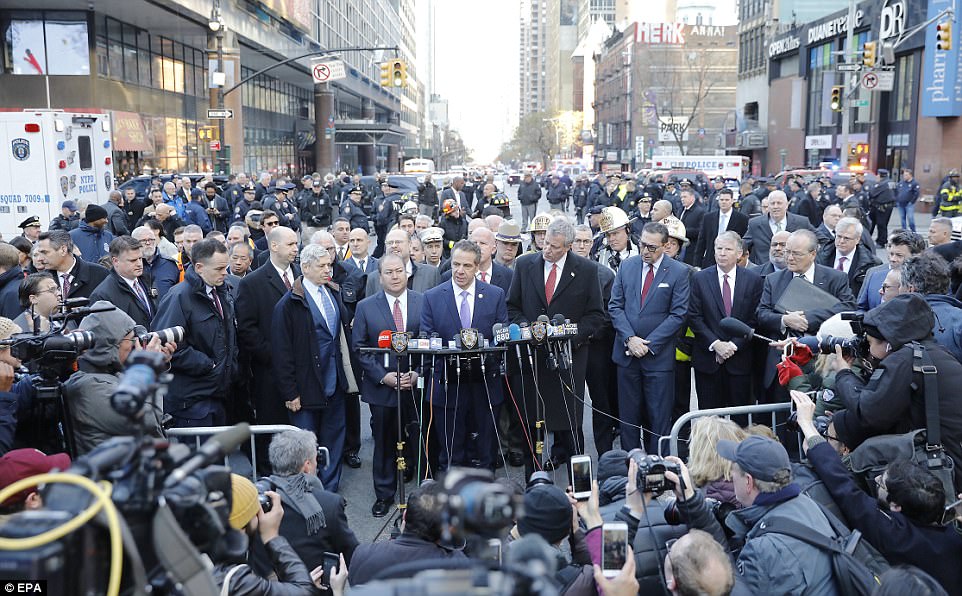 New York Governor Andrew Cuomo and the city’s Mayor Bill De Blasio gave a press conference at around 9.30am to say there was no outstanding threat 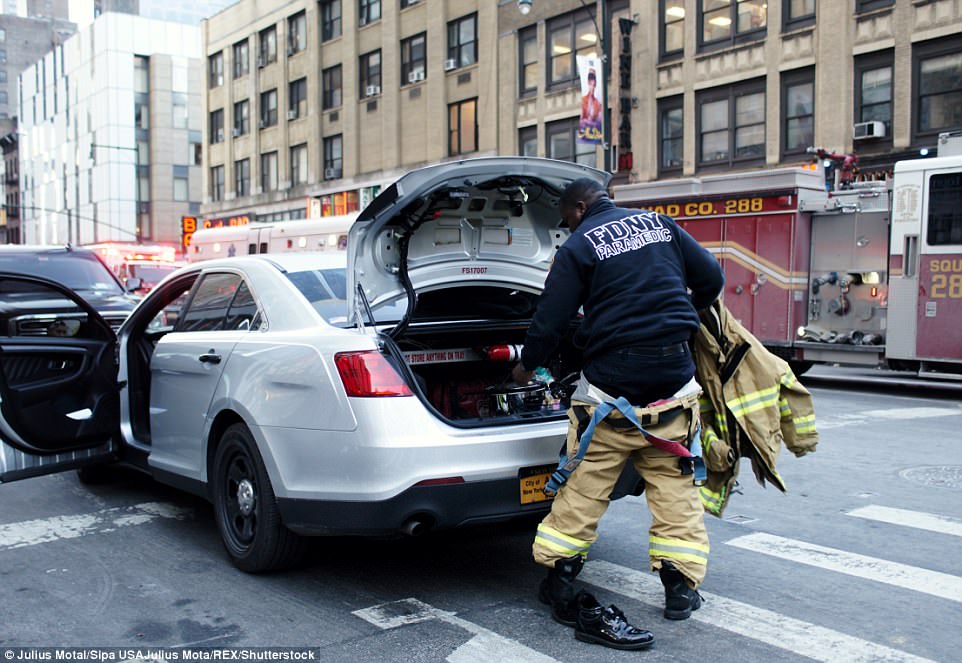 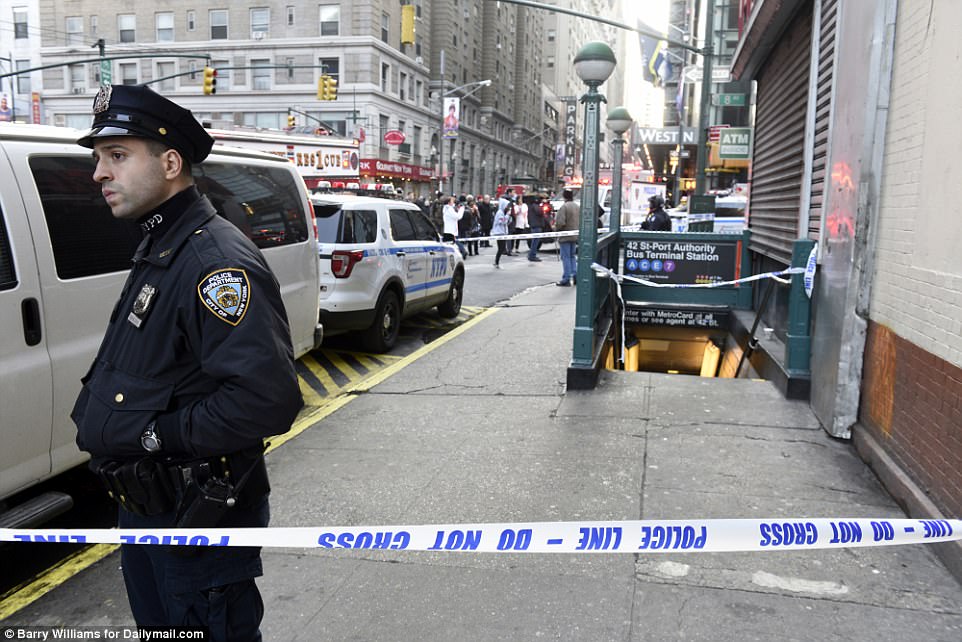 The subway at Port Authority was closed for several hours after the incident. The bus terminal has since reopened 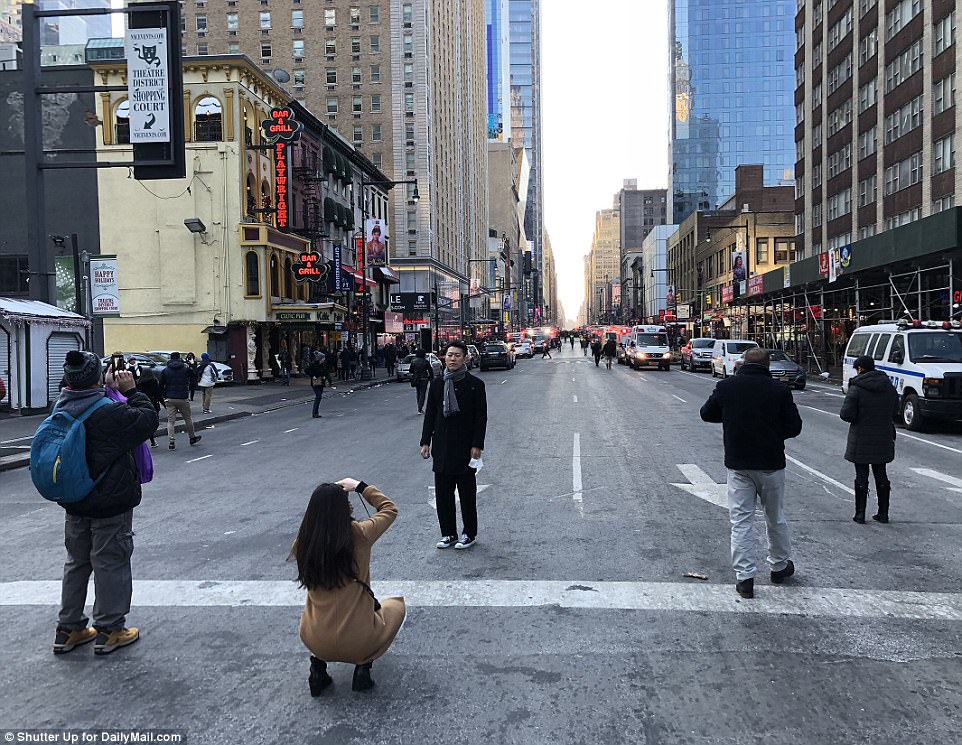 Not long after the explosion and despite a large police presence, tourists took photographs on 8th Avenue which was uncharacteristically free from traffic because of the incident 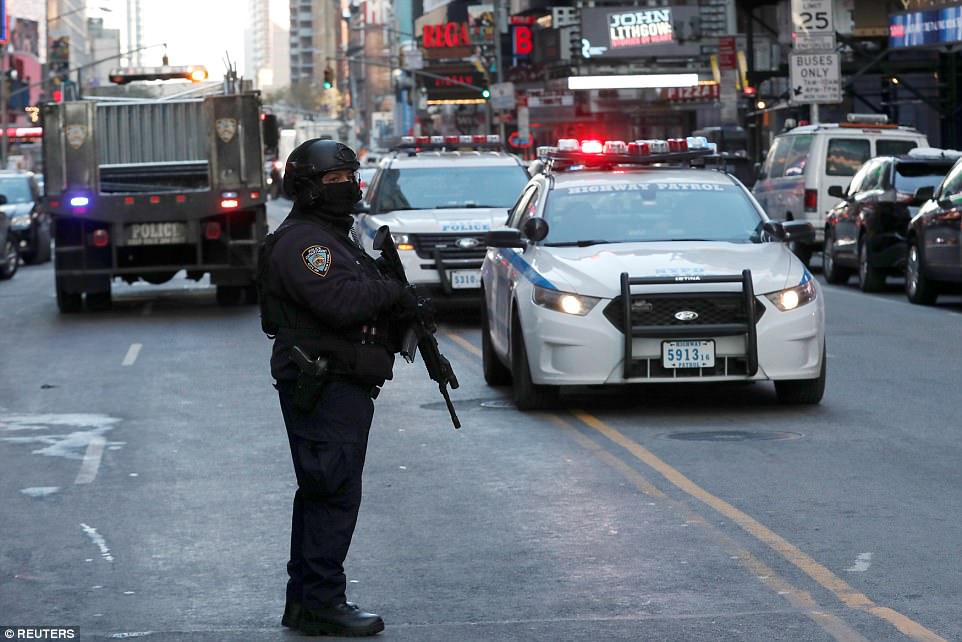 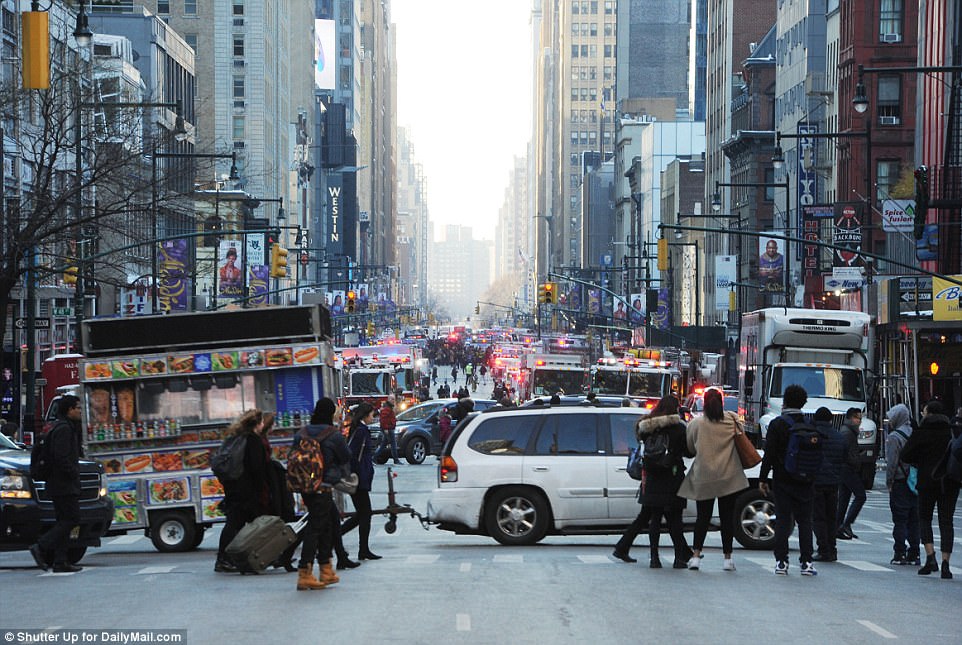 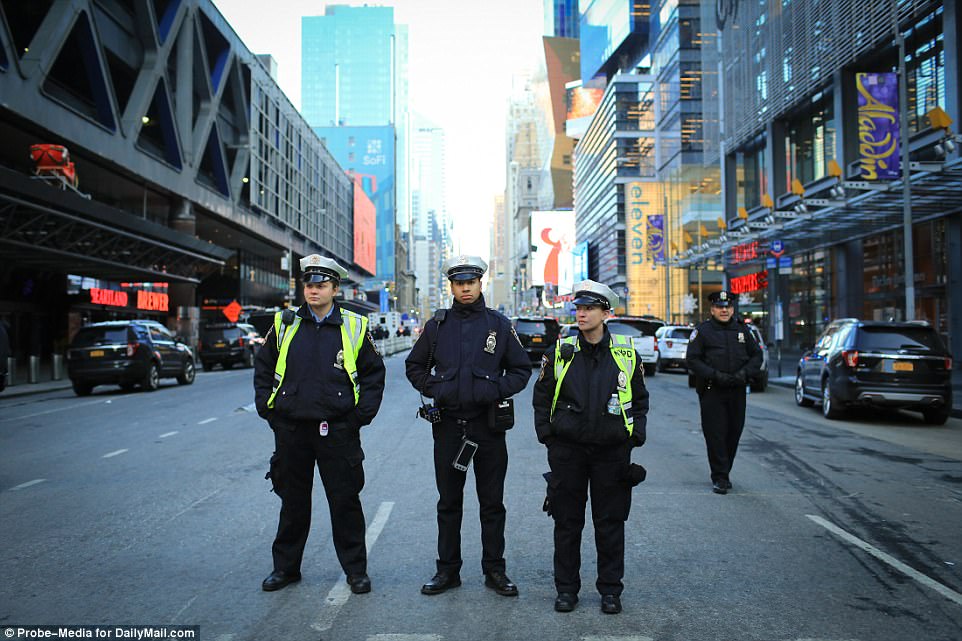