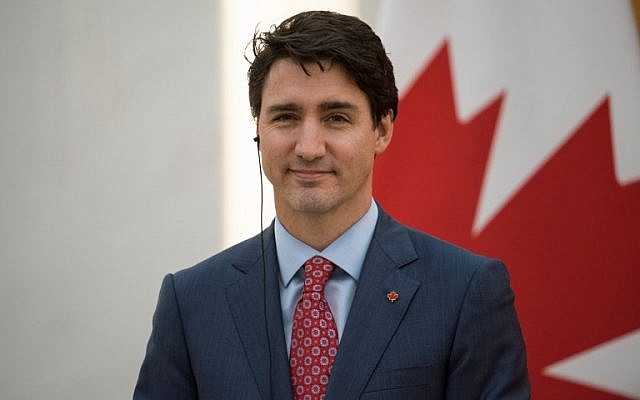 Prime Minister Justin Trudeau made it clear Thursday that Canada’s embassy in Israel would remain in Tel Aviv, breaking with his country’s neighbor and ally, the United States.

“We will not be moving Canada’s embassy from Tel Aviv,” Trudeau said during a visit to Guangzhou, China, broadcast nationally in Canada.

Trudeau was reacting to US President Donald Trump’s recognition on Wednesday of Jerusalem as Israel’s capital.

On Wednesday, Foreign Affairs Minister Chrystia Freeland reaffirmed Canada’s longheld position that “the status of Jerusalem can be resolved only as part of a general settlement of the Palestinian-Israeli dispute.”

“We are strongly committed to the goal of a comprehensive, just and lasting peace in the Middle East, including the creation of a Palestinian state living side-by-side in peace and security with Israel,” she said. 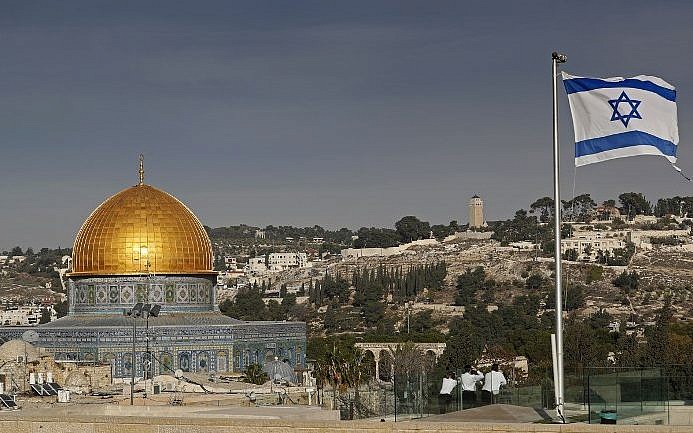 An Israeli flag flutters on the roof of a building of the Jewish Quarter in the Old City of Jerusalem, as the Dome of the Rock is seen in the background, on December 5, 2017. (AFP Photo/Thomas Coex)

Trump’s decision, welcomed by Israel, has been condemned by leaders and foreign ministers across the world, who have said the city’s status should be determined through negotiations between Israel and the Palestinians. A number of Muslim leaders have warned the move may lead to violence.

However, speaking at a Foreign Ministry diplomatic conference on Thursday, Prime Minister Benjamin Netanyahu said he was in contact with other countries that want to recognize Jerusalem as Israel’s capital and move their embassies there.

“We are holding contacts with other countries who will also recognize Jerusalem as Israel’s capital. I have no doubt than when the US Embassy will move there, and even before that, many embassies will relocate to Jerusalem. It’s about time,” he said.

Israeli officials said Thursday that both the Czech Republic and the Philippines were eager to move their embassies from Tel Aviv to Jerusalem. The officials spoke on the condition of anonymity.

The officials said they expect Czech President Milos Zeman to recognize the city as Israel’s capital in an interview slated for later Thursday.

Jerusalem expects that Hungary may follow suit. Budapest on Wednesday blocked a joint EU statement that would have opposed Trump’s move, European sources told The Times of Israel.

However, some Israeli diplomats are concerned over possible momentum developing for countries to recognize only West Jerusalem, as Russia did earlier this year. The Czech foreign ministry said in a statement on Wednesday that it recognizes the pre-1967 west Jerusalem as the capital of Israel.

Israel has declared all of Jerusalem its undivided capital, but the international community had never recognized the move, saying the city’s status needed to be determined via final status negotiations with the Palestinians, who claim East Jerusalem as the capital of their own future state.