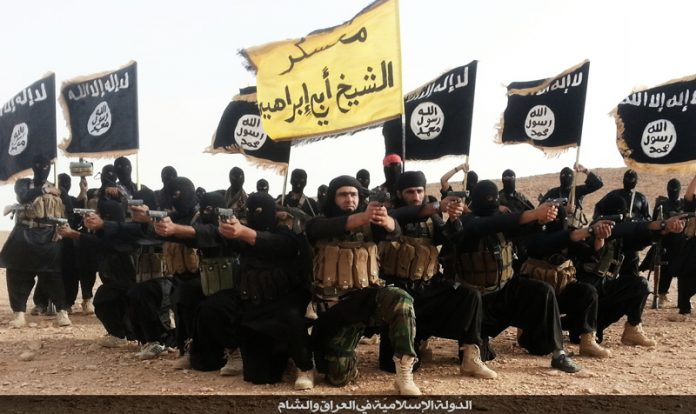 A new investigative report reveals that hundreds of Saudi and Kuwaiti nationals residing in the United States — some with dual citizenship, and most students subsisting on government scholarships — have joined ISIS and other terrorist groups in Syria and Iraq during the past three years.

Titled “From American Campuses to ISIS Camps: How Hundreds of Saudis Joined ISIS in the U.S.,” the report — released June 1 by the Washington-D.C.-based think tank, The Institute for Gulf Affairs (IGA) — provides details of the flow of students leaving American institutions of higher learning to fight in the Middle East.

According to a 2016 working paper produced by the National Bureau of Economic Research, Saudi Arabia is the second-largest source of ISIS fighters from Muslim-majority countries, with an estimated 2,500. If the IGA report is accurate, a whopping 16% of these fighters were in the U.S. when they joined ISIS.

An equally disturbing finding of the report is that the Saudi government, which has been monitoring its nationals in the U.S., is fully aware that many of their own citizens are joining ISIS and not only has done little to stop them, but has kept information about the subject from American authorities.

Meanwhile, according to the report’s authors — IGA director Ali al-Ahmed, a Saudi Shiite expatriate critical of the Sunni regime in Riyadh, and researcher Mohamed Dhamen — the FBI failed to notice the steady stream of would-be jihadis exiting the U.S. and heading for Iraq and Syria. This failure should not come as a surprise, given the fact that one of the FBI’s own employees — Daniela Greene, a translator with top security clearance – absconded to Syria in June 2014 and married the ISIS recruiter she had been assigned to investigate. The rogue agent lied to the FBI about where she was going, alerted the terrorist that he was the subject of an FBI probe and shared classified information with him.

In a May 10 letter to Deputy Attorney General Rod Rosenstein and Acting FBI Director Andrew McCabe, Senate Judiciary Committee Chairman Chuck Grassley requested additional information on how Greene — who eventually turned herself in, and reached a lenient plea deal — was able to slip through the system undetected. Two days later, Grassley released a statement. “I’m troubled that a relationship between an FBI employee and a prominent ISIS recruiter went unnoticed, and more troubled that there wasn’t a safeguard to successfully catch this incident,” he said.

“It’s important for the public to understand how this happened and how similar problems will be prevented in the future. We also need to know how prosecutors settled on the charges in this case. A sentence of two years seems unusually light for such a potential threat to national security.”

Greene’s case sheds light on the findings of the IGA report and its claim that Saudi influence on American administrations, and relationships between senior officials in both countries, is behind Washington’s ignoring Riyadh’s “well-established… involvement in supporting terrorism and terrorist groups.”

The number of Saudi students in the United States in 2016 reached 125,000, the “most in the world,” according to a June 14 Arab News report. Those who leave to join a terrorist group and subsequently return — enabled by their U.S. citizenship, combined with lax monitoring of and leniency with them — present a clear and present danger to America’s home front.

As then-FBI director James B. Comey said during a House Homeland Security Committee hearing in September 2014:

“Foreign fighters traveling to Syria or Iraq could… gain battlefield experience and increased exposure to violent extremist elements… they may use these skills and exposure to radical ideology to return to their countries of origin, including the United States, to conduct attacks on the Homeland.”

The IGA report, covering the three-year period since then and including extremely serious charges against both Saudi Arabia and previous U.S. administration and security officials, indicates the urgency with which the current administration needs to treat the issue and act upon it. American blood is at stake.