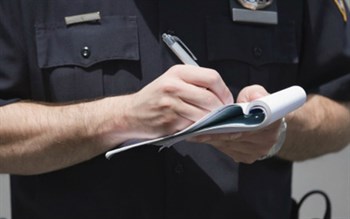 The trial of a former D.C. Metro Transit Police officer is now under way – making it the first time in America where law enforcement has been suspected of joining leagues with Islamic terrorists.

“[Young] was attracted to Nazis and Islamic terrorists at the same time,” Kromberg informed at the trial, according to a report by the Investigative Project on Terrorism (IPT), which was published by WND. “Both hate Jews.”

He stressed that this case is unprecedented.

“It’s a unique case; it’s a unique defendant,” Kromberg noted in court last month, according to the Washington Post. “The defendant was an adherent of both… The common enemy is hatred of the Jews.”

Before the trial began, Young was enthusiastic about his case.

“I can’t wait to go to trial,” Young expressed in a phone interview from a Virginia jail, according to the Washington Post. “Frankly, my case isn’t like any other terrorism-related case that anyone’s ever brought forward.”

Charges against the 36-year-old Muslim convert from Fairfax, Virginia – who served as a Washington Metropolitan Transportation Authority police officer since 2003 – allege that he attempted to provide ISIS with material and obstruct justice.

“According to court filings, Young gave misleading statements to the federal agents when interviewed about the whereabouts of a close associate who Young believed had traveled to Syria to join ISIS,” IPT revealed. “Young also tried to give his associate gift card codes to help ISIS recruit new members. He drew investigators’ attention after a September 2010 interview with FBI agents in connection with the arrest of an acquaintance, Zachary Chesser.”

Chesser’s ties to ISIS are even more clear.

“Zachary Adam Chesser (a/k/a Abu Talhah Al-Amrikee) was arrested on charges that he provided material support to Al-Shabaab – a designated foreign terrorist organization,” the IPT anti-terrorism group states on a fact sheet on Chesser. “Chesser admitted to federal agents that he attempted on two occasions to travel to Somalia to join Al-Shabaab as a foreign fighter. According to the affidavit, Chesser maintained several online profiles dedicated to extremist jihad propaganda. These profiles were allegedly used by Chesser to post pro-jihad messages and videos online.”

In 2011, Chesser was sentenced to 25 years in prison for threatening South Park television show writers and for trying to supply material support to the Islamic Somali terrorist organization Al-Shabaab.

The anti-Semitic zeal that Young displayed was evidenced through the Israeli flag doormat on his front doorstep, along with his home phone, which dons a photo of billowing smokestacks from Nazi concentration camps. Kromberg noted to jurors in the Eastern District of Virginia that the caption on the picture read, “Together we can finish what Hitler started.”

In addition, Young has a Nazi SS tattoo emblazoned on his shoulder and revealed his reasoning for wanting to join the ranks of ISIS.

“Don’t discount an alliance with Muslims to combat the Jews,” Young proclaimed after he participated in a neo-Nazi gathering, according to IPT.

Young’s extreme anti-Semitism did not stop there.

“A search of Young’s home and computer uncovered an ‘intense interest in terrorism – of the Nazi variety,’ and included a photo of Young and his associates in their Nazi SS uniforms in front of a Nazi flag, a picture of the swastika imposed on an Israeli flag with the caption ‘The Greatest Devil,’ and a cartoon depicting a pig with the face of a stereotypical Jew titled ‘Jewish swine,’” the IPT report divulged.

When Young’s computer was examined, officials discovered bookmarks for anti-Semitic, Neo-Nazis and pro-Hitler websites, not to mention other sites affiliated to Osama bin Laden, Anwar al-Awlaki and other Islamic jihadists.

However, Linda Moreno – Young’s lead defense attorney in the lawsuit – insists that her client is not invested in jihad.

“The FBI induced Nicholas Young, a distinguished officer to commit a crime that they created,” Moreno expressed before the court in her opening statement. “Nick Young never spoke to anyone in ISIS, never contacted anyone in ISIS.”

The interconnection between Young’s Nazi and ISIS fascination is crucial in the case.

“To get past the entrapment defense, prosecutors will have to show that Young was inclined toward violence before his first contact with federal agents in 2010,” the IPT report stressed. “The Nazi evidence becomes critical to the government’s case because it predates Young’s attraction to Islamist terrorism.”

There is much evidence supporting the argument that Young was heavily involved in jihadist campaigns.

“Young traveled to Libya twice in 2011 and associated with rebels attempting to overthrow the Moammar Qadhafi regime,” the report continued. “Authorities found body armor, a Kevlar helmet, and several other military-style items in Young’s baggage. Young also told a confidential informant that he served with the ‘Abo Salem Suhada Brigade’ in Libya, which is a reference to the Abu Salim Martyrs Brigade that has al-Qaida ties.”