The Qur’an teaches that Infidel women can be lawfully taken for sexual use (cf. its allowance for a man to take “captives of the right hand,” 4:3, 4:24, 23:1-6, 33:50, 70:30). The Qur’an says: “O Prophet, tell your wives and your daughters and the women of the believers to bring down over themselves of their outer garments. That is more suitable that they will be known and not be abused. And ever is Allah Forgiving and Merciful.” (33:59) The implication there is that if women do not cover themselves adequately with their outer garments, they may be abused, and that such abuse would be justified.

Meanwhile, authorities in shattered, staggering, dhimmi Britain largely remain too afraid of charges of “racism” and “Islamophobia” to do much of anything about the phenomenon of Muslim rape gangs. 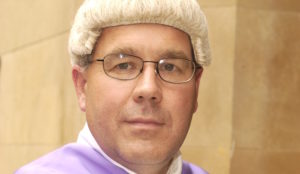 A GANG of ten men accused of operating a ‘cynical and predatory’ child sex ring on a ‘massive’ scale across Oxford are currently on trial, it can be revealed.

The major trial into alleged child sexual exploitation, which began at Oxford Crown Court on October 9, is expected to last until January but for legal reasons can only now be reported.

The men all deny a number of sex offences including conspiracy, rape, supplying drugs and indecent assault on young girls between 1998 and 2005….

The prosecution has said the men coerced the girls into sex at a number of locations across Oxford, including at guest houses, in cars, and at local parks.

The six alleged victims, none of who can be named for legal reasons, were all from Oxford and aged between 13 and 15 at the time.

The jury of four women and eight men has heard accounts from the girls, who are now women, as well as police interviews and statements from the defendants.

One alleged victim recounted how she was pushed onto a bed at an address in Cowley and raped by two of the men.

She was beaten with a slab of wood while the men sexually abused her and hurled nail varnish remover in her face the court heard.

Giving evidence earlier in the trial she told jurors: “I tried to push him off but he was stronger than me. [I was] slapped in the face with an open hand twice.

The court heard she told police in interview she was ‘screaming’ during the alleged ordeal and had begged them to stop.

In other instances of alleged abuse, the girls were also plied with drink and drugs as part of what prosecutors called the ‘grooming process’ and took part in ‘sex parties’ at a number of addresses across Oxford and one in London involving groups of men.

The court was told some of the men would take the girls to local parks in and around Oxford where they would be raped and sexually abused.

One alleged victim, aged 14 at the time, told police she recalled ‘feeling sick’ afterwards after being sexually assaulted.

Later, the girl was locked inside an Oxford guest house by one of the defendants and forced to jump off a second-floor balcony to escape.

“Like you are something important to them, that you are a friend to them. And, really, it wasn’t that.

“It was just to get what they want, it took me some years to realise that.”

The men each deny all of the charges levied against them and their defence started this week.

One of the defendants who is accused of one count of rape at a flat in London, Saboor Abdul, took to the witness box yesterday.

Denying anything illicit took place at the flat he told jurors: “Nothing untoward happened. There was chit-chat; conversation and video games.

“It was a relaxed, warm atmosphere. There was no drama.”

He added he was at university when the offence he is accused of is alleged to have taken place, he had been ‘studious’ and ‘a bit of a geek’ and he had no romantic or sexual interest in girls at the time.

The accused men are:

Haji Khan, 37, of Littlegreen Lane, Birmingham, denies one count of indecent assault and one of conspiracy to rape.

Moinul Islam, 41, of Wykeham Crescent, Oxford, denies two counts of indecent assault, one count of rape, one count of false imprisonment and another of supplying a drug of Class B to another.

Kamran Khan, of Northfield Road, Bolton, denies one count of indecent assault, one count of rape and another of false imprisonment.

An unnamed 47-year old denies one count of indecent assault.

An unnamed 37-year old denies one count of indecent assault, one count of kidnapping and another of false imprisonment.