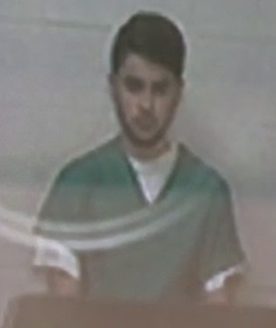 Why isn’t the father being charged? via Local teen to face trial for allegedly murdering his mother

FARMINGTON HILLS — During the Dec. 8 preliminary exam for Muhammad Altantawi, who is accused of having killed his mother on Aug. 21, 47th District Court Judge Marla E. Parker determined there was sufficient probable cause that a crime was committed and that Altantawi should face trial.

The preliminary exam provides the court with the evidence of the case and determines if there is enough evidence to require a trial.

The decision came after four hours of deliberation that saw the cross examination of Dr. Ruben Ortiz-Reyes, a deputy Oakland County medical examiner, who provided the autopsy of Nada Huranieh, and Sergeant Richard Wehby, one of original responders as well as one of the first officers to interview Altantawi after the incident.

Altantawi, 16, was initially accused of throwing his mother, 35-year-old Nada Huranieh, out of an upper story window of the family home. He is being held without bond at Oakland County Children’s Village.

During his testimony, Ortiz-Reyes revealed that he performed an autopsy on Huranieh’s body on August 22 at 8 a.m. After questioning from the defense, Ortiz-Reyes said the original cause of death was re-evaluated after a second examination of the evidence. Further analysis made Ortiz-Reyes give the opinion that Huranieh was deceased prior to her landing on the patio because of the lack of blood beneath her body.

Ortiz-Reyes testified that Huranieh died from suffocation and blunt force trauma to the side of her head. He also said her injuries weren’t consistent with a fall.

The defense questioned how Ortiz-Reyes had to come this this conclusion and presented a photo of the deceased with clear blood around the scrape on her head.

After examining the video, officer Wehby and others determined that Huranieh’s death was no accident. Her limp body can be seen on the video falling from the third story window.

Wehby also testified that he thought it was odd there wasn’t more blood near the victim.

He said he was one of the first officers on the scene that morning and that upon arriving, he briefly saw three children and a man whom he presumed, correctly, was the father.

He then went to the body on the patio and observed the open window Huranieh had allegedly fallen from while cleaning it.

He then ventured into the third-floor bedroom that Huranieh had used as a dressing room. He observed a still standing ladder, a bottle of Tilex and that a bathroom mat was missing.

Wehby said that he saw streaks on the window from what appeared to be cleaning solution that hadn’t been wiped. He also said there wasn’t any damage to the wood floor, the kind of damage one would expect to see after an alleged fall.

While walking throughout the other areas of the house, Wehby noticed a washing machine flashing an error message. He also observed a white rug-like material floating in the water.

He also noted several security cameras on the property, cameras the family said were installed prior to them purchasing the home and that, to their knowledge, didn’t work. The company that installed the cameras instructed officers that the cameras were indeed operational and that the night’s events had been recorded on a DVR inside the home.

Wehby and other officers went back to the residence after this discovery to ask Bassel Altantawi, the father of the children and husband of the victim, if they could search the home for the DVR. He gave consent and the DVR was found, to the surprise of the grieving family.

According to Wehby’s testimony, although the video does not have footage of the actual window where the crime occurred, it has footage of the area five feet below the window and onto the backyard.

From that angle, shadows can be seen coming from the third story window. The shadows depict a struggle of some sort and a limp body being rolled onto the window before being flung out of it, seemingly by the feet. The video also shows the light in the third story room going on and off several times after the body landed on the patio.

Wehby also testified that Muhammad Altantawi can be seen on the video, talking on the phone with 911 and being instructed to provide CPR. He defined Altantawi’s attempts to resuscitate his mother “lame” and said the boy was not doing as instructed, despite telling the operator he was.

Wehby and a team went to the home to interview Altantawi about that night after examining the video. Bassel Altantawi gave consent for the police to speak to his son while he left to pick up one of his daughters.

Upon returning, Bassel Altantawi became irritated by the number of policemen at his home and abruptly ended the interview with his son. However, he didn’t end the interview before the 16-year-old gave answers to Wehby that were contradictory, at best and incriminating, at worst.

Wehby also testified that Altantawi originally told officers that he woke up at 6 a.m., showered at 6:05, proceeded to comb his hair and prepare himself for the day when he heard a scream from his sister, who had just discovered their mother’s body. He noted that Altantawi was very precise about his times.

The officers then told Altantawi that they had video of the incident from the home’s surveillance cameras. Wehby testified that Altantawi was visibly taken aback and slumped into his chair.

His next claim was that he woke up to go get some water and saw his mother going to her dressing room with cleaning supplies. Later, he told officers that he was helping his mother clean the windows in the dressing room.

He told officers that he was supposed to hold the ladder while she was cleaning the windows and he had thought he wasn’t required to hold onto it the whole time. She slipped and fell.

According to Wehby’s testimony, Altantawi said he “wanted to believe it didn’t happen” and went back to his bedroom, took a shower and went to bed until he heard his sister’s screams.

After Bassel Altantawi returned and ended the interview with police, Wehby searched the laundry room where he had seen the error message on the washing machine. He found no clothes in the washer, but a male teenager’s outfit in the dryer as well as the sopping wet, white, missing bathroom mat in a laundry hamper inside a zip-tied garbage bag.

Ortiz-Reyes’ testimony revealed that he found no white fibers on or inside the victim during his evaluation.

At one point a member of the defense team asked Wehby if he or anyone on the investigation had inquired of the “Muslim community” if they knew who had killed the victim. Wehby responded, “no.”

David J. Kramer, representing the defendant, maintained that there is zero direct evidence against Muhammad Altantawi.

Family and friends of the defendant, and the deceased, filled the courtroom for the preliminary exam, sitting on opposing sides of the courtroom as a symbolic gesture.

“The cause of death is smothering,” Chief Assistant Prosecutor John M. Skrzynski said during the final arguments for the day. He also said that because of the time it takes to smother someone, two to four minutes, according to Ortiz-Reyes’ testimony, the charge should be premeditated first-degree murder.

The trial date will be set by the end of December.