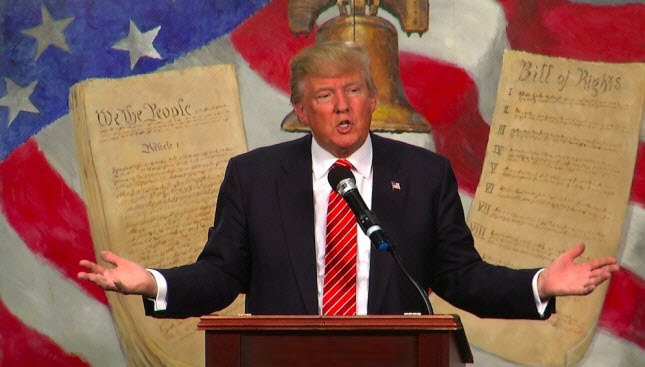 We’re having a Party! Join us America! It’s Time to Celebrate!

Myrtle Beach, SC: Joe Dugan, Founder and Executive Producer of the South Carolina Tea Party Coalition Convention called today for a National Day of Celebration on January 20, 2018, to celebrate the 1st Anniversary of the hard working, US citizens tremendous victory over Globalists, Socialists, Democrats and the Republican Establishment, with the Inauguration of the People’s President, Donald J. Trump, on January 20, 2017!

Now after one year in office, we are starting to see America on a comeback, with a robust economy, reduced regulations and restrictions, a restored respect in the world and a record rebound in jobs for US citizens., among the many promises kept by President Trump. It is the 1st time in memory that a politician has fulfilled so many of his promises in such a short time. But perhaps that is because President Trump is not a politician but an America-First nationalist, willing to work with the rest of the world but not dominated by it.

Just imagine how much more could have been accomplished if he had the full support of his own party and if a few Democrats decided to think for themselves, instead of blindly following their incompetent and malicious leadership’s orders on how to destroy a nation!

From January 20-22, 2018, the place to be is at the SCTPC Convention in Myrtle Beach, SC, as we celebrate our nation’s resurgence under the Trump Administration. Our renowned speakers will expose the treachery behind the Deep State and Shadow Government, the lying media and those who hold no allegiance to their oath of office, sworn before God who they try to remove from our society along with any thinking US Citizen who supports Law and Order, securing our borders, and the Bill of Rights for all citizens.

Our convention and that whole weekend will be a time of national celebration and expression of gratitude to President Trump and his team of patriots for saving our Republic from the brink of a Marxist takeover by the left, Academia, Establishment elites from both political parties, BLM, Antifa, and all those who seek to undermine the greatest nation on earth, by daily pushing for a coup to replace our Constitutionally elected President.

If you are a member of the press that launches daily vicious attacks and lies against our heroes and President, don’t even think of filling out an application to cover this convention! If however you are a member of that rare breed of media that still believes in honest journalism instead of opinion maliciously disguised as fact, then you are welcome to apply for a press pass and a spot on our Radio Row.

To kickoff the celebration, we invite each and everyone who loves America, supports our President and is better off today than they were one year ago, to mark your calendars for Saturday, January 20, 2018.

We will be live streaming, from sea to shining sea, all 3 sensational days, so that wherever you are, you too can celebrate and then see and hear the Truth about those issues that have turned our capitol into a SWAMP. Only then can we fix the rest of the problems on the road to #MAGA! We encourage you to gather with your friends and listen to our fantastic speakers.

If, however, you can’t join our party in person, then gather your friends, neighbors and family to have your own party, watching our world-wide live stream all over America, in a tremendous day of celebration and gratitude for your hard work and determination in making the pundits and prognosticators look like fools, as you elected someone you TRUST, Donald J. Trump, as the 45th President of the United States!

Each year we choose a different theme for the convention. In 2016 the theme was “Whom Do We Trust To Lead This Nation” and US citizens answered that question in the voting booths across the land with a resounding voice for Donald J. Trump on election day.

The theme of the 6th Annual will be:

“ President Donald Trump’s Contract with the American Voter “ and our distinguished expert speakers will critique the tremendous success of our President (conveniently ignored for the most part by the MSM and Fake News), and his Administration.

At the same time they (2018 Speaker Bios) will call attention to those in Congress, (particularly Establishment Republicans), the media and globalists who have failed miserably, to support their Republican President’s agenda that was endorsed by the People on election day.

Let’s celebrate the accomplishments thus far and finish the job!

If the politicians in Washington refuse to act in the best interests of this Republic, then we must find and support, honest and willing, patriots, to defeat them in primaries in 2018!

Support means not just donations but actively volunteering to gather signatures, writing letters to the Editor, campaigning in groups going door to door, participating in phone banking, attending rallies, handing out fliers and all the other little things it will take to educate your fellow citizens to participate in our government.

If you do this you will scare the pants off the current cronies who get elected term after term because they tout false promises that disappear one the last vote is counted.

As a US citizen you have the power and the DUTY to keep the American Dream alive and hold your elected officials responsible to the Law of our Land- the US Constitution!

It’s strength lies in the fact that it guarantees “equal opportunity for all.”

So let us celebrate the Anniversary of President Donald J. Trump’s Inauguration on January 20, 2018. Party like there is no tomorrow!

Then tune in again the next day to our convention and understand that without your voice and activism, there will be no tomorrow!

Prior to that Mr. Dugan was the South Carolina State Coordinator for the Tea Party Patriots for over 5 years and also the Chairman of the Board of the Myrtle Beach Tea Party,