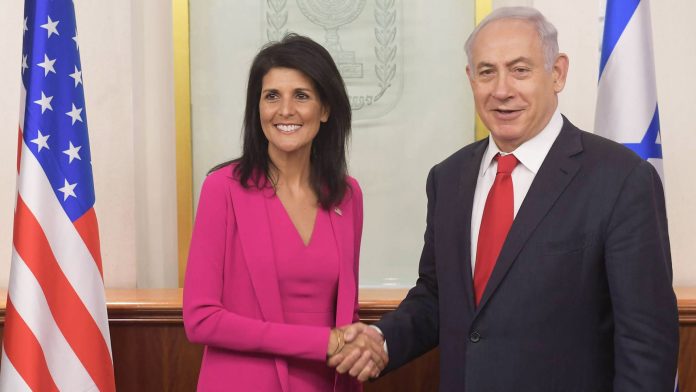 The resolution called on “all states to refrain from the establishment of diplomatic missions in the Holy City of Jerusalem” in an attempt by UN Security Council members to invalidate President Trump’s pledge to relocate the US embassy from Tel Aviv to Jerusalem. It was carried by all the other 14 members. US ambassador Nikki Haley said: “We will not let the UN Security Council to again pass one-sided resolutions against Israel.” After the vote she said: “The United States will not be told by any country where we can put our embassy.”

Israel’s ambassador Danny Danon said: “Members of the Council can vote again and again – for a hundred more times. It won’t change the simple fact that Jerusalem is, has been, and always will be the capital of Israel.”