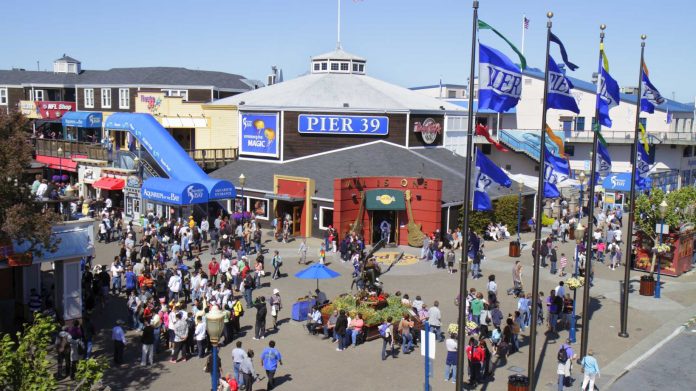 “You’ve allowed Donald J Trump to give away Al Quds to the Jews.”

The FBI arrested a man from Modesto, California that they say was planning a Christmas terror attack in San Francisco, according to court documents.

Authorities say that Jameson targeted Pier 39 for the attack because he was familiar with the area and knew that it was a “heavily crowded area.”

ABC 7 noted that Jameson graduated from the Marine Corps in 2009, where he earned a “sharpshooter” qualification but was discharged for not disclosing his medical history.

Jameson allegedly told officials that he was “ready to die” as they noted that he “espoused radical jihadi beliefs, including authoring social media posts that are supportive of terrorism, communicating with people he believes share his jihadi views and offering to provide services to such people, including in the form of his presumably employer-provided two truck in service of the ’cause.’”

“He wrote a letter stating among other things: ‘You all have brought this upon yourselves. There are no innocent Kuffar! Each and every Kuffar in this Nationalistic, Godless society has a hand in this. You’ve allowed Donald J Trump to give away Al Quds to the Jews. Both You and he are wrong, it belongs to the Muslemeen,’” the FBI complaint stated.

FBI agents raided his home on December 20 where they allegedly found multiple firearms. During the raid, officials claim that he told them that he supported ISIS and “would be happy if an attack was carried out.” 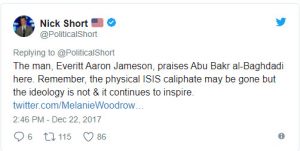