The mayor of Dearborn, Michigan, joined a protest rally consisting mainly of his city’s Muslim community in denouncing President Trump’s decision to recognize Jerusalem as the capital of Israel.

Dearborn, the home of Ford Motor Co., is also home to the nation’s largest concentration of Arab-Americans, who make up 30 percent of its population.

Some in Michigan have mockingly referred to the city as “Dearbornistan” for its many radical imams, signs written in Arabic, women walking down streets covered in burqas and terror suspects who have been questioned, investigated and, in some cases, convicted.

But whenever controversy arises, the city’s Democrat mayor can be seen siding with the Muslims.

On Tuesday, Mayor John O’Reilly Jr. joined a rally that was arraigned by elements of the Muslim Brotherhood to protest Trump’s Jerusalem decision. 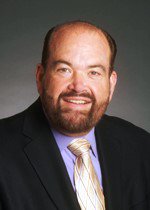 “Previous presidents on both parties said this was not something that needed to be done,” O’Reilly said. “We, as a city, are deeply impacted by this and there are consequences to every decision. We expect our leaders to listen to our communities and no one was consulted.”

O’Reilly failed to mention that Congress, the representatives of the American people, have already been consulted, back in 1995. That’s when the House and Senate passed a law declaring the U.S. should recognize Jerusalem as the capital of Israel and move its embassy there, citing the long historical connection between the Jewish people and Jerusalem. The city was reconquered by Israel in the 1967 Six Day War with several Arab nations.

So the decision was not made “unilaterally.” Trump was merely allowing the will of the Congress, which represents the citizens of the United States, to go into effect, rather than ignoring it as Presidents Clinton, Bush and Obama did.

“O’Reilly’s statement no doubt represents the arrogance of many of his constituents,” said Robert Spencer, director of Jihad Watch and an author/speaker about the Islamization of the West.

“O’Reilly has probably been repeatedly hectored by Muslim leaders about how he cannot understand issues concerning them the way they can, and has been told by them that he must consult them before doing or saying anything regarding issues relating to terrorism,” Spencer told WND. “O’Reilly, internalizing these supremacist assumptions, is passing them on to the president.” Former Rep. Michele Bachmann, who supports Trump’s decision, said the Dearborn mayor and the Muslims protesting with him seemed more concerned about what other nations felt about the decision than the will of the American people.

“Politicians in Dearborn and Europe who represent these anti-Semites continually cater to and appease the racist, bigoted views of their newest, often foreign-born voters,” she said.

“Rather than standing for the constitutional right of President Trump to declare Jerusalem as Israel’s legal capital, these spineless politicians sell out America’s sovereign rights to those who would wish destruction upon Israel and Islamization upon America.” ca. 2001, Dearborn, Michigan, USA — One of two McDonald’s in America, both in Dearborn, which serve halal meats. Halal meats come from animals slaughtered in the way prescribed by Shari’a, or Islamic law. — Image by © Ed Kashi/CORBIS

Trump, in his Dec. 6 announcement, said his recognition acknowledged the “obvious” – that fact that Jerusalem is the seat of Israel’s legislature, its supreme court, and the prime minister’s residence. The fact that the United Nations and the “world community” has sided with the Palestinians in their 50-year dispute with Israel over Jerusalem did not carry water in Trump’s decision.

Imam Mohammad Mardini of the American Muslim Center on West Outer Drive in Dearborn spoke Tuesday about the history and religious views of the people of Jerusalem.

“The issue in Palestine is not a Palestinian issue,” he told the News. “It’s an issue of peace. Mr. President, our president, my president … this is wrong on all levels.”

Dick Manasseri, spokesman for Secure Michigan, a group that educates citizens about the impacts of Shariah on their communities, said he was not surprised that the mayor would join the likes of CAIR and radical imams to protest the president.

Calls to O’Reilly were not immediately returned Wednesday.

“Dearborn is a prime example of an unassimilating community that benefits from all the good things that go along with U.S. citizenship, but show no obligation to support our national security – their allegiance is elsewhere and this has been proven time and time again,” Manasseri told WND.

Dawud Walid, executive director of CAIR Michigan, who spoke at the rally, is the poster child for the Muslim Brotherhood’s strategy of civilization jihad, Manasseri said. Civilization jihad exploits loose immigration laws and infiltration from within to influence the institutions and establish the principles of Shariah law in a non-Muslim society.

“CAIR, of course, remains an unindicted co-conspirator in the Holy Land Foundation trial where convictions were handed out for funneling millions of dollars to the deadly terrorist organization Hamas,” he said.

Raheem Kassam in his book, “No-Go Zones,” documented the anti-American, anti-Semitic and anti-Trump displays within the Arab-American Museum, which is a prominent Dearborn landmark.

Christians have also been harassed by Muslims in Dearborn, most famously during the annual Arab Festival when a group handing out Christian pamphlets was pelted with rocks and water bottles before being asked to leave by police, who failed to protect them.

Among the estimated 300 people gathered at the Ford Community & Performing Arts Center were those who chanted “Free, free Palestine.” Signs carried messages such as “Palestine will be free” and “Ending apartheid, ending racism.” Participants were asked to tweet @realdonaldtrump to make their voices heard.

In recent months, Michigan has been home base for the first-ever federal prosecution for female genital mutilation. The state has also just experienced an Islamic honor killing in which a teenage boy threw his mother off a balcony. There have also been numerous rapes and sexual assaults by Muslim Uber drivers preying on young women in and around Michigan’s college campuses.

In another case that shocked the state, the Dearborn imam Ahmad Jubril was found to have influenced the jihadists who carried out the brutal knife and car attack on diners in London, England, that killed seven people on June 3. 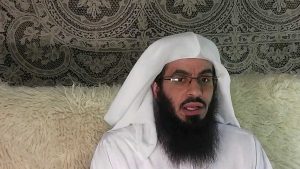 In Dearborn Heights, ISIS sympathizer Khalil Abu-Rayyan was convicted on weapons charges earlier this year after the FBI foiled his plot to shoot up one of the largest Catholic churches in the Detroit area. 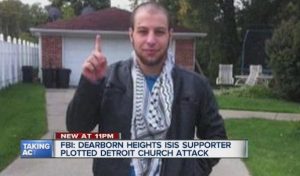 Tempers have flared between Muslims and Chaldean Christians in Sterling Heights, Michigan, where a large mosque has been proposed in a Chaldean neighborhood. The federal government filed a civil rights lawsuit against the city of Sterling Heights, demanding that it approve the mosque, which the city did, only to find that a citizens group sued the city for ignoring its issues about the mosque. The Obama DOJ also filed suit against Pittsfield Township, Michigan, when it denied a mosque, forcing it to allow the project to go forward while also ordering a $1.7 million payout to the mosque.

Daniel Pipes, president of the Middle East Forum and a scholar of Mideast history, said the mayor of Dearborn can whine all he wants, but the thrust of history is not on his side.