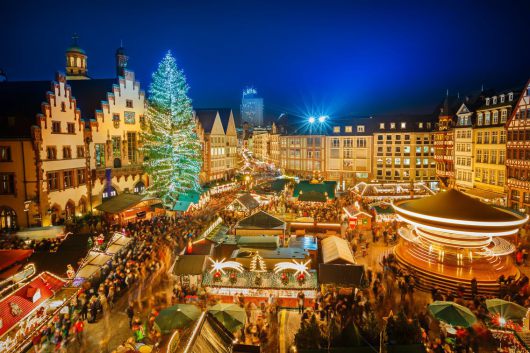 Both the Islamic State and Al Qaeda have issued audio, video or online threats to attack the West this Christmas.

These threats focus on European population centers, such as Paris and London, and New York City in America, though the possibility of Jihadi attacks in other places in the West can certainly not be discounted. History has shown that places as diverse geographically as Brussels, Berlin and San Bernardino have all been targeted, especially at Christmas time.

The possible attacks in the West could take the form of organized, planned attacks directed from Jihadi leaders overseas or inside Europe or America, or they could be carried out by individuals “inspired” by Jihadist ideology.

Ironically, very often, Western media and officials seem to take some form of weird comfort when a deadly attack ends up being the work of an individual jihadi, as opposed to an organized cell or affiliate of a known terrorist group.

In reality, the opposite should be the case.

First of all, none of the Jihadist groups–Islamic State, Al Qaeda, HAMAS, Hezbollah, the Taliban, Boko Haram, Al Shabaab, Lashkar e Taiba, Ansar al-Sharia, Abu Sayyef, Jemaah Islamiyeh–issue membership cards or wear uniforms. So a case can be made that classification of an attacker as “inspired” or “directed” could be a distinction without a difference.

But there is a difference between a cell such as the 19 hijackers who carried out the September 11 attacks after training and planning conducted by Al Qaeda’s leadership and infrastructure, and the husband and wife team who shot up a Christmas party of people they knew and worked with in San Bernardino. (Though it is vital that we understand that their acts are based on the same Islamic doctrine and they are tied together by the same Jihadist ideology.)

So which flavor of Jihadi is more dangerous?

If you’re on the receiving end of an attack, it makes no difference to you, but by casualty count, the cell would appear to pose a greater threat. On the other hand, the inspired attacks seem to happen much more frequently.

A case can be made that individual Jihadis pose a greater challenge for our intelligence and law enforcement communities.

Cells have to be organized, trained and communicated back and forth with. All of this provides opportunities for detection and even infiltration.

Individual jihadis don’t offer any of these potential vulnerabilities. One can infiltrate a cell, especially one in which members are using cell phones and email to contact each other and leaders elsewhere. How does one infiltrate one guy, like the Chattanooga, Tennessee shooter, the Orlando shooter or the Uzbeki vehicle jihad attacker in New York City?

If the individual jihadi isn’t communicating with others and no one is aware of his or her plans, how are our intelligence and law enforcement assets supposed to detect them “left of bang” (before the attack)?

Unfortunately, here in the West, and the U.S. in particular, we have failed to even properly identify the nature of the threat. A popular term in Western vernacular to describe the threat of individual jihad is the term “lone wolf.”

The term “lone wolf” does not appear in Islamic doctrine, nor is it part of any Jihadist group ideology.

Most importantly, the wave of individual jihadi attacks in recent years is all part of plans articulated by Jihadi ideologues:

Successful jihad will only happen within an ummah [Islamic nation or community] in which the fighting creed is firmly established and clarified. This must happen in order to attain the “Revolutionary Jihadist Climate” that will spontaneously give rise to instruments of resistance.

Violent jihad is as an individual duty obligatory upon every Muslim. All the ulema have said this…”

We are now seeing this “Revolutionary Jihadist Climate” in the West as evidenced by the rise of seemingly spontaneous acts of Jihad carried out by individual Muslims with no known direct contacts with Jihadist organizations.

It is this threat that we are most likely to see this Christmas.

Merry Christmas and Happy New Year from your Local Jihadi

Warnings in Jihadist literature and on Jihadi social media aren’t meant to give us a heads up. They are meant to inspire individual Jihadis to rise up and attack, in this case during the Christmas season. If recent history is any indication, we will see an act of deadly jihad somewhere in the West as a result of these communications.

The Christmas and New Year season is a particularly high-risk period as it offers unusually large numbers of potentially high-value and high-casualty targets, not just in places like New York, London, Paris and Berlin, but in just about every major city in the West.

The holiday season brings large crowds at sporting events, Christmas celebrations and ceremonies, churches, parks, restaurants and other gathering locations. In addition, the holiday season is also characterized by high volumes of leisure travel leading to large numbers of travellers in airports and train depots. The vast number of potential targets makes it virtually impossible for homeland security and law enforcement agencies to deploy enough personnel to successfully prevent every possible attack.

The Western holiday season is particularly attractive to Islamic jihadists because any successful attack, even a minor one, becomes a propaganda victory that can inspire others to follow suit and aid in Jihadist organization recruitment (despite what the U.S. government has said, Jihadis don’t recruit based on the prison at Gitmo; they recruit based on their successful attacks).

Jihadists have repeatedly demonstrated their will and capacity to plan and execute attacks during high-profile events. The Nice (July 216), Berlin (December 2016) and Manchester (May 2017) attacks show how individual jihadis and small cells can successfully carry out mass-casualty attacks. Despite their resounding defeats in Iraq and Syria, the Islamic State continues to benefit from supporters in the West, which means there is a greater risk of terrorist attacks in the West during the holiday season.

This is why intelligence services and foreign service offices continue to issue bulletins almost on a daily basis for Europe. As Christmas nears, we should expect to see such alerts issued for major events in the U.S. as well.