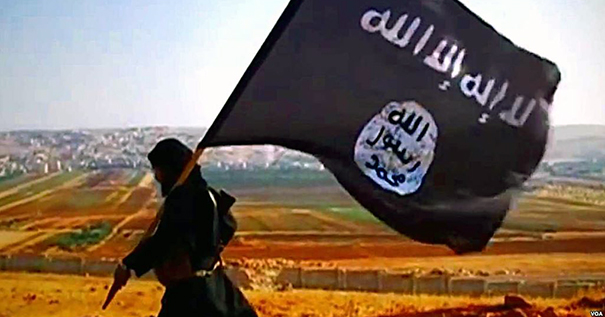 In the moments before he raped the 12-year-old girl, the Islamic State fighter took the time to explain that what he was about to do was not a sin. Because the preteen girl practiced a religion other than Islam, the Quran not only gave him the right to rape her — it condoned and encouraged it, he insisted.

Before and after the rape, the man prostrated himself in prayer. “He told me,” said the girl, “that according to Islam he is allowed to rape an unbeliever. He said that by raping me, he is drawing closer to God.”

After recounting other incidents of religiously sanctioned rape, the author of the piece addresses the question of whether or not there really is a theological basis in Islam for sex slavery. In typical NY Times fashion, she quotes two scholars with opposing viewpoints, and then leaves the question hanging in the air.

Of course, no scholar disputes the existence of slavery and sex slavery in Islamic history. Although one would scarcely know it from reading college textbooks, the Arab slave trade lasted longer than the Atlantic slave trade and involved the enslavement of many more people. But was slavery simply a cultural convention that Muhammad, like others of his time, adopted, or did he give it a divine sanction?

There are four main sources of Islamic faith and practice: the Quran, the Hadith (collections of the words and deeds of the prophet), the Sira (the biography of Muhammad), and the law books. All of them take slavery for granted, but they also specifically sanction sex slavery.

Note that this is “a decree of Allah.” Muslims believe that the Quran was written by Allah, not by Muhammad. So sex slavery can’t be dismissed as simply a cultural thing — a case of Muhammad reflecting the prejudices of his day. According to Islamic tradition, Muhammad was reciting what God told him. Thus, a 21st-century jihadist who rapes a slave girl can claim to find encouragement in the Quran.

And elsewhere. The Hadith rank just behind the Quran as a source of sacred doctrine. The two most authoritative volumes are those compiled by Bukhari and Muslim, and both refer to an incident in which Muhammad condoned the rape of female captives. Muhammad’s men had taken captive “some excellent Arab women” and desired to have sex with them, but they also desired ransom. Since a pregnant woman would not bring a high price on the slave market, “we decided to have sexual intercourse with them but by observing ‘azl [coitus interruptus].” On asking Muhammad’s opinion, they were told: “It does not matter if you do it, for every soul that is to be born up to the Day of Resurrection will be born” (Sahih Muslim, Vol. 4, No. 1438).

Muhammad not only gave permission for rape, he also provided a religious justification for it. In this regard, it’s important to know that although Muhammad is not considered to be divine, he is held to be far above ordinary men. The Bukhari hadith contains several accounts such as this:

By Allah, whenever Allah’s Messenger spitted, the spittle would fall in the hand of one of them (i.e., the Prophet’s companions) who would rub it on his face and skin; if he ordered them, they would carry out his orders immediately; if he performed ablution, they would struggle to take the remaining water… (Sahih Al-Bukhari, Vol. 3, Book 54, No. 2731-2732).

Because he is believed to be the Messenger of God’s final revelation, Muhammad has an exalted status among Muslims. He is considered to be the greatest man who ever lived, and all Muslims are expected to do their best to emulate him. Why is this significant? Because Muhammad not only distributed sex slaves to his men (The Life of Muhammad, pp. 466, 511), he took several for himself. Here is one example:

After the assault on the Jews of Khaybar, Muhammad ordered that a leader of the tribe, Kinana bin al-Rabi, be tortured until he disclosed the location of the group’s treasure. A fire was lit on Kinana’s chest but, as he still refused to reveal the secret, Muhammad had him beheaded. Muhammad had promised Kinana’s young wife, Safiya, to another Muslim, but, after hearing of her beauty, he went back on his word and took her in “marriage” for himself. By some accounts, this occurred only hours after he dispatched her husband. (Ishaq, p. 515; Bukhari, 1. 8. 367).

In response, some Muslim apologists adopt a “that-was-then-this is-now” approach. The scriptures that sanction slavery, they say, are no longer relevant. The Quran, however, is considered to be the eternal word of God. What is written is therefore eternally relevant. Moreover, various manuals of Islamic law which are still considered authoritative agree on the legitimacy of sex slavery. Umdat al-Salik (“Reliance of the Traveller”) states: “When a child or woman is taken captive, they become slaves by the fact of capture, and the woman’s previous marriage is immediately annulled.” Reliance of the Traveller is not some ancient tome gathering dust in the back of a Cairo library. It is available in English translation on Amazon, has undergone several recent reprintings, and comes with an endorsement from Al-Azhar University (the highest academic authority in Sunni Islam) stating that it “conforms to the faith and practice of the orthodox Sunni Community.”

Although the practice of sex slavery went out of fashion in the last century, the Islamic State has made it relevant again. Unfortunately, the IS jihadists cannot be dismissed as unschooled barbarians who misunderstand Islamic law. They are barbarians, but they are not untutored. On the contrary, they do things by the book.

Anyone who reads the NY Times piece will be struck by the scrupulosity with which they observe the rules for having sex. In fact, the Islamic State has its own Research and Fatwa Department. This summer, it released a 34-page manual establishing guidelines for slavery. The manual, says Islam expert Robert Spencer, is peppered with quotes from the Quran, and is “entirely in line with classic Islamic theology regarding sex slaves.”

The author of the NY Times piece claims that the ISIS leadership has “emphasized a narrow and selective reading of the Quran and other religious rulings,” but she gives no indication as to what a more comprehensive reading would look like. While individual Muslims may abhor the practice of sex slavery, they have yet to make the case that it is un-Islamic.

A scripture-based religion is not simply what its adherents (and others) would like it to be; it has a discernible content. While Christianity and Judaism allow for the development of doctrine, there is no similar provision in Islam. The vast majority of Muslims believe that scripture must be interpreted in the literal sense, and, if one does that, one cannot easily dismiss the Islamic State’s teachings about sex slavery.

For a long time, many Western citizens have deceived themselves about Islam. They were sure that jihad was primarily an “interior struggle” rather than a religious war. They denied that Islamic law prescribed the death penalty for apostasy. Contrary to all the evidence, they persisted in believing that there is no compulsion in the Islamic religion. Now, by refusing to believe that there is a theological justification for sex slavery, they are in denial again. One wonders how much more evidence they will require.