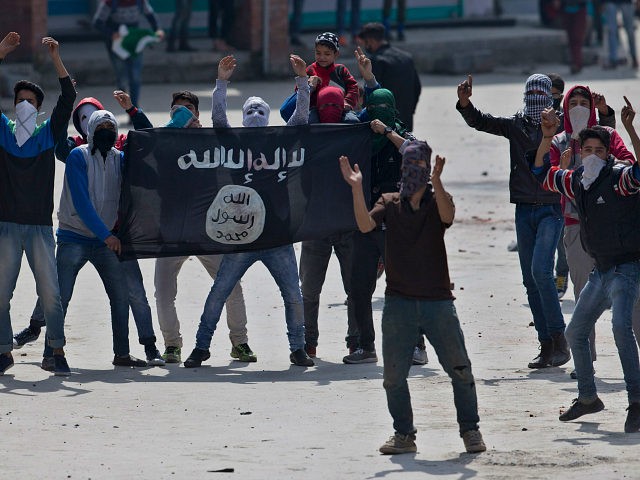 The Islamic State (ISIS/ISIL) and its rival al-Qaeda are engaged in a “fierce competition” for jihadi recruits in India, reports theHindu.

In recent weeks, both groups have reportedly intensified their focus on India.

Islamic State [IS] and Al Qaeda have been engaged in a fierce competition to promote their propaganda in India, an analysis of messages posted on social media platforms suggest.

In the past few months, both IS and Al Qaeda in Indian Subcontinent (AQIS) have been posting several provocative messages. A senior officer in the security establishment said [on condition of anonymity that] they were monitoring the content but were particularly concerned with the Al Qaraar media of the Islamic State that has been posting “Kashmir” centric messages.

Both al-Qaeda and ISIS are known to operate in India and Kashmir, a volatile Muslim-majority region claimed by Beijing, Islamabad, and New Delhi.

Jihadists from the al-Qaeda in the Indian Subcontinent (AQIS) branch have repeatedly urged their followers to attack India, particular the country’s Hindu majority.

“An official said one of the pro-IS channels on the social media platform Telegram reached out to the Ansar Ghazwat-ul Hind (AGuH) group headed by former Hizbul Mujahideen leader Zakir Musa,” adds the Hindu.

“We are surprised by this development as AGuH is an Al Qaeda backed group. A message was posted on a secret Telegram channel by [ISIS-linked] Al Qaraar appealing AGuH members to join them, when it is widely known that IS and Al Qaeda are rival groups,” the anonymous official told the news outlet.

Last year, Zee News reported that India is home to a 30,000-strong jihadi base.

The neighboring Afghanistan-Pakistan area is considered to house the globe’s “highest concentration” of terrorist groups, recently reported the Pentagon.

While ISIS and al-Qaeda are trying to expand their footprint in India and the surrounding regions, the two groups appear to be struggling in Iraq and Syria.

The U.S.-led coalition and its allies have nearly annihilated ISIS’s so-called caliphate in the Middle East, but the group remains a menace.

Al-Qaeda has been able to capitalize on the international community’s near single-minded focus to destroy ISIS in Iraq and Syria.

Experts from the American Enterprise Institute (AEI) and other think-tanks had deemed the group’s al-Qaeda branch to be its strongest wing.

A deadly feud is ripping through Al Qaeda’s leadership in Syria as the once-feared terror group looks to position itself as a “moderate” alternative to the disintegrating so-called Islamic State and President Bashar Al-Assad’s regime forces.

“A group of Al Qaeda-linked factions that hold the province of Idlib are on the brink of all-out war, with a series of assassinations and detentions of high-profile leaders,” adds the news outlet.