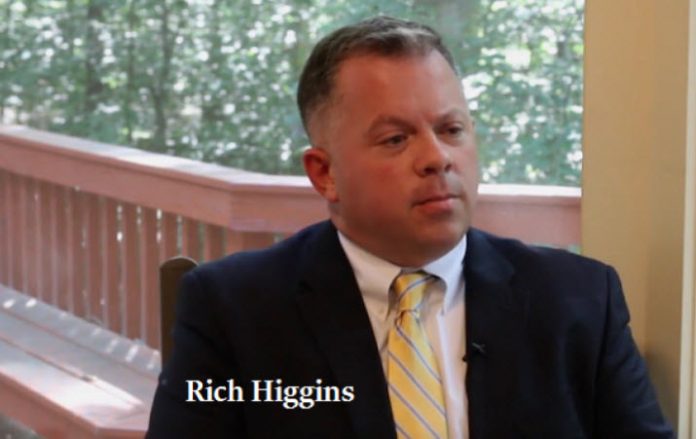 Rich Higgins, a Trump loyalist, was director for strategic planning in the National Security Council up to July 21 when he was fired by H.R.McMaster for writing a memo that detailed the threat to President Trump from the deep state. McMaster is the sort of nasty deep state operative that Mr Higgins was warning about. His misdeeds have been chronicled on American Thinker here and here, at least up to the end of August. Mr Higgins was widely mocked at the time for being a delusional conspiracy theorist with a fevered imagination.

The Strozk emails released this month show that the deep state is just as bad as Mr Higgins said it was. Given that Mr Higgins was proved correct, this raises the question as to what else he had to say in his memo. The memo is tightly written. He starts by saying that the Trump administration is under attack by a campaign to undermine, delegitimize and remove the President. The White House is reacted to this campaign as if it was normal politics. The “deep state” or permanent government apparatus engaging in this campaign is breaking federal law.

The hard left is aligned with Islamist organisations. Antifa has in effect aligned with the Muslim Brotherhood, which operates in the US as Muslim Students Association and Council of American-Islamic Relations. Globalists and Islamists recognize that for their visions to succeed, America, both as an ideal and as a national and political identity, must be destroyed. Atomization of society must also occur at the individual level; with attacks directed against all levels of group and personal identity. Hence the sexism, racism and xenophobia memes. As a Judeo-Christian culture, forced inclusion of post-modern notions of tolerance is designed to induce nihilistic contradictions that reduce all thought, all faith, all loyalties to meaninglessness. Group rights based on sex or ethnicity are a direct assault on the very idea of individual human rights and natural law around which the Constitution was framed.

The campaign operates through narratives that President Trump is illegitimate, corrupt and dishonest. Supporting narratives include:

Thus, President Trump can’t fire Mueller be because that would aid the enemy’s supporting narrative that he is obstructing justice. Mr Higgins also names the international enemies, which include the European Union, the UN, and the Organisation for Security and Cooperation in Europe, the Organisation of Islamic Cooperation and the International Muslim Brotherhood.

That insight was prescient with respect to the Alabama election in which President Trump failed to support the candidate aligned with his base on immigration and instead supported the one promoted by his son-in-law.

Mr Higgins concluded his memo with this advice: The administration has been maneuvred into a constant back-pedal by relentless political warfare attacks structured to force him to assume a reactive posture that assures inadequate responses. The president can either drive or be driven by events; it’s time for him to drive them.

If there is any justice in the world, if President Trump finally realises that his son-in-law is reliable counter-indicator of what he should do, then H.R. McMaster will be replaced by Rich Higgins as National Security Advisor in 2018. While we are at it, another deep state operative, Heather Wilson as Secretary of the Air Force, should be changed out too. There are many others.