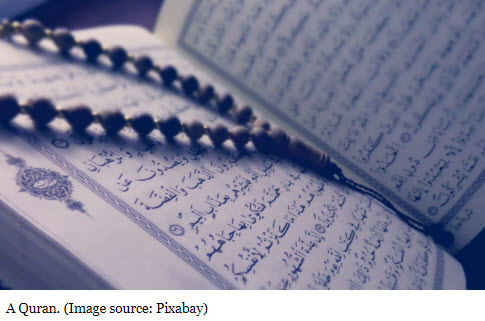 Responding to findings of a recent study on what motivates both ISIS fighters and those who combat them, Arie W. Kruglanski, distinguished professor of psychology at the University of Maryland and former co-director of the National Consortium for the Study of Terrorism and Responses to Terrorism, said:

“The ideology component addresses individuals’ need to matter and feel significant. … It tells people what to do, such as fight and make sacrifices, in order to gain respect and admiration from others.”

Kruglanski, whose 2014 article, “Psychology Not Theology: Overcoming ISIS’ Secret Appeal,” argues that religion (in this instance, Islam) plays a smaller part in what makes terrorists tick than “the [human] need for… personal significance.” He added:

“Especially when it comes to violence that is shunned by most religions and most cultures, you need validation from a group of people that would then become your reference group. So the group component is very important, particularly when it comes to antisocial activities that are forbidden or shunned.”

Kruglanski is one of many Western professionals who attempt — through science — to gloss over another very real distinction between people who become jihadists in the name of Islam and those who do not. The practice of substituting political correctness for scholarship, namely educating the public in the West about actual the contents of Islam, has become so prevalent that it is undermining our ability to recognize, let alone rectify, any problems.

There seems to be a tendency on occasion to put a finger in the Petrie dish to compel toward a desired result, rather than to follow the scientific evidence where it would lead. As Nathan Cofnas, a doctoral student of philosophy at the University of Oxford, wrote in the journal Foundations of Science, “Some prominent scientists and philosophers have stated openly that moral and political considerations should influence whether we accept or promulgate scientific theories… [M]isrepresenting findings in science to achieve desirable social goals will ultimately harm both science and society.”

Where radical Islamism is concerned, this practice of political correctness has proven deadly – literally and figuratively, as in the Muslim Brotherhood document, developed to help convince Muslims in America that

“their work in America is a kind of grand Jihad in eliminating and destroying the Western civilization from within and ‘sabotaging’ its miserable house by their hands … so that … God’s religion [Islam] is made victorious over all other religions.”

A scholar of Islam, Stephen Coughlin, has asked, “Why hasn’t … leadership/followers in the Republican Party and Democrat Party demanded the Senate and House hold hearings on the plan to destroy America?”

Out of fear of being labelled by their peers as “Islamophobic,” many of the people engaged in research on Islamic terrorism overlook or understate certain facts — such as the call on the part of jihadists to obliterate all that is not Islamic — such as:

“And kill them wherever you find them, and turn them out from where they have turned you out. And Al-Fitnah [disbelief or unrest] is worse than killing… but if they desist, then lo! Allah is forgiving and merciful. And fight them until there is no more Fitnah [disbelief and worshipping of others along with Allah] and worship is for Allah alone.” Quran (2:191-193)

Or the justification of evil through moral equivalence. This is done, in part, by equating the teachings of the Koran with the Bible, and by claiming that no culture is superior to, or more violent than, another.

Contrary to politically correct psychological assessments, there is abundant empirical evidence to suggest that Islamic teachings are central to the radicalization of Muslims. Highlighting terrorists’ situational factors and universal human tendencies merely obfuscates the problem and makes the solution even more elusive.

Many people who need structure prefer every activity proscribed for them. In addition, many people with sadistic wishes might be lured by being given permission to act on these wishes; and not only that, but they are told that these acts are, indeed, obligatory and good, and that the person acting on them is, in the view of many Islamic tenets, heroic.

Confronting and defeating global terrorism is noble and necessary. Scientific study of its roots, triggers, recruitment methods and geographical trends is a crucial tool in the endeavor. Unless such study is completely insulated from the deforming and devastating effects of political correctness, however, it will continue to do far more harm than good.

A.Z. Mohamed is a Muslim born and raised in the Middle East.