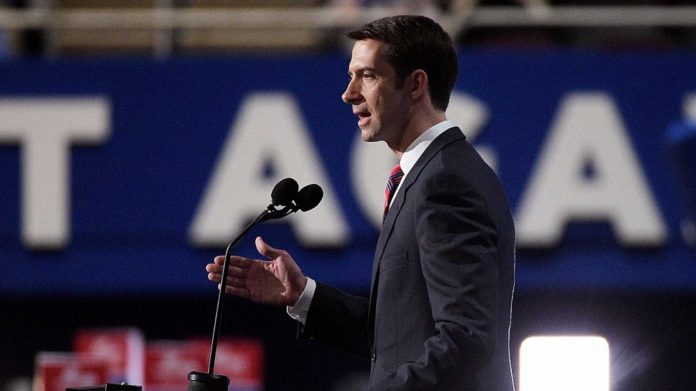 On Thursday, Sen. Tom Cotton (R-AR) offered his opinion on the Iranian protests:

Even after the billions in sanctions relief they secured through the nuclear deal, the ayatollahs still can’t provide for the basic needs of their own people—perhaps because they’ve funneled so much of that money into their campaign of regional aggression in Syria, Lebanon, Iraq, and Yemen. The protests in Mashhad show that a regime driven by such a hateful ideology cannot maintain broad popular support forever, and we should support the Iranian people who are willing to risk their lives to speak out against it. 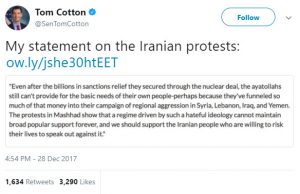 The Daily Wire previously reported on the current unrest in Iran:

Initially, the protests, comprised of adults mostly under 40, started over economic issues as Iran’s unemployment rate rose by 1.4 percent from last year to 12.4 percent overall, but quickly turned political as demonstrators reportedly called “for freedom of political prisoners and even an end to the clerical regime.”

The State Department also released a statement in support of the Iranian protesters, which can be read here.