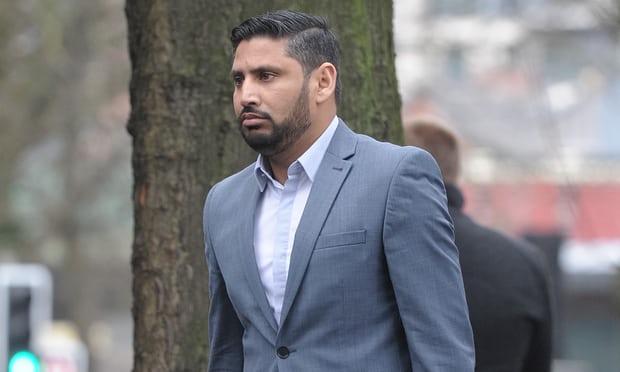 The attorney general has been urged to examine the sentencing remarks of a judge who freed a man guilty of domestic abuse because he did not believe the victim was vulnerable.

Mustafa Bashir, 34, was spared prison despite forcing his wife to drink bleach, throttling her in public, and striking her with his cricket bat.

He admitted assault occasioning actual bodily harm and was given an 18-month prison term, suspended for two years.

Mansell said in his sentencing remarks that he did not believe Fakhara Karim, 33, was vulnerable as she was “an intelligent woman with a network of friends” and a college degree.

The sentencing at Manchester crown court provoked outrage among campaigners, who said it showed a “shocking ignorance around the impact of domestic violence on women”.

Jess Phillips, the Labour MP for Birmingham Yardley, said she would raise the case with the attorney general and justice secretary. “The words of the judge, if they have been reported accurately, are frankly astonishing,” she said.

“The idea that a woman’s educational status or her friendships are being used to judge her vulnerability completely fails to understand the nature of domestic abuse.

“Domestic abuse can happen to anyone,” said Phillips. “It does not follow class, race, age or any social lines. It sends a terrible message to other women in that situation that convicted perpetrators will not face prison sentences. This cannot be ignored.”

There are also concerns the judge may have been misled after Bashir’s lawyer told the court his client would sign a contract with Leicestershire County Cricket Club if he was spared jail.

A spokesman for the club said it was “bemused” by the claim and said that any suggestion it had offered Bashir a contract was “completely false”. He added: “The club have never spoken to Mustafa Bashir or an agent, nor offered a contract to the player.”

Asked whether the CPS would apply for a review of the sentence in light of the new information from Leicestershire County Cricket Club, a spokesman said: “We are aware of recent developments relating to this case and are currently considering our options.”

The crown court has the power to alter a sentence within 56 days of the date it was made, under the 56-day “slip rule”. The usual reason for altering a sentence under section 155 of the Powers of Criminal Courts (Sentencing) Act 2000 is that further relevant information has become available, the court has overlooked some statutory provisions limiting its powers, or the sentence is found to take effect in an unexpected manner.

Bashir met Karim in their native Pakistan and married in 2013. The court heard that Bashir berated her for wearing western clothing, tried to turn her against her own family, would call her a “slag” when she went out with her female friends and repeatedly beat her.

The court was told that he once struck Karim over her back with his cricket bat because he felt she spent too long talking to a friend on the phone, saying: “If I hit you with this bat with my full power then you would be dead.”

On another occasion, Bashir, who plays in a local cricket league in Oldham, Greater Manchester, forced his wife to take tablets and drink bleach, and told her to kill herself during a row over him going on a cricket tour to the Netherlands.

Karim eventually went to the police and said: “I did fear for my life; he told me he was going to kill me.”

In a statement to court, she added: “Before I met Mustafa Bashir I was a confident, active and humorous person. I looked after myself and liked dressing up.

“It will take a long time to get back to how I was before. My education results got better after the split and I got a 2:1 and was able to qualify for my master’s. I still find it very difficult to trust people.”

Mansell said he was “not convinced she was a vulnerable person. Sometimes women who moved here from their country become trapped in a relationship where they lose their support network of family and friends, and cannot speak the language.

“This is not the case here. She is plainly an intelligent woman with a network of friends and did go on to graduate from university with a 2:1 and a master’s – although this has had an ongoing effect on her.”

He added that he was not convinced of the defendant’s remorse, and took his employment prospects into account when sentencing: “This court will not tolerate violence in a relationship of this nature. It is a very fine line between imprisonment and a suspended sentence.”

Bashir’s lawyer, Hugh McKee, had told the judge in mitigation: “He has continued to play professionally in a local cricket league but of some importance certainly to him is that if he is allowed to keep his liberty he will be employed by Leicestershire as a professional. He was about to sign the contract when he was arrested.”

The suspended sentence was condemned by campaign groups, who accused Mansell of “perpetuating damaging myths” about domestic violence only happening to “poor families on council estates”.

Polly Neate, chief executive of Women’s Aid, said: “The horrific assaults and controlling behaviour that Fakhara Karim endured are completely unacceptable; and a softer sentence on the basis that ‘she is not a vulnerable woman’ is shocking.

“It is a complete fallacy that only a certain type of woman can become a victim of domestic abuse. In fact, perpetrators target women of all ages from all sections of society.

“Abusers often isolate their partners from family and friends, undermine their confidence or take control of their money as a way of ensuring they can control them.

“This is why it is so important for judges to understand the nature of domestic abuse and the impact on victims. There should be zero tolerance of perpetrators and absolutely no excuses.”

“What a woman does for a job, her level of education or the number of friends she has makes no difference; for any woman, domestic violence is a devastating crime that has severe and long-lasting impacts.

“A domestic abuse perpetrator’s employment prospects should make no difference either. Men who abuse women do not make positive role models; it is concerning when men’s professional or celebrity status is used in court to defend them.

“People often think that it only happens in poor families on council estates, but the truth is that domestic violence affects women of all ages, classes and backgrounds. Rather than perpetuating damaging myths, the judiciary must be better trained to understand domestic violence.”

McKee had not responded to a request for comment at the time of publication.