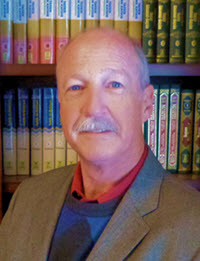 Everybody is busy with their families, work and other activities. Why would anyone want to spend precious time learning about Islam? Here are some reasons why.

According to the Pew Research Center, in the latter half of this century, Muslims will likely surpass Christians as the world’s largest religious group.

The Pew Research Center folks reported that by the year 2050 Islam is projected to surpass Judaism and become the second largest religion in the United States. Here are the numbers:

Although the actual numbers are small, as we get closer there will be plenty of attention given to the fact that Islam is becoming the second largest religion in the US, and that of the three major religions in the United States, Islam is the only one that is growing.

And there is something else to keep in mind. Here is the report about the oft-cited presentation in 1998 by Omar Ahmad, then-Chairman of the Council on American Islamic Relations (CAIR). The presentation took place in Northern California at an Islamic Study School session titled “How Should We as Muslims Live in America?” According to the newspaper article about this session, Ahmad urged Muslims…not to separate or assimilate to American society…Islam isn’t in America to be equal to any other faith, but to become dominant, he said. The Koran, the Muslim book of scripture, should be the highest authority in America, and Islam the only accepted religion on Earth, he said.

The numbers show us that Islam could have an increasing influence on our lives. So how do we get started learning about Islam?

Quick Reads: At my website I have a page with 21 brochures, each one looking at a specific aspect of Islam. Each brochure can be downloaded/printed out and read in about 10 minutes. They are a quick way to get a basic understanding of Islam.

Muhammad: Muslims believe that Muhammad spoke for Allah (4:80), he is the timeless, perfect example for Muslims (33:21) and he must be obeyed (59:7). So learn about Muhammad. A good place to start is by reading The Sealed Nectar, a modern biography of Muhammad that was awarded first prize in an international competition put on by the Muslim World League, located in Saudi Arabia.