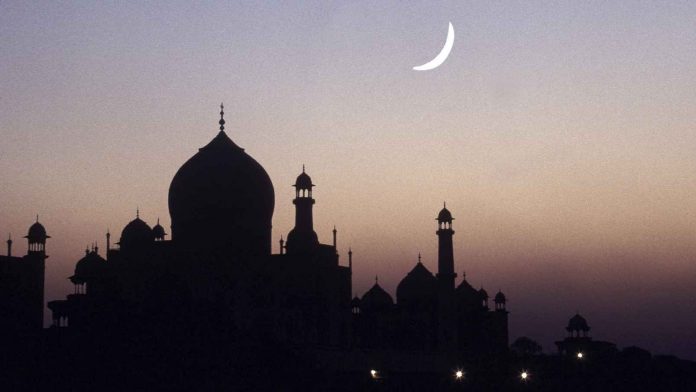 Because Islam gets criticized for many things — from hostility to modernity and democracy to calls for theocratic rule, radical “patriarchy,” misogyny, and draconian punishments, to name a few — it is helpful to step back and distinguish between those (many) doctrines that affect Muslim society alone, and those that extend to and affect Western or non-Muslim peoples in general.  On doing this, three interrelated doctrines come into sharp focus.    They are: 1) total disavowal from, and enmity for, “the infidel,” that is, constant spiritual or metaphysical hostility against the non-Muslim (in Arabic known as al-wala’ w’al bara, or “loyalty and enmity”); this naturally manifests itself as 2) jihad, that is, physicalhostility against and—whenever and wherever possible—attempts to subjugate the non-Muslim); finally, successful jihads lead to 3) dhimmitude, the degrading position of conquered non-Muslims who refuse to forfeit their religious freedom by converting to the victor’s creed.

There is no doubt that mainstream Islam advocates the separation of Muslims from non-Muslims, believers from infidels, clean from unclean.  Koran 5:51 warns Muslims against “taking the Jews and Christians as friends and allies … whoever among you takes them for friends and allies, he is surely one of them,” that is, he too becomes an infidel, or kafir, the worst human classification in Islam.  Koran 3:28, 4:89, 4:144, 5:54, 6:40, 9:23 all have the same message; 58:22 simply states that true Muslims do not befriend non-Muslims—“even if they be their fathers, sons, brothers, or kin.”   But Koran verses further call on Muslims to have enmity—hate—for non-Muslims: “We [Muslims] renounce you [non-Muslims]. Enmity and hate shall forever reign between us—till you believe in Allah alone” (Koran 60:4).  As the Islamic State explained in an unambiguously titled article, “Why We Hate You & Why We Fight You,”  “We hate you, first and foremost, because you are disbelievers.”

The flipside of al-wala’ w’al bara is that Muslims are commanded to befriend and aid fellow Muslims—including jihadis, for example through funds (or zakat). As one Muslim authority summarizes, the believer “is obligated to befriend a believer—even if he is oppressive and violent toward you—while he must be hostile to the infidel—even if he is liberal and kind to you” (The Al Qaeda Reader, p. 64 ).  This loyalty to fellow Muslims and enmity for non-Muslims is fundamentally responsible for the metaphysical or “spiritual” clash between Islam and the West.  Add to enmity the fact that Muslims are permitted to lie to non-Muslims—including by feigning loyalty or friendship—and it becomes apparent how dangerous the doctrine of “loyalty and enmity” is: among other things, disloyalty to infidels (see here, here, and herefor examples), and a “mafia mentality,” whereby all Muslims must overtly or covertly work together, suggests that hostility for non-Muslims, even when unseen, is ever present.

Jihad—war on non-Muslims for no less a reason than that they are non-Muslims—is the physical manifestation or realization of enmity for “infidels.”  Not only is it natural to attack and seek to subjugate those whom one is bred on hating, but the doctrine of jihad, including to spread and enforce Sharia around the world, is part and parcel of Islam; it is no less codified than Islam’s Five Pillars. As the Encyclopaedia of Islam’s entry for “jihad” puts it, the “spread of Islam by arms is a religious duty upon Muslims in general … Jihad must continue to be done until the whole world is under the rule of Islam … Islam must completely be made over before the doctrine of jihad can be eliminated.”

One can continue quoting any number of authorities, especially Muslims, saying that jihad to subjugate the world is an ironclad aspect of Islam.  Even the late Osama bin Laden—who would have had the West believe that al-Qaeda’s terror is a byproduct of political grievances—when speaking in Arabic to Muslims made it perfectly clear that the doctrine of jihad is the root problem: “Our talks with the infidel West and our conflict with them ultimately revolve around one issue… Does Islam, or does it not, force people by the power of the sword to submit to its authority corporeally if not spiritually? Yes. There are only three choices in Islam… Either submit, or live under the suzerainty of Islam, or die.”

But as infidels are to be hated per se and not merely in the context of jihad—the ability of which to prosecute is often curtailed by circumstances—the hostility continues even after the cessation of successful jihads.  Unlike other conquerors and conquests that generally permit the conquered to go on unmolested so long as they do not challenge the new order—some even try to appease and win over their new subjects—whenever and wherever Islam conquers, that old metaphysical hostility which fueled the jihad remains to gloat in triumph over the subject infidels.  Thus, not only must the latter pay a special tax (jizya), embrace a subordinate positon, and follow a number of debilitations—they must also be reminded and made to feel inferior and despised, including as a way to “inspire” them to convert to the “true” faith.

As the Islamic State explained in the aforementioned article, regardless of any and all appeasement offered by the non-Muslim, “we would continue to hate you because our primary reason for hating you will not cease to exist until you embrace Islam. Even if you were to pay jizyah and live under the authority of Islam in humiliation, we would continue to hate you.”  Either way, Islam wins:   If the non-Muslim continues in his faith, the Muslims continue to prey off him; if, on the other hand, the non-Muslim eventually “surrenders” to Islam, the umma gains a new recruit (with death as the penalty should he later entertain second thoughts and apostatize).

These three interrelated teachings of Islam—loyalty and enmity, jihad, and dhimmitude—are unequivocally grounded in Islamic law, or Sharia.  They are not matters open to interpretation or debate.  By eliminating or lessening the focus from all those other “problematic” teachings that affect Muslims only but which tend to be conflated with those (three) teachings that directly affect the non-Muslim—one can better appreciate, and thus place the spotlight on, the true roots of conflict between Islam and the West.