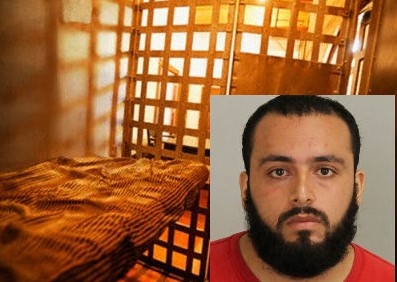 Fool me once, shame on you, fool me twice, shame on me. That saying may best describe the Federal Bureau of Prisons administrators who operate the New York City’s Metropolitan Correctional Center (MCC). How foolish were they? Well, they gave the inmates there the blueprints to make a bomb. And if that wasn’t stupid enough, they also gave them radical Islamic literature by noted terrorists Osama bin Laden and Anwar al-Awlaki. These were no ordinary inmates who had all this material while in custody. One was an ISIS sympathizer, one was an al-Shabaab member, and another was convicted of attacking U.S. military personnel in Afghanistan.

How did this fiasco occur you ask, as if this storyline couldn’t get any worse? The materials were distributed by convicted terrorist Ahmad Khan Rahimi, better known as the Chelsea Bomber. Rahimi was in MCC awaiting sentencing in January after he was convicted of setting off two improvised explosive devices in 2016, one in New York and one in New Jersey. A third device set by Rahimi failed to detonate. The bomb that exploded in the Chelsea neighborhood in New York City injured more than a dozen people. Luckily, no one was killed.

This egregious breach in prison security protocol was outlined last week in a letter from Acting U.S. Attorney Joon H. Kim, Southern District of New York, to U.S. District Judge Richard Berman. Among the security breaches Kim informed the court of was that Rahimi was “attempting to radicalize fellow inmates.” Investigators found the radical literature on Rahimi’s electronic devices. He received copies back during the discovery process.

It is no surprise to learn that terrorists radicalize other inmates.

Numerous reports during the last decade identified cases of people radicalized in prison both in the United States and abroad. Several government reports have also identified specific factors that contribute to radicalization in prison. Among them were convicted terrorists who have gained notoriety by their crimes and exerted influence on other inmates. Another factor in the radicalization process was inmate access to extremist literature by radical Islamists. Several years ago, the Investigative Project on Terrorism discovered that tapes of Anwar al-Awlaki’s sermons were available in the Bureau of Prisons’ inmate library. In 2011, I testified before the House Committee for Homeland Security on the subject of Islamic radicalization in the U.S. prison system. I told the committee then that I would not be surprised if a copy of al Qaida’s Inspiremagazine was found in prison. Several copies of Inspire were among the jihadist literature found in the Metropolitan Correctional Center inmates’ cells, Kim’s letter said.

So what caused this breakdown in security procedures now?

It’s not like MCC has never had to deal with incarcerated terrorists before. Over the last 25 years it has held numerous high profile terrorists within its cavernous walls in lower Manhattan, including the 1993 World Trade Center bombers.

Nor is it the first time terrorists have been able to obtain contraband items there. In November 2000, al-Qaida members Mamdouh Salim and Khalfan Khamis Mohamed were held in MCC for the bombing of the United States embassy in Tanzania. They attempted to escape by stabbing prison guard Louis Pepe with a sharpened comb they had hidden in their cell in order to gain possession of the officer’s cell block keys and escape. In the ensuing struggle, Pepe was stabbed in the eye and suffered a traumatic career ending disability.

Prisons are dangerous places and the people who work in them realize the risks every time they go to work. Housing terrorists in the same prisons as ordinary criminals exponentially increases the security threat both outside the prison and within. Authorities shouldn’t heighten the risk by becoming lax in security measures. Consistent vigilance is a prerequisite to operating a secure prison.

Someone in MCC should have reviewed the material prior to giving it to inmate Rahimi. Yes, inmates are allowed access to legal papers. But those papers containing material that would jeopardize the security of the facility (bomb making instructions) they are held in a secure location outside the general population.

Defendants in child pornography cases cannot bring such images into their cells.

In terrorism prosecutions like Rahimi’s, a failure to examine his belongings allowed him to distribute the material to the other inmates in the jail mosque during Jummah services. Where was the Muslim chaplain while this was happening, or the security personnel assigned to cover the services? Bringing a Quran into the prison mosque is acceptable. Bringing a copy of Inspire magazine or writings by Anwar al-Alwlaki is not.

Someone has to be held accountable. If not, the likelihood of being fooled again just went up.

Esper: Pentagon is looking for more ways to prevent base access to ‘foreign-inspired terrorists’