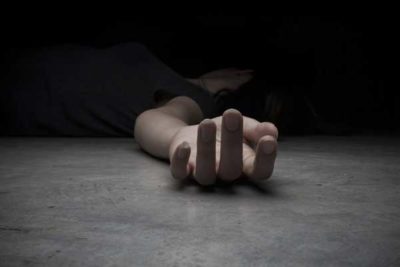 Honor killing and violence is in accordance with Islamic mores and tradition, which is why we see an increase in honor killings in the West: it’s a result of Muslim immigration.

A recent survey showed that 91 percent of honor killings worldwide are committed by Muslims, and 84 percent of honor killings in the United States were done by Muslims. This is no surprise. A manual of Islamic law approved by Al-Azhar, the most respected authority in Sunni Islam, stipulates that “retaliation is obligatory…against anyone who kills a human being purely intentionally and without right.” However, “not subject to retaliation” is “a father or mother (or their fathers or mothers) for killing their offspring, or offspring’s offspring.” In other words, Islamic law sets no penalty for a parent who kills his child. Also, the legal codes of Jordan, Syria, and other Muslim countries have substantially reduced penalties for honor murders as compared to other murders, and Islamic clerics have resisted efforts to stiffen penalties for honor killings. (source)

GIRL, FIANCE GUNNED DOWN FOR SPEAKING BEFORE MARRIAGE IN PAKISTAN

THE GIRL, IDENTIFIED AS NAZEERAN, WAS SPEAKING WITH HER HUSBAND-TO-BE SHAHID IN NAYI WAHI VILLAGE IN THE SUBURBS OF GHOTKI TOWN WHEN HER UNCLE SPOTTED THEM.THE UNCLE OPENED FIRE ON THEM OUT OF ANGER.

Karachi:  A girl and her fiance were gunned down, allegedly by the girl’s maternal uncle after spotting them chatting in Pakistan’s Sindh province, in the latest case of honour killing, a media report said.

The girl, identified as Nazeeran, was speaking with her husband-to-be Shahid in Nayi Wahi village in the suburbs of Ghotki town when her uncle spotted them.

The uncle opened fire on them out of anger, Express News reported.

According to police, the victims were each other’s cousins and the incident was a case of ‘honour killing’.

Two suspects, both of whom happen to be the girl’s uncles, have been arrested so far.

Honour killings are pandemic in Pakistan, and women are its predominant victims.

An angry Pakistani youth allegedly shot dead his sister and her husband in Rawalpindi last month for marrying without the family’s consent.

In November, a newly-wed couple in Sindh province who married without the consent of their elders were killed allegedly on the orders of a jirga (village elders).Comments

More Pakistani women are murdered at the hands of close family members for supposed immoral behaviour than Pakistani civilians are killed by terrorism, the report said.

The Human Rights Commission of Pakistan (HRCP) has reported an average of 650 honour killings annually over the past decade. But since most go unreported, the real number is likely to be much higher, the report said.