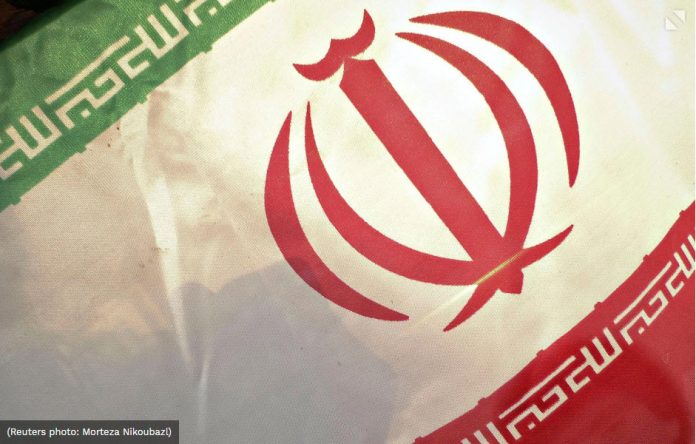 It endangers global security and bolsters a brutal theocratic regime.

President Trump will make some important decisions this month that could not only end the controversial 2015 nuclear agreement with Iran but also convey America’s support for Iranian protesters and hasten the overthrow of Iran’s ruling mullahs. By January 12, Mr. Trump must decide whether to renew a waiver of sanctions lifted by the Iran deal—i.e., the Joint Comprehensive Plan of Action, or JCPOA. The law requires him to make such a determination every 120 days. By January 15, the president must decide whether he will continue to “decertify” to Congress Iran’s compliance with the agreement.

When President Trump decertified the JCPOA to Congress in October, it looked like he was on track to withdraw from the deal if Congress did not use a 60-day window to pass legislation to toughen or “fix” it. However, even though Congress failed to act, Trump is now being pressured to extend the agreement, as its supporters claim that any action he might take to kill it would play into the hands of Iran’s ruling mullahs.

This approach is wrong. It would sustain a fraudulent agreement that has endangered global security and bolstered a brutal theocratic regime.

None of President Obama’s promises about the JCPOA — that it would keep Iran one year away from a nuclear weapon, improve U.S.–Iran relations, and bring Iran into the community of nations — have been borne out. Instead, the deal has emboldened Iran’s ruling mullahs to continue the nation’s international isolation, as Tehran spends billions of dollars on expensive belligerent activities, money that was made available to it through sanctions relief and that it could have spent to shore up the civilian economy.

There are many reports that the agreement did not appreciably slow Iran’s pursuit of nuclear weapons. Iran continues to make progress toward making nuclear-weapons fuel, as it is allowed under the deal to enrich uranium with over 5,000 centrifuges and to develop advanced centrifuges. The head of the Iranian Atomic Energy Organization said in August 2017 that Iran would be able to resume production of 20 percent enriched uranium, which can be quickly converted to weapons-grade uranium — within five days if the JCPOA is revoked.

There are credible reports, including several from German intelligence agencies, that Iran is cheating on the agreement. Senators Ted Cruz (R., Texas), Tom Cotton (R., Ark.), Marco Rubio (R., Fla.), and Tom Perdue (R., Ga.) raised concerns about Iranian noncompliance and cheating in a July 2017 letter to Secretary of State Rex Tillerson. I also note that Tzvi Kahn, an analyst for Foundation for the Defense of Democracies, penned a brilliant op-ed for The Hill last October, debunking claims by JCPOA defenders that the IAEA has fully certified Iran’s compliance with the agreement.

The Iranian people were supposed to benefit from the Iran deal’s sanctions relief, but this didn’t happen. Instead, Iran’s ruling mullahs wasted billions of dollars in sanctions relief on the military and meddling in regional disputes. Iran’s 2016–17 military budget reportedly increased by 90 percent. In April 2017, Rouhani claimed that it had grown by 145 percent.

A week before the JCPOA was announced in July 2015, Iran offered the Syrian government a $1 billion line of credit. In September 2015, Iran sent troops to Syria. The Houthi rebels in Yemen are backed by the Iranian government and have attacked Saudi Arabia with missiles provided by Iran. In addition, some experts believe that Iran has used JCPOA sanction relief to help fund North Korea’s rapidly advancing nuclear-weapon and missile programs.

The Iranian government’s squandering of billions of dollars, made available through sanctions relief, on its military harmed the country’s poor economy and led to the recent protests after a rise in prices of eggs and poultry. Food prices are a sensitive issue in Iran. The price of many basic foods increased by as much as 40 percent over the past year. The nation also suffers high inflation, about 10 percent in 2016. Youth unemployment is at about 40 percent. There are reports that some Iranians are selling their organs to raise cash.

But the country’s troubled economy was not the only reason for the recent protests. They have been driven also by a large youth population (60 percent of Iranians are under 30) who are linked to the rest of the world through smartphones and yearn for the freedom and culture of the West. They resent their country’s corrupt and repressive theocracy. The protests have included the burning of Shiite seminaries and chants of “Death to Khameni” (Iran’s supreme leader) and “Death to the dictator.” Some protesters have said they are ready to die for regime change.

Unfortunately, it appears that the mullahs will succeed in quelling the protests. But they are part of what Iran expert Michael Ledeen has long predicted: an irreversible movement toward the day when the Iranian people topple a regime they despise.

President Trump took exactly the right approach in his vocal support of the Iranian protesters. The Trump administration deserves credit for its efforts to pressure European leaders at the U.N. to speak out in support of the protesters and against the Iranian government’s crackdown.

President Trump should persist in his moral clarity on Iran’s brutal and corrupt regime and on how the Obama administration enabled it. He should withdraw from the deal, re-impose all sanctions lifted by it, and impose new sanctions, targeting Iran’s missile program, sponsorship of terrorism, and human-rights violations.

Trump critics and JCPOA supporters urging the president to stick with the nuclear agreement argue that killing it would play into the hands of the Iranian mullahs, who would blame Iran’s economic hardship on new U.S. sanctions. In truth, many are making this argument because they remain committed to President Obama’s “blame America” foreign policy, according to which Iran was treated as a victim of previous U.S. administrations and not as a state sponsor of terror.

As for the “fake” Republican JCPOA opponents, President Trump should ignore them when he makes his decision on the fate of the nuclear deal this month. This influential group, which includes a handful of conservative officials and experts and a few Republican House members as well as Senator Bob Corker, national-security adviser H. R. McMaster, and Tillerson, claim to be fervent opponents of the JCPOA but insist that the president not tear up the deal and instead try to fix it by improving its verification provisions and duration and by addressing Iran’s missile program. Some of them hold the preposterous position that new sanctions could force Iran to return to the negotiating table to discuss amendments of the nuclear deal.

These people are not actually opponents of the JCPOA; they are opponents of the agreement in its current form. This is the same group that last summer fought to prevent President Trump from decertifying the nuclear deal because they did not want to irritate European leaders and the U.S. foreign-policy establishment. Their fixes to the JCPOA are a ploy to prevent President Trump from tearing up the agreement. They have zero chance of being accepted by Iran, European states, China, or Russia. Despite recent claims by Secretary Tillerson that he is in negotiations with Congress to fix the nuclear deal, legislation to do this is unlikely to pass, because of bipartisan opposition.

Instead of following bad advice by JCPOA supporters and fake opponents, President Trump should listen to one of his strongest supporters, Ambassador John Bolton, who has argued persuasively that the Iran deal is dangerous and unfixable and that the United States should withdraw from it immediately. Bolton proposes that the U.S. do this through a clean withdrawal from the agreement, together with its allies, including Israel. He addresses the full range of threats posed by Iran.

In September, 45 national-security experts sent the president a letter urging him to implement the Bolton plan. I strongly urge President Trump to implement the plan quickly and to kill a fraudulent nuclear agreement that has severely harmed global security and the people of Iran.