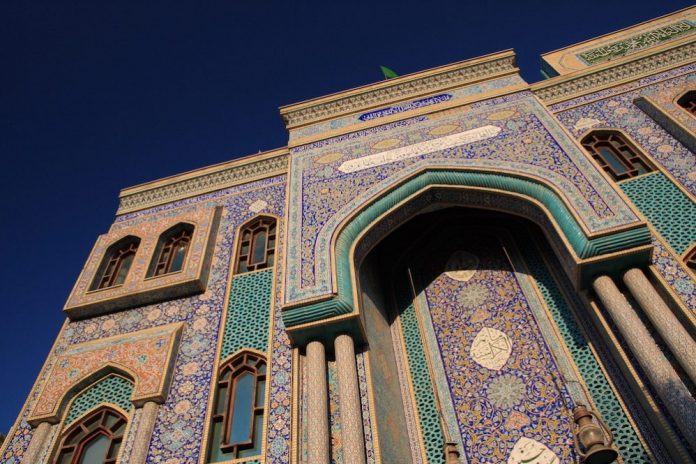 People are increasingly worried that as America’s Muslim population grows, so will the Left’s restrictions on what can and can’t be said about Islam.

In the wake of an increasing number of terrorist attacks in the West, many have worried what effect Muslim migrants and refugees—especially those from Syria—might have on America. Trump’s campaign promised a ban on Muslims and “extreme vetting” of immigrants in response to these concerns. And last week in The Weekly Standard, Reuel Marc Gerecht made an effort to reassure us that there is little to fear from Muslim immigration.

But Gerecht offered little evidence to support his claim that America is well suited “to absorb” Muslim immigrants. He ignored the threats of Islamism, and failed to see what Americans are mostly worried about. Terrorism isn’t the primary problem with mass Muslim immigration—political correctness is. Americans don’t fear being blown up; they fear being shut down.

Americans Are Tired of Being Told What To Say and Think

Gerecht writes that in light of Trump’s “Muslim-suspicious histrionics,” conservatives who have concerns about Muslim immigration “look like troglodytes.” While he’s right that Trump’s over-the-top comments make any discussion of Muslim immigration more difficult, Gerecht doesn’t bother to contradict this implicitly racist image of conservatives.

He therefore misses something essential in the American people’s wariness about Muslim immigration—something that has less to do with bigotry, racism, or ignorance, and more to do with our heavy-handed politically correct culture.

Trump’s win, especially among the white working class, demonstrated that many Americans are sick of the Left telling them what they are or are not allowed to say and think. Pressure from the media, academia, and Twitter-sphere to march in lockstep with progressive dogma has reached a fever pitch. Many Americans have had enough.

The Left doesn’t just want us to tolerate one another, they want approval. This is exactly what they’ve done with the transgender debate: it’s not enough for people to co-exist with America’s small transgender community, accommodating trans men and women on an individual basis. We must actively accept transgenderism by allowing bathroom assignations that many find wrong, dangerous, or unnecessary.

Because Muslims have become, like the trans community, a favorite constituency of the Left, Americans understandably have a similar concern when it comes to Muslim immigration. People are increasingly worried that as America’s Muslim population rises, so too will the Left’s restrictions on what can and can’t be said about Islam. Americans don’t want to be told that something unacceptable for non-Muslims is okay for Muslims, because it’s “part of their culture.” You can’t even mention Islam after a Muslim launches a terrorist attack without being called Islamaphobic.

What’s worse, our intelligence community has been discouraged from using Islamic terms like jihad, sharia, etc. in their training materials for fear of offending the Muslim-American community. It’s no wonder there’s uneasiness with increasing Muslim immigration. People aren’t so much afraid of terrorism; they are afraid that if terrorism occurs, nothing will be done about it—and those who dare to say something about it will be shunned, or worse.

Americans need to be reassured that when attacks occur, we will have a national discussion about the prevalence of Islamism in America, the problems of Saudi funding of mosques, and the need to purge the U.S. of Muslim Brotherhood organizations. But these perfectly valid topics are increasingly off-limits.

We Shouldn’t Overlook the Quiet Dangers of Islamist Groups

But Gerecht ignores these things. He writes as though the only threat from Muslim immigrants is violent jihad. He dismissed the dangers of Islamism. Recall that Islamism is an anti-Western political and religious ideology that seeks to enforce a strict interpretation of Islamic law through the state.

When it comes to Saudi-funded Mosques, he acknowledges that this is “never good,” but that at least it’s not as bad as in Europe. That’s all he had to say about that.

Like so many others, Gerecht thinks that if a Muslim group is not launching attacks themselves, they don’t represent a threat. This discounts one of the missions of Islamism, which is to change the West from within—without violence. His comments on the Muslim Brotherhood, an organization with deep Islamist roots and strong ties to Hamas, are especially shocking:

“Much of the American right appears to believe that the Brotherhood remains evil incarnate, hence the widespread approval among Republicans of Egyptian general Abdel Fattah el-Sissi’s coup against the democratically elected Muslim Brotherhood president and parliament. If the Brotherhood were so instrumental in the generation of contemporary jihadism—and there is no denying the organization’s historical role in making Islamism, with all its anti-Western, anti-Jewish, and anti-Christian bigotry, mainstream—why haven’t members of the Brotherhood been in the frontline of taking the war to the West?”

This is a complete misread of the Muslim Brotherhood. It mistakenly pretends that jihad is the only danger there is to American society. And while the Brotherhood may speak out against violence publicly, this is strategic—what Muslims have for centuries called “taqiyya,” which means dissimulation by silence or omission.

Radical Muslims are playing a long game. They know that in America, for instance, you attract more flies with honey. Openly defending violence will get them nowhere when it comes to infiltrating and changing our society from within.

Additionally, Gerecht disregards the numerous Muslim Brotherhood-related organizations in the U.S. that have raised money on behalf of Hamas, a decidedly violent group. Even though he admits that the Brotherhood “may be vile, and are always illiberal,” he still maintains that they are “a conservative force trying to construct democratically more religious countries.” According to him, “that’s the polar opposite of the jihadism that has drawn Westernized Muslims to wage war against the Occident.”

But many of these “warriors” attended mosques that are heavily influenced (and funded) by Brotherhood doctrine and the writings of Brotherhood leader Sayyid Qutb. Overlooking this connection seems either naïve or intentional.

America Should Embrace Muslims—But Not This Way

The title of Gerecht’s article implies he’s going to praise American principles of equality and democracy as reasons why “our civilization can transform [Muslims].” But in reality, he gives very few explanations for why we should be hopeful about Muslim immigration to America. Those he does give are remarkably thin, like the brief anecdote about his son’s Muslim nanny marrying a Republican, or the fact that Europe is probably going to be okay (despite the uptick in attacks in the last year) and so we are, too. That’s unfortunate, because there are legitimate reasons to think Muslims could and should be woven into the fabric of our country, but Gerecht doesn’t discuss them.

The truth is, America tends to attract a self-selecting group of Muslims from around the world, who want to live in the West and accommodate their religious practices to the tenets of a free democracy. Gerecht is right that we aren’t doing what’s necessary to make Muslims in America “a key to a victory over jihadism”—but not in the way he thinks. In fact, he has perfectly demonstrated what we’re doing wrong.

We need to address the problems, not just of violent jihad, but of Islamism in America—something he fails to do. This includes mosques that are funded by the Saudis, who have worked for decades with the Muslim Brotherhood to influence the American-Muslim community. Rather than legitimizing Islamist groups like Center for American-Islamic Relations by letting them speak for the American-Muslim community and advise our government officials, we should shun them. This would allow room for other, more moderate groups to step forward.

We also need to stop condemning individuals who question the relationship between Islamism and violence, or express uneasiness about Muslim beliefs that contradict American principles of equality and free speech.

Last week, we saw what happens when you spend years telling a large swath of the country that they’re wrong-headed and bigoted at every turn. If we want Americans to accept Muslim immigration as part of the American project, we need to assure them that Muslims will be treated just like everyone else. That means no one in America gets a free pass, and political correctness won’t trump Americans’ right to voice their concerns, however unfounded Gerecht believes them to be.

Megan G. Oprea is the managing editor of the Texas National Security Review. She is a senior contributor to The Federalist and editor of the foreign policy newsletter INBOUND. She holds a PhD in French linguistics from the University of Texas at Austin. You can follow her on Twitter here.