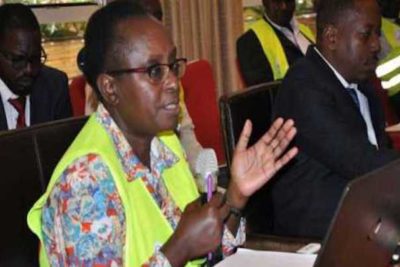 According to the doctor, “banning the practice is tantamount to embracing Western culture and disregarding local practices as inferior.”

Yes, it is a blow against moral relativism and Islamic supremacism. Outlawing FGM is saying that something sanctioned by Islam is wrong, and that’s why people such as this doctor fight to defend it. The enemedia always goes out of its way to cover for and scrub Islam from any connection with this misogynistic Islamic practice, but it is only Islam that gives it approval and makes it continue to be widespread. Female genital mutilation (FGM) or clitoridectomy is an Islamic tradition, rampant in the Muslim world. Dissemblers and deceivers claim that FGM is cultural phenomenon, not religious. FGM is an Islamic cultural phenomenon. FGM is found only within and adjacent to Muslim communities (source: Gerry Mackie, “Ending Footbinding and Infibulation: A Convention Account”, American Sociological Review.)

FGM involves partial or total removal of the clitoris causing injury to the female genital organs for non-medical reasons. It has no health benefits for girls and women, and removes all possibility of sexual pleasure. It is the worst kind of misogyny. Procedures can cause severe bleeding and problems urinating, and later cysts, infections, as well as complications in childbirth and increased risk of newborn deaths. No doctor should be sanctioning this savagery.

The High Court in Machakos will next week determine whether a case filed by doctor Tatu Kamau, who wants female circumcision legalised, will proceed or not.

Dr Kamau, who has been practising medicine for 26 years, wants the court to declare as unconstitutional an Act that outlawed Female Genital Mutilation.

Kamau argues that stopping women from undergoing the cut yet men are allowed to get circumcised is discriminatory. According to her, banning the practice is tantamount to embracing Western culture and disregarding local practices as inferior.

She wants the court to declare as unconstitutional the Prohibition of Female Genital Mutilation Act, which was enacted in 2011. Further, she wants a declaration that the board formed to fight the practice is improperly constituted.

“Your petitioner avers that the dignity of traditional practitioners of female circumcision is disregarded. “Every citizen has a right to equality and freedom from discrimination but the said Act shows open intolerance to women who wish to undergo female circumcision even for the purpose of upholding their culture. They are treated unequally to the men who undergo similar surgical procedure,” she argues.

The doctor’s view is that women can equally undergo the adulthood initiation process safely if the females get proper training, just as the traditional male counterparts. “The Act has created distress within some communities by overly favouring the cultural practices of one gender against the cultural practices of the other gender in contravention of the constitutional fundamental right of gender equality,” she adds.

Parliament passed Female Genital Mutilation Act in 2011 and it spelt a punishment of between three years and life imprisonment for those caught conducting FGM and those who cause death of an initiate. It also prescribes a fine of Sh200,000 as an alternative punishment. In total, the Act creates nine offences which also make it punishable for a person who ridicules a woman who has not undergone a cut or abusing a man who marries or supports such a woman. The punishment for the offender is three years in jail or Sh200,000 fine.

However, the practice has refused to die. Last year, the Government recorded that around 21 per cent of women admitted having undergone the cut. According to the country policy and information note on FGM, released in July last year, the highest number of those who underwent the cut were aged between 12 and 18, but others were below the age of 10.

Prevalence of the outlawed practice varies across ethnic groups, but is highest among the Somali, Samburu, Kisii and Maasai communities. The report showed girls in towns and cities are less likely to be subjected to FGM compared to those living in rural areas.

Some girls and their families face discrimination amounting to persecution or serious harm because of their resistance to the procedure. According to the report, at least 28 per cent of those interviewed, 20-24 were circumcised at age 5-9 and 17 per cent circumcised aged 45-49. In terms of regions, Western Kenya has 1 per cent women whereas North Eastern region had 98 per cent.

Comparing the rural and urban areas, an average 31 per cent of women in rural areas were reported to have undergone the cut, compared to 17 per cent in urban areas. Somali has the highest percentage of circumcised women (94), Samburu (86) Kisii (84) and Maasai (78). Only 2 per cent in the Luo, Luhya, Turkana, and Mijikenda or Swahili ethnic groups are circumcised.

At the same time, Rift Valley had 27 per cent and Eastern region had 26. Back to the case, Kamau argues that every person has a right to choose what they want to do. She says the anti-FGM Act is against the Constitution for limiting women’s right to decide what should happen to their bodies….