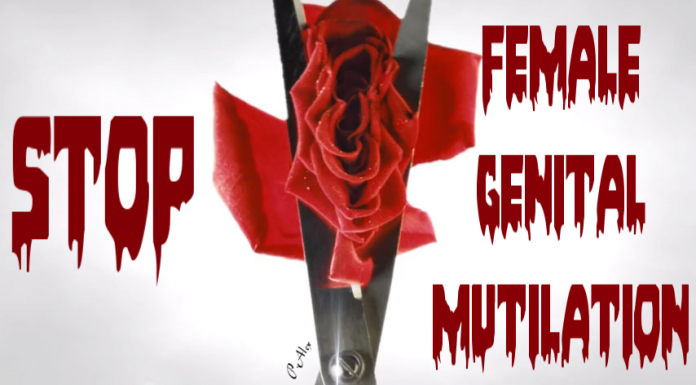 A case being closely watched by Muslim-rights activists around the Western world has not gotten off to a good start for the Trump administration.

A federal judge has dismissed the most severe charge in the U.S. Justice Department’s first-ever prosecution of a case of female genital mutilation, which involves two Detroit-area doctors who allegedly victimized girls brought in from Minnesota by their parents.

Count six in the case charged Dr. Jumana Nagarwala and another male doctor with criminal sexual activity. That charge carried a penalty of up to life in prison but has now been dropped, leaving only the less-severe charges of violating a federal statute against FGM.

The ruling, released late Sunday night by U.S. District Court Judge Bernard Friedman, granted a defense motion to dismiss the most serious charge. To have the sexual-assault charges dropped is seen as a major blow to Attorney General Jeff Sessions and the prosecutors who waded into territory no other attorney general had been willing to go. Congress passed a law banning female genital mutilation in 1996 but the feds had not prosecuted a single case until the Trump administration took office, even though the grisly practice is widely observed among some U.S. Muslim immigrant communities such as the Somalis and Sudanese.

A case for the ages

The case is being watched closely around the world to see how the world’s biggest Western democracy responds to female genital mutilation, a practice that is common in Third World cultures throughout Africa and parts of the Middle East but only beginning to show up in Western societies due to mass migration.

The two doctors charged in Detroit are part of the Dawoodi Bohra, a Shia Muslim sect based in western India who practice female genital mutilation as a religious ritual.

Dr. Nagarwala, one of the two Detroit-area doctors charged with mutilating the genitals of young girls in violation of federal law, walked out of jail in late November after her lawyer was able to arrange the largest unsecured-bond in the jurisdiction’s history.

Nagarwala, 44, posted a $4.5 million unsecured bond after some 15 friends and family members put their homes and other assets on the line. If she flees, they lose their property.

Most of those who pledged their assets are believed to be fellow members of the Dawoodi Bohra, a sect within the Ishmaelite community of Shia Muslims.

There are 22 Dawoodi Bohra mosques across the United States [see list below].

Nagarwala was arrested after prosecutors say two 7-year-old girls from Minnesota were cut at Nagarwala’s clinic in Livonia, a suburb of Detroit, in February 2017. She was arrested in April.

In ruling to dismiss the count, Judge Friedman wrote:

“To prove their guilt on this charge, the government must show that defendants transported a minor ‘with intent that (the minor) engage in … any sexual activity for which any person can be charged with a criminal offense. … The facts alleged in the indictment do not support this charge because, as a matter of law, FGM, while a prohibited criminal act, is not “criminal sexual activity.”

The government argued that while the law does not define sexual activity, the charge should stand “because the cutting and penetration alleged in the indictment constitute violations of Michigan’s criminal sexual conduct statute.”

“We respect the opinion of the court and are reviewing our options for a potential appeal,” U.S. Attorney’s Office spokeswoman Gina Balaya told the Detroit News. “Moreover, we stand ready to proceed with the remaining charges against the defendants.”

Nagarwala and Attar face up to 20 years if convicted of the remaining charges.

“We are perplexed by the Court’s mind-numbing analysis,” said Elizabeth Yore, a lawyer and international children’s advocate who started the #EndFGMToday movement. “The victims in this case did not have their ears, nose or face mutilated, rather the defendants intentionally mutilated the genitals, the sexual organs of little girls, by penetrating them.”

“The Court found that although FGM was a criminal act, it was not ‘criminal sexual activity.’ Because the transportation statute did not specifically define sexual activity, the court found that this statutory omission voided the charge. We do not agree with the Court’s legalistic jujitsu, which, as a result, leaves young victims who are transported across state lines at great peril to this barbaric procedure. We agree with the government’s argument that the jury should be left to decide this important fact issue.”

Congress passed the federal FGM law in 1996, yet it has taken 21 years for a federal prosecution.

“Why is that?” Yore asked. “The facts alleged in the prosecution’s case demonstrate the secret underground network of FGM conspirators, who in the dark of night carry out their secret scheme to sexually assault unsuspecting little girls.”

Those conspirators often include the girls’ parents. The parents of the two girls brought to Nagarswala’s clinic in Michigan have lost custody for the time being.

“This is what the underground FGM trafficking networks looks like and, frankly, why it is so difficult for the government to bring FGM prosecutions under the federal law,” Yore said. “Like the mafia omertà, the code of silence among the community of FGM practitioners makes it extraordinarily difficult to save little girls from this hideous practice and to arrest and prosecute mutilators. This is exactly why the public—including teachers, pediatricians and the child welfare community — must be aware and vigilant about this torturous practice. The defense, by imposing a manufactured fact requirement of sexual gratification, attempted to obfuscate and rewrite legislative history of criminal sexual assault.”

Yore also observed that FGM also has no health benefits and that its trauma does come under the abuse (physical pain and psychological trauma), degrade (reduction of female sexuality) and humiliate (inability to perform basic biological functions) criteria.

“As an attorney in the child welfare system where every imaginable child abuse injury has crossed my desk, the genital mutilation and physical abuse inflicted on Dr. Nagarwala’s victims would be evidence that the defendant engaged in ‘torture’ and ‘sexual penetration with a foreign object’ under most state child welfare laws,” Yore said. “We must ask ourselves — did the women and girls who endured the horrors of FGM feel assaulted, both at the time of the procedure and for years after? I’m sure they did. Female genital mutilation is sexual assault, a sexual activity, a criminal sexual conduct perpetrated to suppress, inhibit, and destroy sexual pleasure. plain and simple, and it’s time to call FGM what it actually is.”

The Centers for Disease Control estimates that 513,000 women and girls in the U.S. are at risk for this gruesome procedure.

Despite the fact that the World Health Organization and the United Nations declared FGM a violation of human rights, more than 200 million women and girls are subjected to this torture around the world. Although the practice has been outlawed under federal law since 1996, about half the states in the country are enacting their own laws. At least 59 countries around the world outlaw FGM, including the United States.

The prosecution considers Nagarwala a flight risk because she has wealth and was arrested at the international terminal of the Detroit Airport.

Federal investigators believe Nagarwala may have “cut” upwards of 100 young girls over 12 years, most of them brought to her by a parent or other family member within the Shia sect.

The investigations have spread from Michigan and Minnesota to include New York, Chicago and Los Angeles.

Only a ‘nick’, says defense attorney

Whether Nagarwala and seven other defendants are ultimately convicted in the Detroit FGM case may come down to which expert testimonies are more convincing to a jury. Both sides will undoubtedly bring forth experts to explain exactly what type of procedure the girls were subjected to.

Nagarwala’s attorney, Shannon Smith, specializes in defending people against sex-crime charges. She said in an email that her client did not “mutilate” any girl’s genitals, but rather “nicked the outer foreskin, not the clitoris or labia,” as part of her sect’s ancient religious custom.

“I can appreciate that some people would still be against the nick to the foreskin,” said Smith, a self-described feminist, in the email. “I do want to point out, however, that the nick only amounts to Type 4 under the World Health Organization and is not prohibited by law.”

She said this “nick” was deemed OK by a hospital in Seattle that attempted to do it for Somali Muslim immigrants – the so-called Seattle Compromise put out by a group of multiculturalist medical professionals – and the American Academy of Pediatrics at one time released a paper supporting doing the nick in a safe way.

“Because of the pushback from the advocacy groups (and people quite frankly who over-sensationalize the topic like Ms. Yore), the hospital that was going to do the procedure chose not to and the AAP retracted their position paper,” Smith said.

“There is such a range when it comes to genital cutting that it is very unfair to classify all of it under the term ‘mutilation,’” she continued. “Everyone involved in this case, including my client, is against ‘mutilation.’

“Further, the nick to the foreskin removes far less than what is removed during a male circumcision which has been an accepted religious tradition for centuries. Although we tend to be egocentric and many people in the U.S. are not familiar with the thought of female circumcision or nicking the foreskin … that does not make it wrong.

“The bottom line is that female genital mutilation is not accepted (nor should it be), it’s not religious, it causes injury, it’s harmful and there are many bad side effects. The nick of the foreskin, on the other hand, is based on religious beliefs, more symbolic than anything else, causes no injury, no harm and there are zero side effects.”

Yore said the procedure is barbaric, painful, and has no place in America – no matter what the multiculturalists wish to call it.

“That’s what defense lawyers do. We saw this linguistic game played in the pro-life realm. It’s not a baby being killed, it’s a fetus being terminated. Likewise, it’s not a mutilation but a mere scraping, a mere nicking, we’ve even heard it called a ‘wiping.’ It’s the lies to defeat us, using nuanced language. If you read the forensic description in the criminal complaint it certainly was not a nicking, scraping or wiping. But Shannon is going to soft-pedal what this is. She can’t silence the truth.”

Tuesday’s scheduled hearing on a motion by Smith to dismiss one of the charges having to do with sexual assault, has been postponed till Dec. 4.

“They’re going to fight every step of the way,” Yore said. “She says I am sensationalizing it. I call what she is doing, linguistic lies.”

And at the first step on Monday, they won.

Leo Hohmann is a veteran journalist and author of the 2017 book “Stealth Invasion: Muslim Conquest through Immigration and Resettlement Jihad.” Donate to this website and help support his investigative reporting on topics most journalists are afraid to touch.

Cancel culture ramping up: Rejecting masks, vaccines may soon get you branded mentally ill and ‘banned’ from society

The Mission of Islam