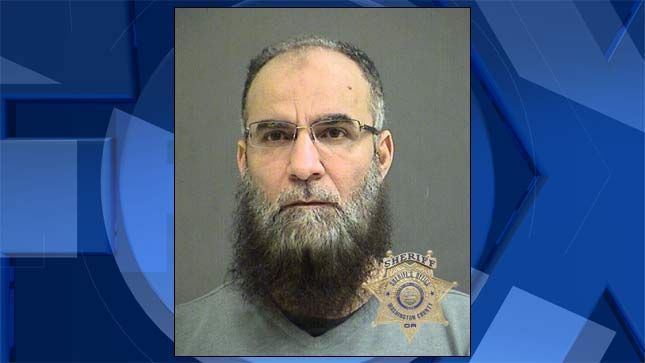 TIGARD, OR (KPTV) – A man who ran a business that provided private instruction on the Quran is accused of sexually abusing two underage students.

Muhammad L. Hasan, 50, of Corvallis, was indicted by a Washington County grand jury last week. He was arrested on seven counts of sex abuse Wednesday.

Investigators said the abuse began in 2016 when both girls were clients of Hasan at his Tigard business.

Police said Hasan ran AICQ [American Islamic Center of the Holy Quran], which provided private instruction on the Quran out of a storefront on the 11500 block of Southwest Pacific Highway.

Tigard Police Department investigators believe there may be additional victims. Anyone with information about this investigation is asked to call 503-718-COPS or email tips@tigard-or.gov.

Video report at the link above states he spoke through a court interpreter suggesting he is either a refugee or immigrant.

Muhammad L. Hasan, 50, was taken into custody on Wednesday on seven counts of sex abuse after two girls under the age of 14 reported him.

The abuse allegedly started in 2016 when the girls were clients of Hasan.

Police suspect there may be more victims.