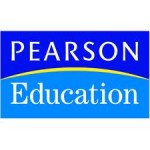 According to the “Financial Times” a publication owned by Pearson,The Sovereign fund of Libya initially took a 3.27 per cent stake in Pearson. 3.27% is a significant stake in what is the largest educational publishing company in the world. Pearson is a $9 Billion giant that dominates textbooks, testing, teacher evaluation, IT platforms for schools, and may have the largest investment in lobbying of any publishing company operating in the United States. Pearson is also a major supplier to states who have adopted the Common Core Standard.  So why does it matter that Libya may have had or still has a stake in Pearson?

According to a February 2012 study by Citizens for National Security about Muslim Biasedtextbooks in Florida, four are published by Pearson. Act for America conducted a 2011 study of Muslim-biased textbooks in America and concluded that Pearson published 13 titles where significant Muslim Bias was uncovered. At the time of the stake, Qaddafi was leader in Libya, and promoted his radical brand of Islam. The Arab world, and the Muslim Brotherhood have shown great interest in using education in the United States to indoctrinate American students about Islam. This publication reviewed Pearson’s 2013 World History, a high school level textbook, as an example of strident Islamic Bias. According to Stanley Kurtz in the National Review the Saudis have made strong gains in penetrating American schools:

How did they (the Saudis) do it? Very carefully…and very cleverly. It turns out that the system of federal subsidies to university programs of Middle East Studies (under Title VI of the Higher Education Act) has been serving as a kind of Trojan horse for Saudi influence over American K-12 education. Federally subsidized Middle East Studies centers are required to pursue public outreach. That entails designing lesson plans and seminars on the Middle East for America’s K-12 teachers. These university-distributed teaching aids slip into the K-12 curriculum without being subject to the normal public vetting processes. Meanwhile, the federal government, which both subsidizes and lends its stamp of approval to these special K-12 course materials on the Middle East, has effectively abandoned oversight of the program that purveys them (Title VI).

Enter the Saudis. By lavishly funding several organizations that design Saudi-friendly English-language K-12 curricula, all that remains is to convince the “outreach coordinators” at prestigious, federally subsidized universities to purvey these materials to America’s teachers. And wouldn’t you know it, outreach coordinators or teacher-trainers at a number of university Middle East Studies centers have themselves been trained by the very same Saudi-funded foundations that design K-12 course materials. These Saudi-friendly folks happily build their outreach efforts around Saudi-financed K-12 curricula.

So let’s review. The United States government gives money — and a federal seal of approval — to a university Middle East Studies center. That center offers a government-approved K-12 Middle East studies curriculum to America’s teachers. But in fact, that curriculum has been bought and paid for by the Saudis, who may even have trained the personnel who operate the university’s outreach program. Meanwhile, the American government is asleep at the wheel.”

Muslim Brotherhood documents seized by the FBI and presented at the Holy Land Foundation Trial in Texas revealed a plan by Muslim Brotherhood and their subsidiary organizations like CAIR to penetrate and indoctrinate American K-12 students.

Would it not follow that a large Libyan stake in Pearson  would tend to influence how textbooks are written? Key Pearson textbook consultants on Islam, Susan Douglass and Shabbir Mansuri have both been connected to the Muslim Brotherhood and voiced strong support of Islamic Madrassah, Islamic schools where hate for Jews and Christians is a daily lesson. The Pearson Libyan connection and others who may own Pearson bear deeper scrutiny.