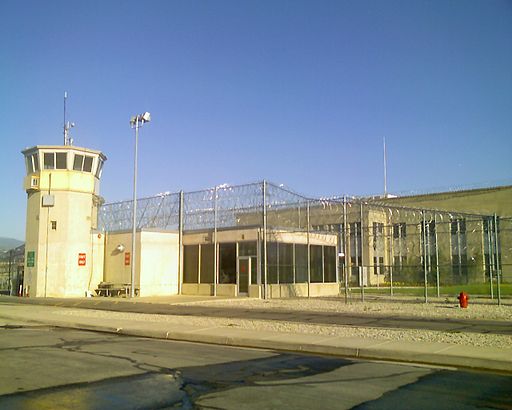 Caving into the demands of a terrorist front group, the City of Atlanta Detention Center in Georgia is allowing female Muslim inmates to wear a head scarf (hijab) used as a symbol of modesty in the Islamic dress code. Hats and other head covers are banned in American state and federal prisons for security and safety reasons. Making an exception to this rule to appease followers of one religion sets a dangerous precedent. Besides, the Quran doesn’t require Muslim women to wear a hijab. The cover is optional and those who wear it do so willfully as an act of worship.

Nevertheless, corrections officials at the City of Atlanta Detention Center changed the rules to satisfy the Council on American-Islamic Relations (CAIR), a co-conspirator in a federal terror-finance case involving the Hamas front group Holy Land Foundation (read more in a Judicial Watch special report that focuses on Muslim charities). CAIR was founded in 1994 by three Middle Eastern extremists (Omar Ahmad, Nihad Awad and Rafeeq Jaber) who ran the American propaganda wing of Hamas, known then as the Islamic Association for Palestine. The Obama administration allowed CAIR to transform the way U.S. law enforcement agencies conduct anti-terrorism training by allowing the group to bully agencies at the local, state and federal level to alter counterterrorism training materials determined to be discriminatory against Muslims.

This includes getting the Federal Bureau of Investigation (FBI) to purge anti-terrorism training curricula of material coined “offensive” to Muslims. Judicial Watch uncovered that scandal, obtained the FBI records and published an in-depth report. CAIR also got several local police departments and the U.S. military to eliminate anti-terrorism training materials and instructors deemed anti-Muslim. At CAIR’s request, Obama’s Chairman of the Joint Chiefs of Staff, General Martin Dempsey, ordered the U.S. military to “scour its training material to ensure it doesn’t contain anti-Islamic content.” It’s not clear if the Trump administration obliged with CAIR’s March, 2017 demand that the Air Force sever ties with instructor Patrick Dunleavy, a former deputy inspector general for the New York State Department of Corrections who’s testified before Congress on the threat of Islamic radicalization in the nation’s prison system. CAIR wants to oust Dunleavy over his ties to a reputable think-tank recognized as a comprehensive data center on radical Islamic terrorist cells. CAIR accuses the research group, Investigative Project on Terrorism (IPT), of being an “anti-Muslim propaganda mouthpiece.”

The Atlanta hijab issue surfaced last year when one of CAIR’s Georgia directors got arrested. Authorities instructed the CAIR director, Asma Elhuni, to remove her hijab during boking and she refused, citing her religious beliefs. The incident launched a campaign to change the rules at the jail facility that houses offenders from throughout Fulton County, the state’s most populous. CAIR said Elhun “bravely defended her constitutional rights”and ordered a policy change. This week, the group thanked City of Atlanta Detention Center Chief Patrick Labat for agreeing to a policy that protects religious freedom. To celebrate, CAIR is providing the jail with hijabs, “in-bulk free-of-charge.” Now CAIR is demanding that female inmates be granted the option of taking their booking photos in the presence of only female inmates and female staff to avoid violating their religious beliefs involving men.

Years ago, CAIR published and distributed a Correctional Institution’s Guide to Islamic Religious Practices  to help prison officers and administrators gain a better understanding of Islam and Muslims. The 20-page handbook is designed to help prisons formulate and implement policies that will help create a culturally sensitive environment and facilitate rehabilitation in the country’s prisons. It also serves as a guide to the “religiously mandated practices of incarcerated Muslims and their visitors.” Though most prisons around the nation continue to follow the rule of law, a few have caved in to CAIR’s hijab demands, including facilities in Hennepin County Minneapolis and Lucas County Ohio. In 2016, a federal court dismissed a lawsuit against sheriff’s deputies in Oceana County Michigan for making a Muslim woman remove her headscarf during booking. The lawsuit accused the officers of violating the woman’s constitutional rights to free exercise of religion and free expression guaranteed by the First and Fourteenth Amendments.