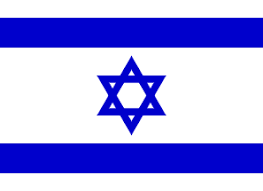 Nothing makes Palestinian supporting BDS boycotters squeal louder than when they themselves become  victims of their own tactics.

Israel Strategic Affairs Ministry will deny entry for BDS activists if they fall into one of these four categories.

1.   Individuals with senior positions or significant roles in a BDS promoting organization, such as senior staff, board chairman, or board members.

2.    Key activists who take a consistent and continuous role to promote BDS.

3.    Institutional officials, such as mayors, who promote BDS in an active and ongoing way.

4.    People who arrive in Israel as representatives of one of the 20 designated  BDS supporting groups.

When the Arab countries of the Middle East could not stop the UN from declaring Israel’s Statehood in 1948, they chose war.  Israel’s Arab neighbors joined forces in 1948, 1967, and 1973 to once and for all destroy Israel, just as Mohammad did to the Jewish tribes of Medina (Yathrib) in 627 AD.

The Israelis however, did not cooperate and die, but instead humiliated their Arab enemies on the field of battle.  In the 1967 Six Day war the Israelis won additional lands in the Sinai, West Bank, Gaza, all of Jerusalem, and the Golan.  The Arab Muslims tried again to wipe Israel off the map in 1973 and were again defeated.

We all know that if Israel lost any of these wars against her neighbors she would cease to exist. There would be a wholesale slaughter of Israeli men, women, children, that would make ISIS look like amateur sadists and murderers.

The Arab armies instructed the Muslims living in Israel to leave their villages and return after Israel was defeated in both the 1948 and 1967 wars.  Many Arab Muslims left Israel voluntarily and many stayed.

You know the old saying, no good deed goes unpunished?  After Israel won the 1948 War of Independence,  Israeli Prime Minister Golda Meir declared, ” The Jews should treat the remaining Arabs with civil and human equality, but it is not our job to worry about the return of those who have fled.”  It is that human decency shown by the Israelis to their defeated enemies that haunts them to this day.

The reality set in very quickly the Arab Muslims could not defeat the Israelis in battle so they came up with a scheme demanding all the Arab Muslims who voluntarily left Israel to have the ‘Right of Return’.

Over the years just about every Muslim in the Middle East declares themselves a Palestinian Refugee along with their kids and their kids now totaling some four million people unconfirmed sources say.

The UNRWA (United Nations Relief and Works Agency For Palestine) created in 1949 has been providing money and aid to ‘Palestinian Refugees’ transforming itself into a lucrative cottage industry.  The UNRWA website lists their 2010-2011 Budget at $1.23 Billion.

It has been argued the Palestinian leadership would rather keep the Billion plus dollars a year in refugee money flowing in,than risk getting cut off if a peace deal with Israel is accepted.  Keeping the UN money revenue stream flowing is Hamas and the PLO  maximizing their own self interests.  How you ask?

The Palestinians and her Arab Muslim neighbors ultimate goal is to destroy the State Of Israel.  How do I know this and you don’t?  It’s in the Hamas Charter,

The facts and evidence presented above shows the Palestinians are not interested in peace or land,  only the destruction of Israel.

The Palestinians and their Arab Muslim neighbors can’t destroy Israel militarily so they now use a combination of bloody violent terrorism and the BDS Movement as a means to an end.

As the enemies of Israel bide their time, we learned the UNRWA funds Hamas and the PLO over 1 Billion dollars a year keeping this conflict in the financial black.  The BDS supporters are knowingly or unknowingly aiding and abetting in this deadly battle – it frankly doesn’t matter if they connect the dots or not because their anti Jewish and anti Israel world views are driving them in many cases.

President Trump is cutting off the $260 Million earmarked through USAid to the Palestinians.  Pres. Trump rightly believes if the Palestinians don’t want peace its foolish to keep funding them.  President Trump has seen this Palestinian/Israeli conflict continue in the same old predictable ways from one administration to the next.  Breaking this never ending cycle of unrest begins with cutting off the UN funding that fuels it.

Israel is now denying BDS leaders and activists entry into the State of Israel.

Jewish Voices For Peace (JVP)  is one of the Palestinian BDS groups Israel is boycotting.  JVPs leadership response to being boycotted is so hilarious I couldn’t stop laughing.

On the JVP website in a January 8, 2018 article titled, “To Our Members Who Are Concerned About The Israeli Ban On JVP Activists” they offer this advice to their traumatized membership.

1.    Community Huddle:  We can use this time to ask questions, share knowledge, swap ideas, and offer support to one another.

2.    Pastoral Care:   If you’d like to be connected with a rabbi to help you process your feelings or emotions related to the ban, please fill out this easy form or email ilana.lerman@jvp.org.

JVP are the people who have chosen to ally themselves with the Jewish hating terrorist groups Hamas and the PLO to inflict as much economic harm on the State of Israel, in the name of some false peace through the BDS Movement.

When Israel employs the same tactics JVP uses against them, by boycotting their leadership entry into Israel, it results in their members needing a group hug and pastoral care.

JVP ignores the calling for the “obliteration of Israel” in their partners Hamas Charter.  JVP is ignorant to the fact that there Hamas and  PLO partners hatred of the Jewish people applies to them too. When Hamas finds the  Jews of JVP no longer useful Hamas will turn their long knives on them too.