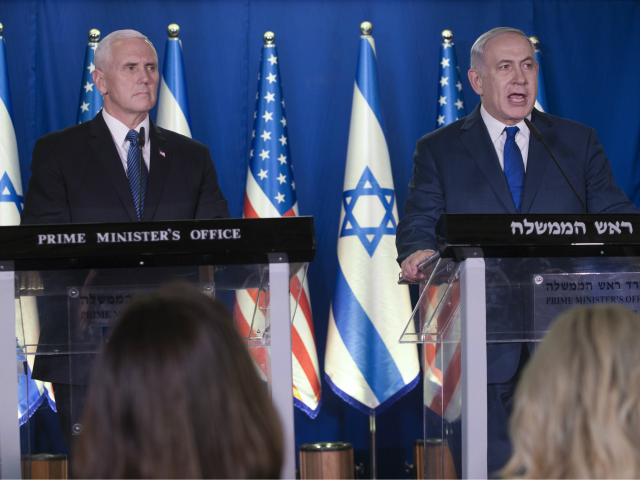 The Times of Israel reports: Prime Minister Benjamin Netanyahu on Monday evening thanked the US administration for its tough stance on Iran, saying Washington stands on “the right side of history” for rejecting the nuclear deal and supporting Iranian protesters’ recent demonstrations against the regime.

At a joint press appearance with visiting US Vice President Mike Pence, Netanyahu lambasted European leaders for their responses to the recent protests across Iran, and called on world leaders to agree to the White House’s policy to demand substantial changes to the Iran nuclear deal, which six world powers signed with Tehran in 2015.

“I want to salute both President Trump and you, Mr. Vice President, for standing with the people of Iran, when so many in Europe and elsewhere, were shamefully silent,” Netanyahu said, standing alongside Pence at the Prime Minister’s Residence on Jerusalem’s Balfour Street.