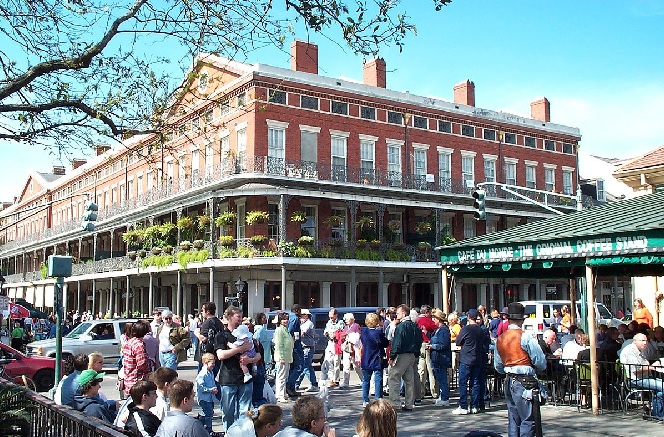 As reported by Senator Conrad Appel on The Hayride last week, this development is especially puzzling given the myriad of problems-crime, economic development, a rapidly disappearing tax base-facing the Crescent City’s policymakers.

But what the clearly anti-semitic members of the New Orleans City Council are probably far too ignorant to know is that they have now aligned themselves with a movement with ties to an officially designated Foreign Terrorist Organization (FTO): HAMAS.

HAMAS is a vicious Jihadist organization that has carried out numerous “martyrdom operations” (suicide bombings) against civilian targets in Israel. HAMAS was also co-founded by the same man who co-founded Al Qaeda with Osama Bin Laden, Abdullah Azzam. (As an aside, the Palestinians have named a boys elementary school after Azzam.)

The BDS Movement and HAMAS share the same goal: the elimination of Israel.

HAMAS officials have publicly expressed appreciation and support for the BDS movement, which they see as a means to isolate and undermine Israel in the world community. Thus far, their efforts have been largely unsuccessful in the United States, with the New Orleans City Council being a notable exception.

HAMAS jihadists, such as Izzat al-Risheq, have previously criticized the Obama administration for refusing to support the BDS movement.

According to the Gatestone Institute, HAMAS jihadist Ahmed Bahr specifically called for international organizations to coordinate the BDS campaign to “isolate” Israel and force it to “succumb” to their demands. Like al-Risheq, Bahr also lashed out at the Obama administration for refusing to support the BDS movement.

So, the New Orleans City Council has allied itself with a movement that the Obama administration refused to support. So they can’t claim that this is a protest against Trump administration policies.

But the ties between the New Orleans City Council’s friends in the BDS movement and HAMAS are much more direct than this.

Former US Treasury Department terrorism analyst Jonathan Schanzer has uncovered that no fewer than 7 individuals who work for the BDS movement previously worked for entities that were shut down for providing material support for HAMAS or were held civilly liable for same. These include three Islamic charities that were shut down for funding Jihadist terrorism, including HAMAS.

The definition of material support for terrorism included “intangible services.”

Given the connections of the BDS movement to HAMAS and the aid and comfort that has been provided by the City Council’s resolution, could a case can be made that the New Orleans City Council is now the first U.S. government entity to, as a matter of policy, to provide material support for terrorism?

What a terrible mark for the city.