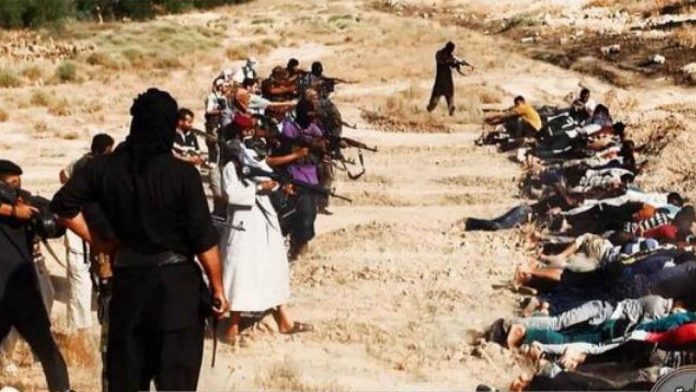 “215 million Christians experience high levels of persecution” around the world, says Open Doors, a human rights organization. On its recently released World Watch List 2018, which ranks the world’s 50 worst nations wherein to be Christian, 3,066 Christians were killed, 1,252 abducted, and 1,020 raped or sexually harassed on account of their faith; 793 churches were attacked or destroyed.

The Islamic world has the lion’s share of Christian persecution; 38 of the 50 worst nations are Muslim-majority.  The report further cites “Islamic oppression” behind the “extreme persecution” that prevails in eight of the top 10 worst nations.   In short, the overwhelming majority of persecution that these 215 million Christians experience around the world—especially the worst forms, such as rape and murder—occurs at the hands of Muslims.

But if the World Watch List ranks North Korea—non-Islamic, communist—as the number one worst persecutor of Christians, why belabor the religious identity of Muslims?  Surely North Korea’s top spot suggests that Christian persecution is not intrinsic to the Islamic world but is rather a byproduct of repressive regimes and other socio-economic factors that especially proliferate throughout the Muslim world?

Here some important distinctions need to be made.   While Christians are indeed experiencing a “life of hell” in North Korea, overthrowing Kim Jong-un’s regime could not only lead to a quick halt to this persecution but also to a rise of Christianity—as happened in Russia.  Under the Soviet Union, between 12 and 25 million Christians were killed for their faith and approximately 153,000 churches were shut down.  Since the fall of the Soviet Union in 1991, about a thousand churches have been (re)built every year; and according to a 2014 Pew report, between 1991 and 2008, Russians identifying themselves as Orthodox Christian rose from 31% to 72%.  And that “South Korea is so distinctively Christian” reflects what could be in store—and creating fear for—its northern counterpart.

In the Islamic world, the fall of dictatorial regimes rarely alleviates the sufferings of Christians. On the contrary; where secular dictators fall—Saddam in Iraq, Qaddafi in Libya, and attempts against Assad in Syria—persecution of Christian rises as a grassroots byproduct.  Today, Iraq is the eighth worst nation in the world in which to be Christian, Syria is fifteenth, and Libya seventh.  Under dictators, these countries were significantly safer for religious minorities.

Similarly, the only countries that were part of the former Soviet Union that still persecute Christians are, rather tellingly, the Muslim-majority ones of Central Asia. These include Uzbekistan (#16 worst persecutor), Turkmenistan (#19), Tajikistan (#22), Kazakhstan (28) and Azerbaijan (45).

The “extreme persecution” of Christians throughout the Muslim world is part of a continuum—or “tradition”—that started nearly 14 centuries ago.  The same patterns of persecution prevalent today—including blasphemy and apostasy attacks, restrictions and/or attacks on churches, and a general contempt for followed by the vile treatment of “subhuman infidels”— are often identical to those from centuries past.

That those persecuting Christians come from a wide variety of racial, linguistic, cultural, and socio-economic backgrounds—from African, Arab, Asian, and Caucasian nations—and share little in common with one another, except for Islam, further underscores the true source of the persecution.

If time is on the side of Christians living under communist regimes, it is not on the side of Christians living under Islam; quite the opposite.  Carthage, once a bastion of Christianity—where one of Christendom’s greatest theologians (St. Augustine) was born and where the New Testament canon was confirmed in 397 AD—is today 99 percent Muslim-majority Tunisia.  Centuries of persecution and dhimmi status are responsible for the demographic shift it and other former centers of Christianity—such as Egypt (#17) and Turkey (or Anatolia, formerly the great Byzantine Empire, #31)—have experienced.

Long after North Korea’s psychotic Kim Jong-un has gone, tens of millions of Christians and other “infidels” will continue to suffer persecution, till what began in the seventh century reaches fruition and the entire Islamic world becomes “infidel” free, as it is in some regions and on its way to becoming in others (e.g., Iraq).   Confronting these discomforting facts is the first real step to countering the world.